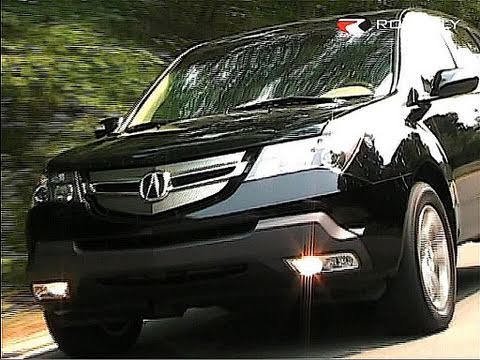 Everyone in the car business has a learning curve. Toyota didn't hit a grand slam when it came to their first generation Camry, Sienna, or Corolla. Nissan had trouble launching their Armada and Altima. Even the mighty General that is GM had dozens of models that started in the doldrums of buyer awareness because, well, who the hell wants a Relay or a Terraza?

Sometimes it take years. Other times decades. More often than not, that model will first fade into the alphabet soup of rental car hell before it finally succumbs to the lack of demand from the public.

But then there's Honda. At first Honda didn't even sell Hondas when it came to SUVs. The first Honda SUV was actually an Isuzu in drag. It was called the Honda Passport. A rolling entry-level mistake that should have been revoked at the earliest opportunity.

The sales and long-term reliability of the Honda Passport was abysmal. Unfortunately, mistakes often come in threes in the car business, and Honda decided that they wanted to take the archaic Isuzu Trooper, a model that was still stranded in the early 1990's, and turn it into their flagship SUV right up until the year 2000.

The Acura SLX was such a sales dud that out of over 1.3 million vehicles in our long-term reliability, fewer than 50 are of the SLX. The model more or less got shot right when it was released. Consumer Reports put the Acura SLX and its sibling, the Isuzu Trooper, on their scope of 'Not Acceptable' vehicles due to the SUVs rollover risk. That, along with high rates of transmission failures relegated the SLX into a quick and irreversible journey into Honda's rather small dustbin of defunct model names.

So what did Honda decide to do for their next flagship SUV? Well, first they took a homegrown product, the mid-size Honda Pilot, and gave it nicer seating and interior appointments. Throw in a grille that matched all the other Acuras that weren't a sports car, and they ended up with the Acura MDX.

Sales went up by more than four-fold and Acura had their first smash hit since the Acura Legend. The interiors of these models were a gold standard and Acura finally became a force in the mid-size SUV market.

Sadly, this luxury SUV came with one fatal defect that would haunt millions of Hondas and Acuras over the next several years.

Transmission failures. From 1998 thru 2003 (and portions of 2004) Hondas equipped with the V6 engine and 5-speed automatic experienced failure rates that were among the highest in the industry. It took recalls and a redesign to help turn that around, but by mid-2006, the damage was done.

The good news? 2006 thru 2009 models equipped with Honda's new 5-speed automatic are quite reliable. But then there's another unexpected hiccup that took place in 2010 due to the introduction of a 6-speed automatic that has trouble handling all that heft.

So if your family is on the hunt for a Honda SUV, stick to those models that offered the improved 5-speed automatic. The long-term reliability of that generation will be among the best in the business.