Truck Trends I’m Thankful Are No Longer Around 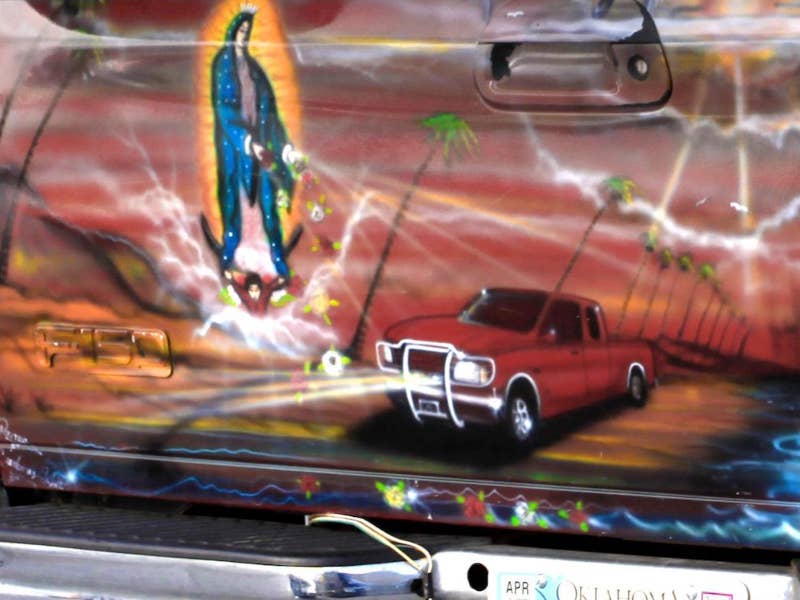 Don’t get it twisted; I grew up on mini trucks. I loved mini trucks. Every month, I bribed my mom with chores in exchange for the latest issue of Mini Truckin’. I would thumb through those pages to the point where they would no longer stay bound. Mini trucks were my first introduction into custom vehicles and I certainly didn’t mind a couple attractive ladies on the cover as an elementary-aged kid, either. Looking back at this period in truck history, it's reminiscent of all '80's and ‘90’s fads – silly. The paint was wild and crazy, the modifications were bonkers and the large, mullet wearing, neon-mirrored-wrap-around-sunglasses-sporting dudes driving them didn’t make it any better. I’m equally thankful for mini trucks and their place in automotive history as I am that this period is behind us and will never, ever return.

Apparently, these tubular support beams became popular because they were rumored to provide structural rigidity to the bed and / or protected the truck in the possibility of a rollover. None of these reasons really make sense because the bars were mounted simply by a few bolts and would rip out in an accident. I’ve also read that these bars provided something for people riding in the bed to hold onto. However, I think this accessory was just a way for rednecks to add a little bling to their otherwise rusty rigs and an attractive method to mount KC lights. Although there are some updated versions of this trend including the new GMC All-Terrain X, which comes with a vintage style roll bar from the factory, this fad is dead and gone and I’m thankful for that.

There was a point in time when people viewed the flat, horizontal space on the rear of their truck (aka the tailgate) as a fantastic canvas for an airbrushed work of art. We’ve all seen these; depicting the vehicle they’re adorned upon, some sort of religious tribute or head-scratching fantasy scene. I really don’t think these were ever cool but perhaps in certain circles, they were loosely accepted. The types of trucks these murals were painted on ranged widely from redneck rust buckets to lowriders with the only common denominator being the art itself. There were so many hilarious examples on the net, I just had to provide a gallery below. Enjoy.

Have a happy Thanksgiving!