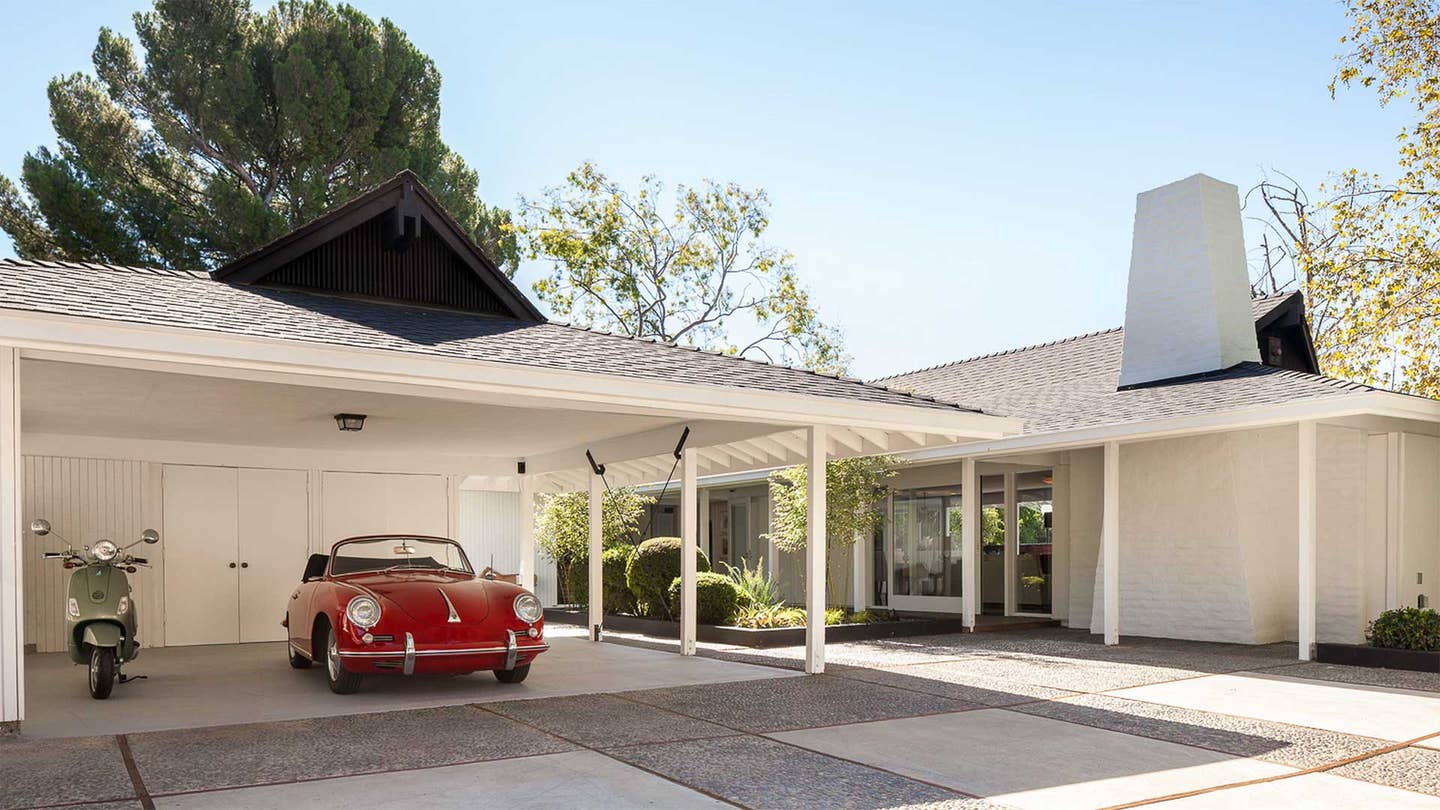 Jonah Hill, the Superbad sad sack-turned-Oscar nominee, is selling his California home. The mid-century modern dwelling, located in the Laurel Canyon area of Los Angeles, is listed by Hilton & Hyland for $2.995 million.

While the listing, which we first spotted on LA.Curbed.com, called the house a marvel with copious natural light and a “lush zen courtyard entrance,” we were entranced by a shiny red thing under the portico: a circa-1960 Porsche 356 cabriolet.

Rona Passman of Hilton & Hyland, the listing agent on the property, confirmed that the 356 sitting in the driveway did not, in fact, belong to Hill. Are we surprised that the 31-year-old actor did not own this predecessor to the 911? A little.

The paparazzi have snapped him in and out of an assortment of luxury vehicles over the past couple of years, including an Audi S5, SQ5 and Porsche 911 Carrera. We can infer his loyalty to German-engineered machines; why not go vintage?

We’re not sure who’s idea of fun it was to park the 356 in the listing. The car looks damn good paired with the house, though. Here’s hoping the new owners take the hint and park era-appropriate vehicles there.