Here’s Everything That Happened Overnight in VW’s Dieselgate 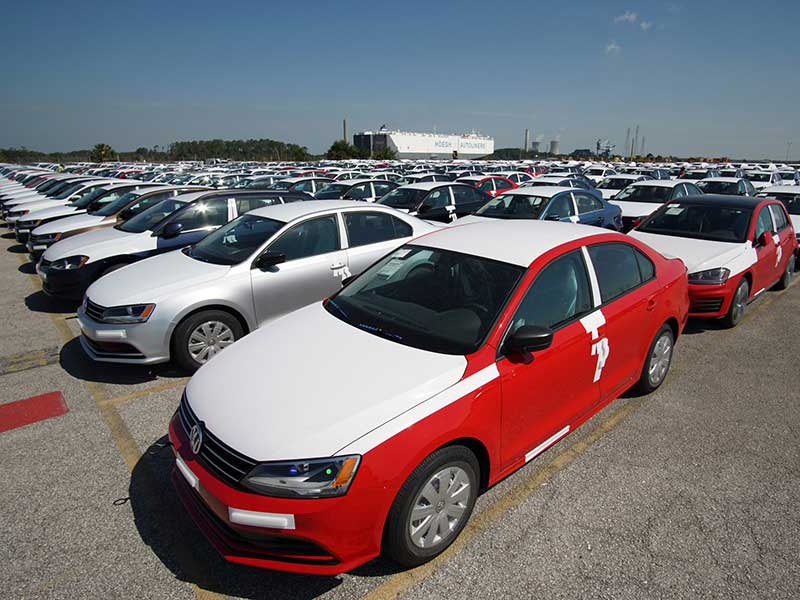 Volkswagen, recently discovered by the U.S. Environmental Protection Agency and California’s Air Resources Board (ARB) to be tampering with emissions software on four-cylinder diesel engines, finds itself in a mushrooming scandal of global scope. The diesel-engine fiasco enveloping the People’s Car has sucked up more people, and more cars, in the overnight hours between September 21 and September 22. Here’s a quick rundown:

Now worldwide: The countries of South Korea, Germany, France and Italy are demanding similar investigations of Volkswagen Group passenger cars equipped with diesel fours. Volkswagen says as many as 11 million cars are affected.

CEO ousted? German business newspaper Der Tagesspiegel is reporting that Martin C. Winterkorn, the embattled CEO of Volkswagen AG, will be replaced by current Porsche Cars boss Matthias Müller. Volkswagen denies the assertion, but there is little doubt in most analysts’ eyes that top brass will not go unshuffled.

Plummeting stock: The scandal has precipitated a Trading Places-style selloff in Frankfurt, with the German conglomerate’s stock losing as much as 38 percent over the past two days of trading.

Show goes on: Meanwhile, Lenny Kravitz, in clear violation of his bedtime, rocked New York on Monday night during the introduction of the refreshed 2016 Volkswagen Passat TDI sedan. Says The Drive’s own Ben Preston of the night:

[Volkswagen USA chief Michael] Horn said "I screwed up," and PR people cleared out early. Lenny's coolness was unruffled, and his '70s Afro princess backup singers didn't seem to give a hoot about VW. Some random guy climbed up on stage and did some break dancing (Lenny seemed to enjoy it, but the security guy was furious), and Lenny did a little guitar grind on one of the booth professionals. She was very professional. Maintained composure like a Buckingham guard.