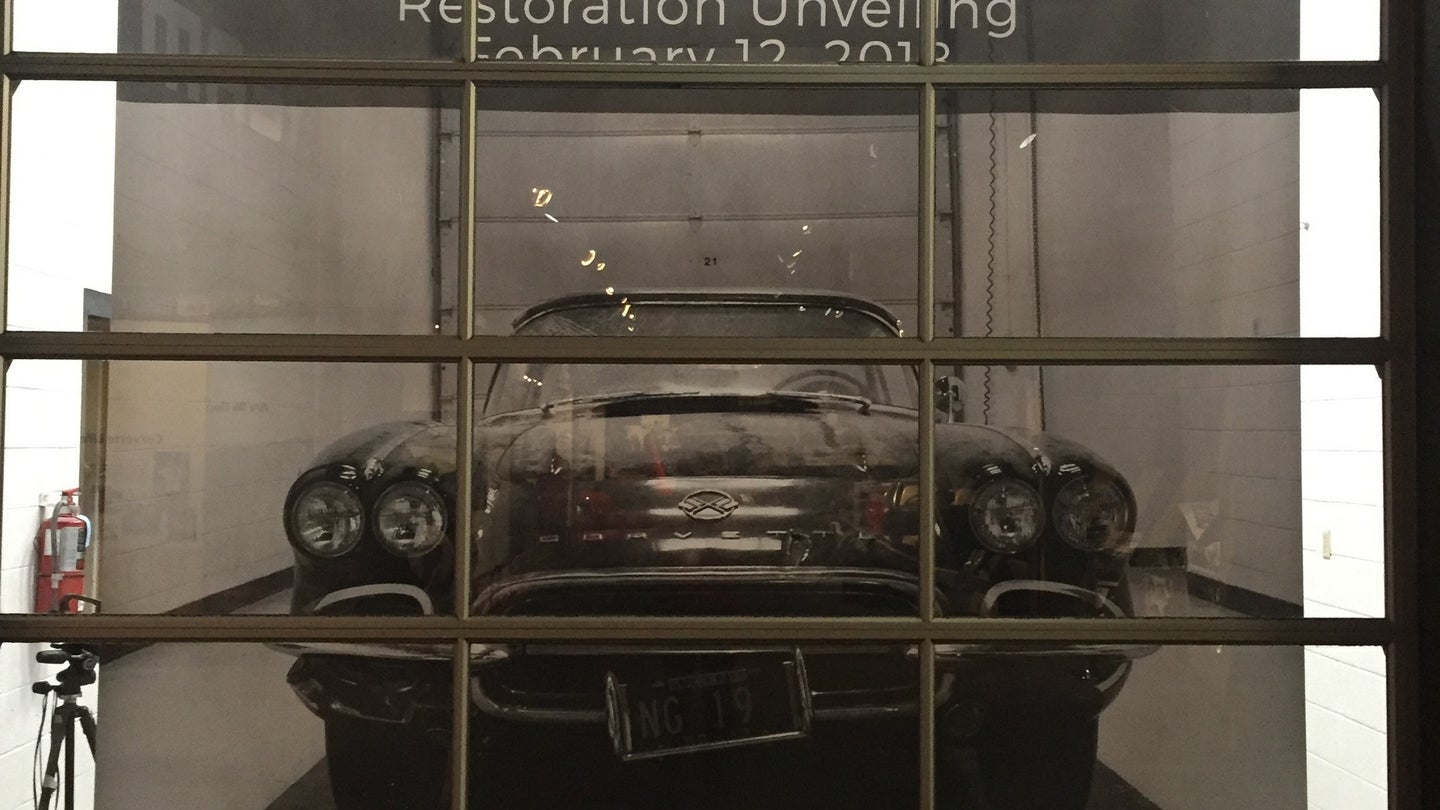 The sinkhole at the National Corvette Museum in Bowling Green, Kentucky was one of the biggest stories in the car world in 2014. The earth opened up and tried to swallow eight very special Corvettes, some of which were damaged beyond repair. Luckily, it happened while the museum was closed and the only victims of the sinkhole were cars with no human injuries or fatalities.

The Corvette Museum took what could have been a disaster and turned it into an opportunity for a new attraction. Upon hearing about the sinkhole, a lot of people made trips to the museum just to see it for themselves. A new exhibit opened in 2016 called "Corvette Cave In: The Skydome Sinkhole Experience" where visitors can get the whole story of what happened with the sinkhole and see what’s left of it.

The museum was burdened with what to do with the damaged cars. Five of the eight sinkhole Corvettes were deemed damaged beyond restoration, but they remain on display in the museum in their heavily damaged states. The three that would be restored were a white 1992 C4 convertible (which was the one-millionth Corvette built), a blue 2009 C6 ZR1, and a Tuxedo Black 1962 C1 which was donated in 2011. Restoration is complete on the C4 and the C6, the black C1 just finished its restoration. It’s about to be unveiled on the fourth anniversary of the infamous sinkhole, returning to its original spot on the museum floor.

“For me, it’s been an honor to perform the restoration of the 1962 [Corvette],” said National Corvette Museum vehicle maintenance and preservation coordinator Daniel Decker in a statement. “This Corvette as well as the other seven made international headlines. Visitors travel from all over the world to visit our Museum and see these cars. I can’t wait for them to see the transformation.”

Check out the unveiling for yourself at the NCM Feb. 12. If you can’t make it to Bowling Green, the museum will stream the unveiling on Facebook live at 9:00 a.m. CST.