Check Out the Ridiculous World of Bosozoku

Noriyaro explores one of Japan’s strangest facets of car culture. 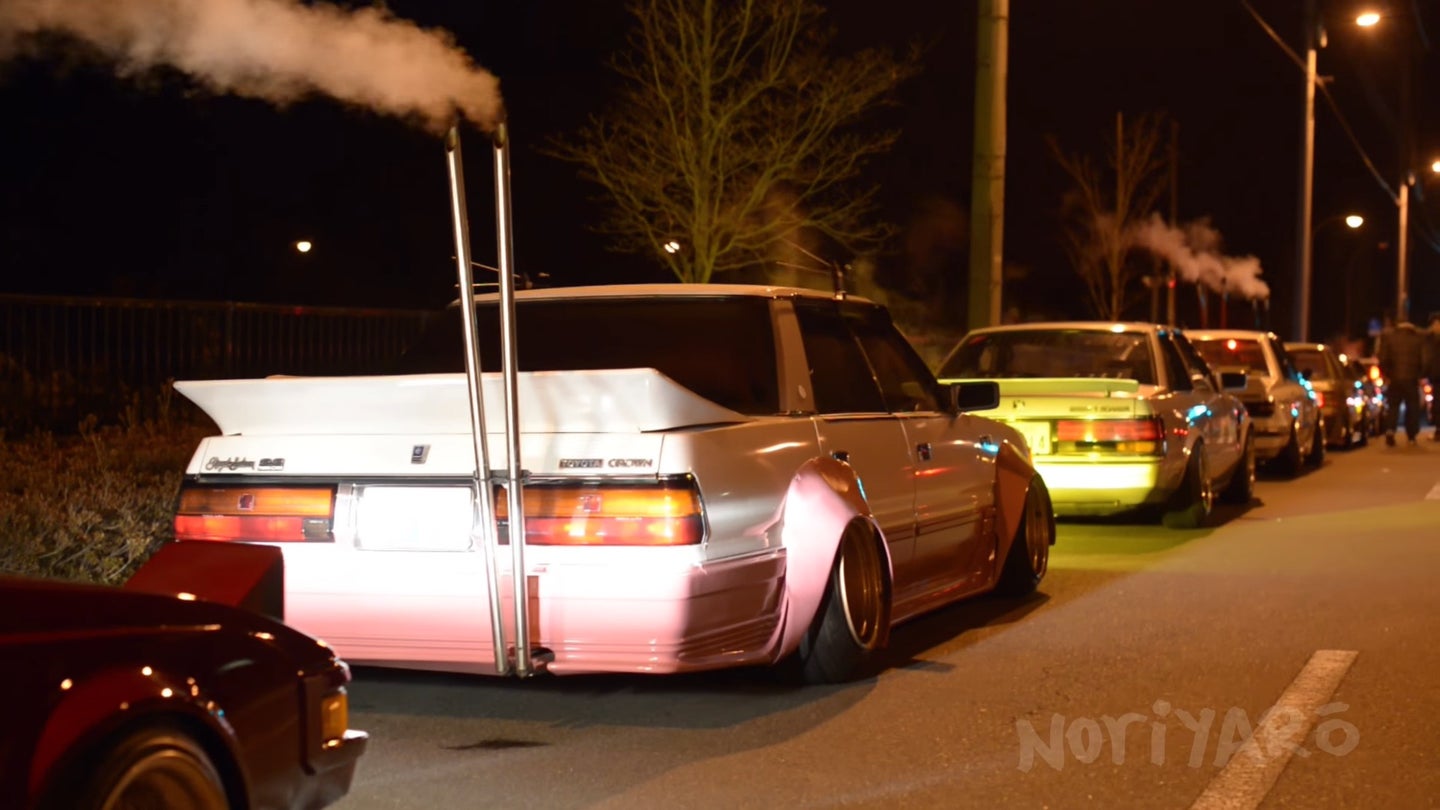 Here's the situation: After watching Tokyo Drift and Initial D a million times,  you finally have enough money to buy a plane ticket to Japan so you can experience the JDM culture you saw on the big screen properly. You land in Tokyo expecting to be overwhelmed with insane parking structure meets, but instead, you come across a bunch of cars that look straight out of old Transformers cartoons.

A video courtesy of JDM enthusiast Noriyaro gives us a glimpse into the funky side of the Japanese tuner community known as Bosozoku. The film takes us for a ride on the desolate highways of Japan, briefly disturbed by dozens of heavily-modified Japanese icons before arriving at a parking lot for one of the strangest car meets we've seen.

Bosozoku roughly translates to "violent running gang," and there are indeed motorcycle gangs that make up part of the subculture.  However, the word primarily refers to the aggressive (violent) styling that defines these cars. The current Bosozoku look is a combination of car culture styles from the 1970s, '80s, and '90s. It takes the huge exhaust pipes from Japanese motorcycle culture, lowered look from the Shakotan style, massive fender flares from the Yanky style, and choice of vehicle from the Grachan ('70s racing), VIP (modified luxury), and Kyusha (modified classic car) styles.

Think of Bosozoku as American stance culture on steroids. When the rest of the world started adopting JDM aspects of tuning culture, the Japanese had to look for wilder ways to make their cars stand out like adding ridiculous body kits and tons of exterior lighting. You can love it or hate it, but you have to respect Bosozoku for exploring how far car customization can go.

From Kanjozoku Civic Hatchbacks To A Chopped Ford Model A Rat-Rod, Wekfest Japan has it all.

This Is How Japan Does Euro Style

From a ‘slant nose’ Porsche 996 Turbo to an S54-swapped E30 convertible, this is how Japan tuners do Euro style.

Itasha-style isn’t popular, but these proud Otaku wouldn’t have it any other way.