How do you make your small French import look cool? Turn it into a rally car. 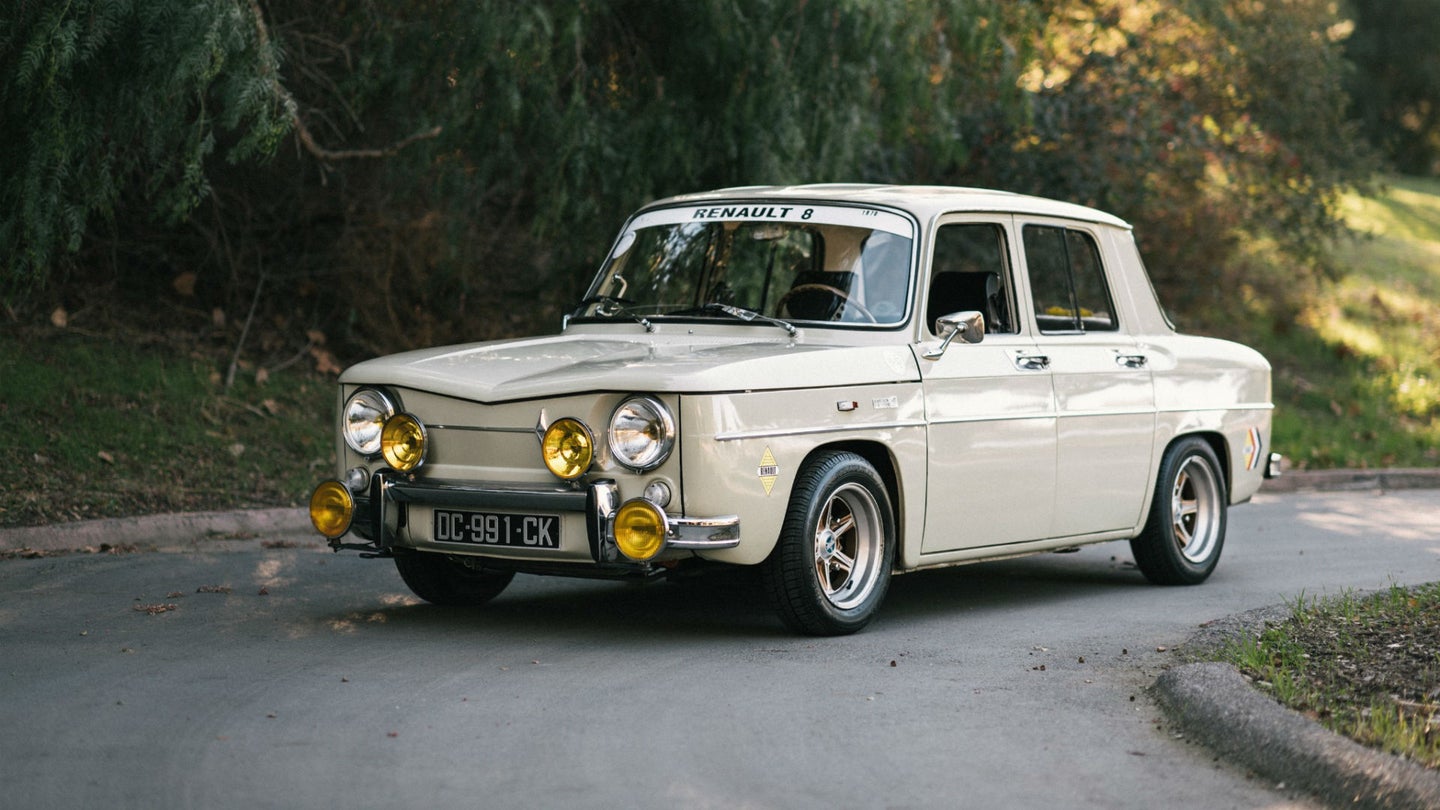 With many classic racing icons selling for hundreds of thousands of dollars, we at The Drive are committed to bringing you some more affordable alternatives that are up for sale so you can potentially live out your dream of owning a race or rally car without breaking the bank.

Our latest find is this beautiful 1970 Renault 8 on Bring a Trailer that's been overhauled with rally-inspired modifications. The first owner bought it new in France, where it resided for 47 years until it was imported to the U.S. a few years ago. The French owner heavily modified the Renault for road rallies, and the decals on the rear window suggest that the car participated in a number of local events.

The seller says the 8 has had a larger 1,289cc engine from a Renault 12 TS (making roughly 65 horsepower) and a 4-speed manual transmission fitted, and notes that the engine has 5,613 miles on it (chassis mileage is unknown). New brake pads have also been installed when the car was serviced recently.

The Renault 8 was a small rear-engined, rear-wheel drive economy car with an 11-year production run. The rally-inspired modifications on this example actually aren't out of place, as 8s participated in rallies across Europe, South Africa, and Australia in the 1960s and '70s.