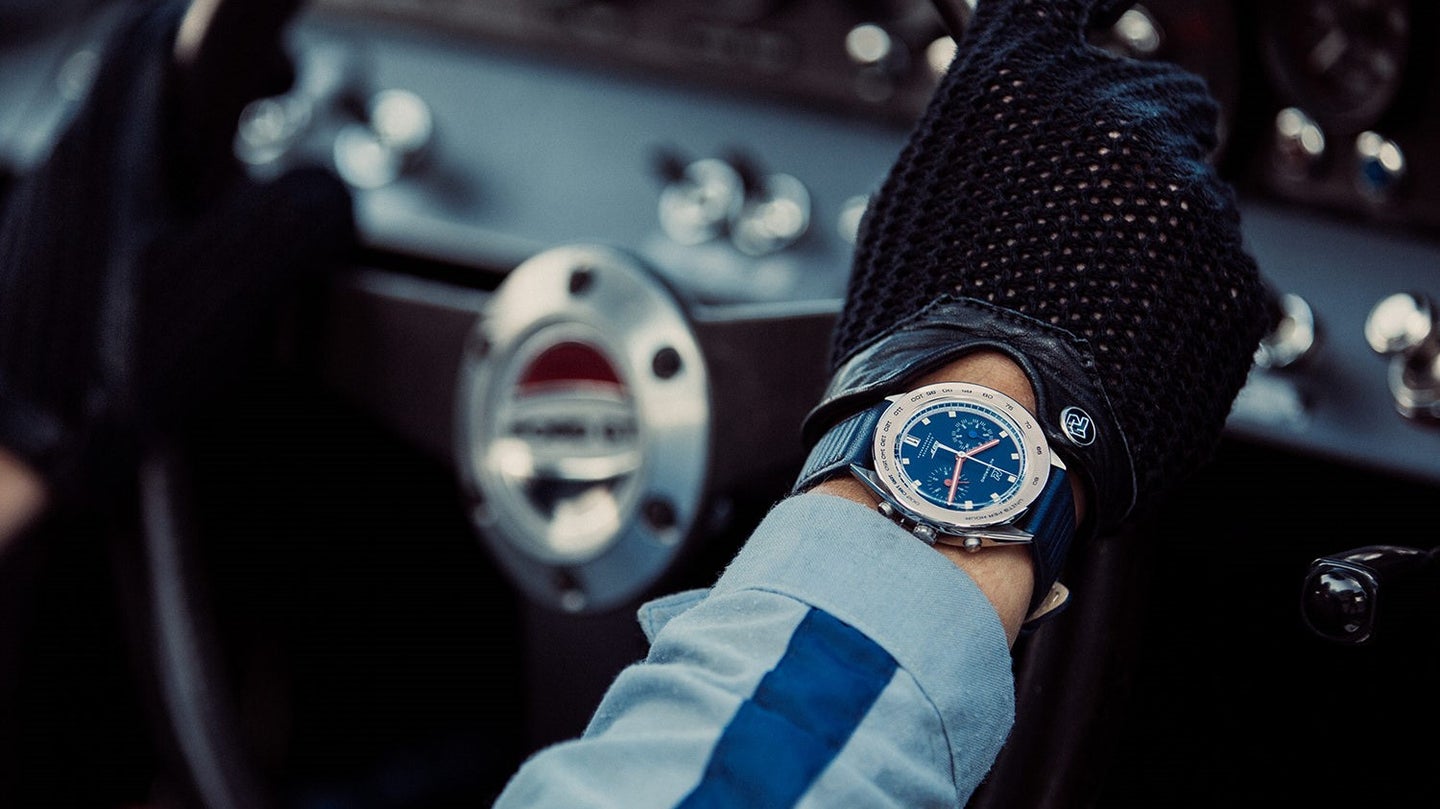 If you can’t quite afford the new Ford GT supercar which costs around a half-million dollars or if you can’t get past Ford’s application process to get one, an officially licensed Ford GT watch made by Autodromo is the next best thing.

The fabulous Autodromo Ford GT Endurance Chronograph comes in five different “liveries,” if you will. Three of them are inspired by real, Le Mans-winning cars. There’s the blue and red Le Mans 2016, the white and red Heritage 67, and the black and white Heritage 66 to commemorate the cars that won the legendary endurance race in their respective years.

The other two styles of the Ford GT Endurance Chronograph are more generic but equally appealing. There’s one called Ford Racing Stripes which has a blue strap and a blue face with two white racing stripes and another called Le Mans Blue with a blue strap, a blue face, and some tasteful red trim around the face and on the hands of the watch.

Each watch comes with a special box with both the old GT40 and the new GT pictured on top of the box accompanied by an outline of the Le Mans racetrack with a new-school “GT” logo right in the middle.

All five watches are priced at $695, which is actually pretty affordable compared with other Autodromo watches and premium motorsport-themed watches in general. They’re only available via pre-order and shipments will begin in mid-December, presumably in time for Christmas. Has the Ford enthusiast on your Christmas list been good enough to get an Autodromo Ford GT Endurance Chronograph?