Even Steve McQueen's sunglasses can't come close to that value. Actor and race car driver, Paul Newman, is simply one of the coolest cats to ever walk the Earth. The man who we assume is the only person to win both an Oscar and several Sports Car Club of America national championships was also quite the philanthropist having co-founded the Newman’s Own food company from which he donated all of his post-tax profits and royalties to charity totaling almost a half-billion dollars. He was also a co-founder of the Safe Water Network, a nonprofit that develops sustainable drinking water solutions for people who need it.

Although he passed away in 2008, Paul Newman’s charitable influence is still going in full force. Perhaps the best example of that is his own personal Rolex Daytona Reference 6239 wristwatch with a white dial, three black subdials, and a red outer track which just sold at a Phillips auction for a staggering $17,752,500 million to an anonymous bidder over the phone. That makes it the most expensive watch ever sold crushing the previous record of $11.1 million. Newman’s Rolex had already hit $10 million in the second bid and the auction only lasted for 12 minutes. 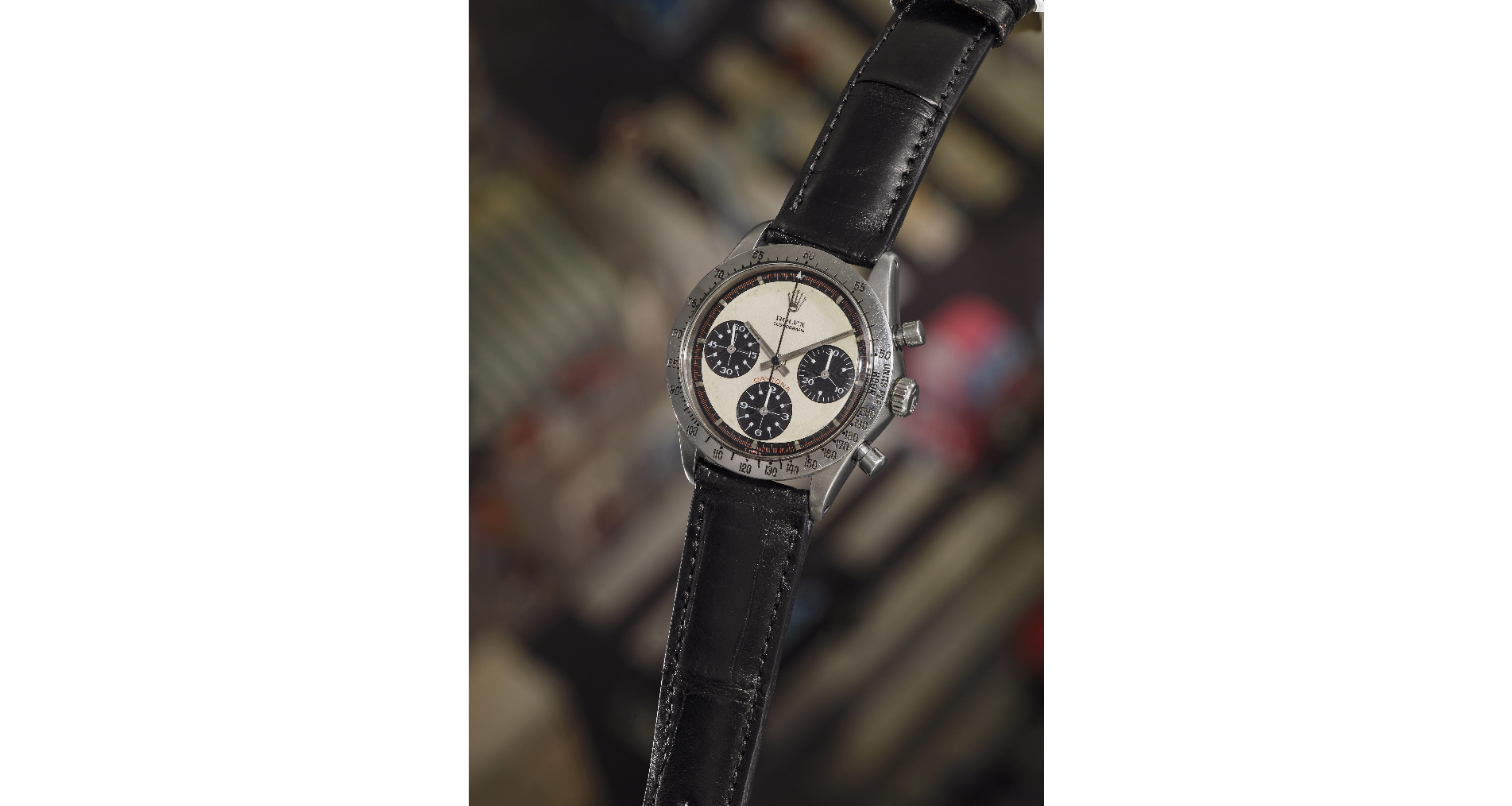 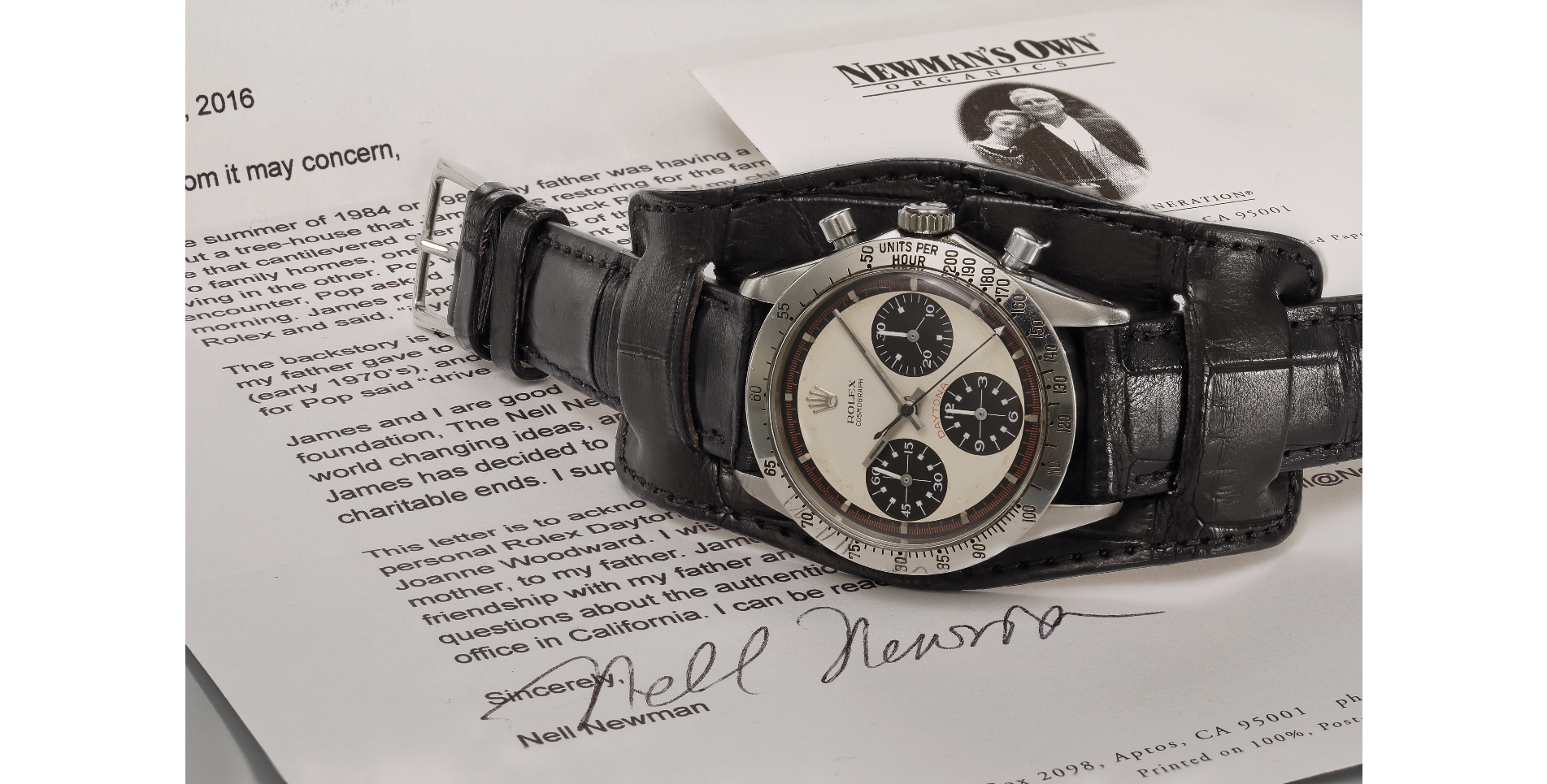 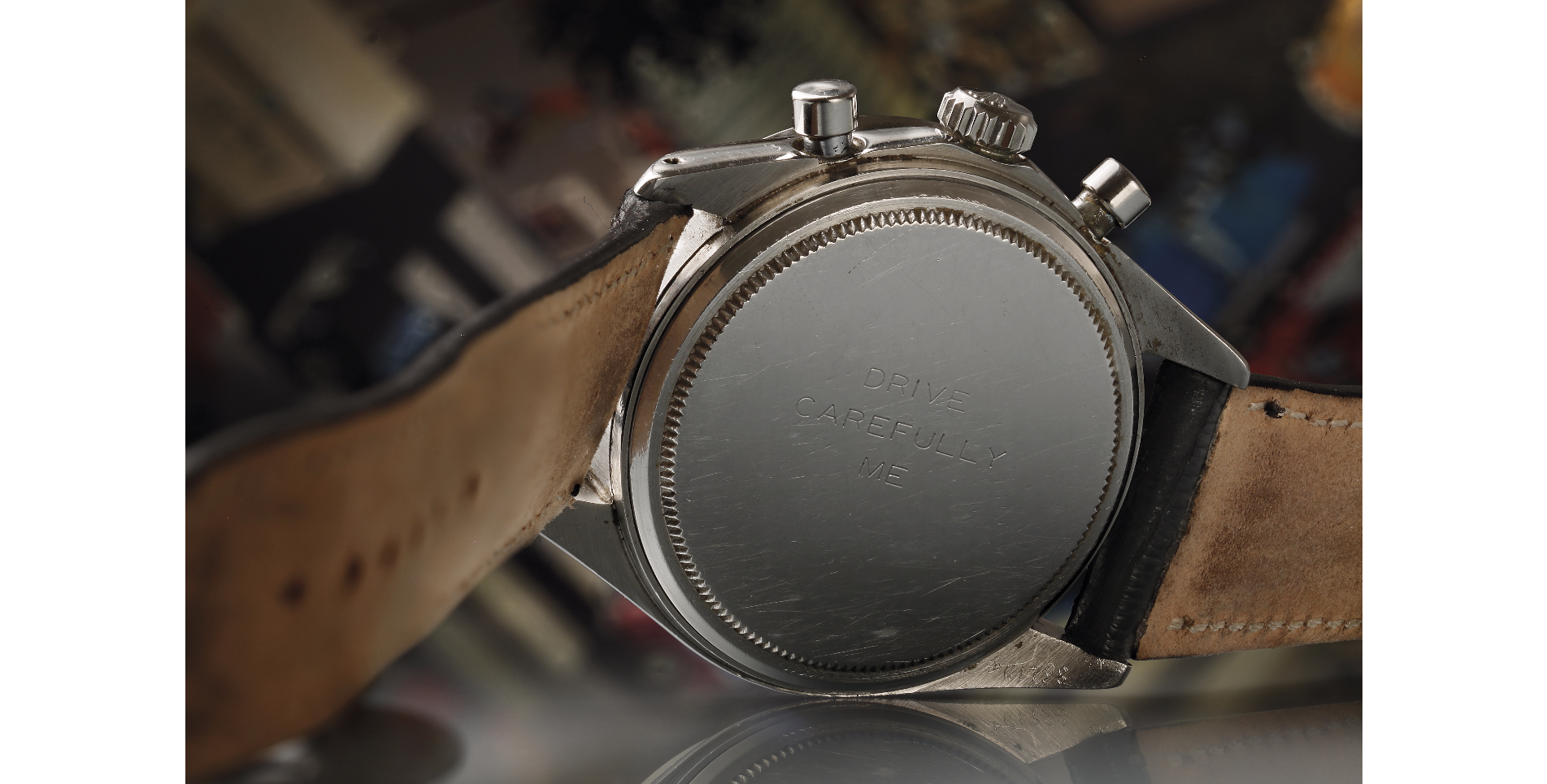 Rolex watches looked so good on Paul Newman that he actually had his own line of the Rolex Cosmograph Daytona Oysters. Paul Newman watches had reference numbers 6239, 6241, 6262, 6263, 6264, and 6265 and all had one of four color combinations. They were all different “panda” variations of white, cream, and black colors contrasting with each other on the face of the watch. Other Paul Newman Rolex Daytona watches have been auctioned before, but this is the first one personally owned by Newman to go up for sale.

A personal touch on the 6239 watch that just sold is an inscription on the back from Newman’s wife saying “Drive Carefully Me.” All proceeds from the sale of the watch go to the Nell Newman Foundation. Nell is Paul’s daughter and her foundation has “the goal of carrying on her father's legacy of charitable giving, coupled with her passion for the environment,” according to the foundation’s website. Some of the foundation's biggest recipients include Clean Oceans International, Kansas Rural Center, the Ron Finley Project, the Wolverine Foundation, and many others.