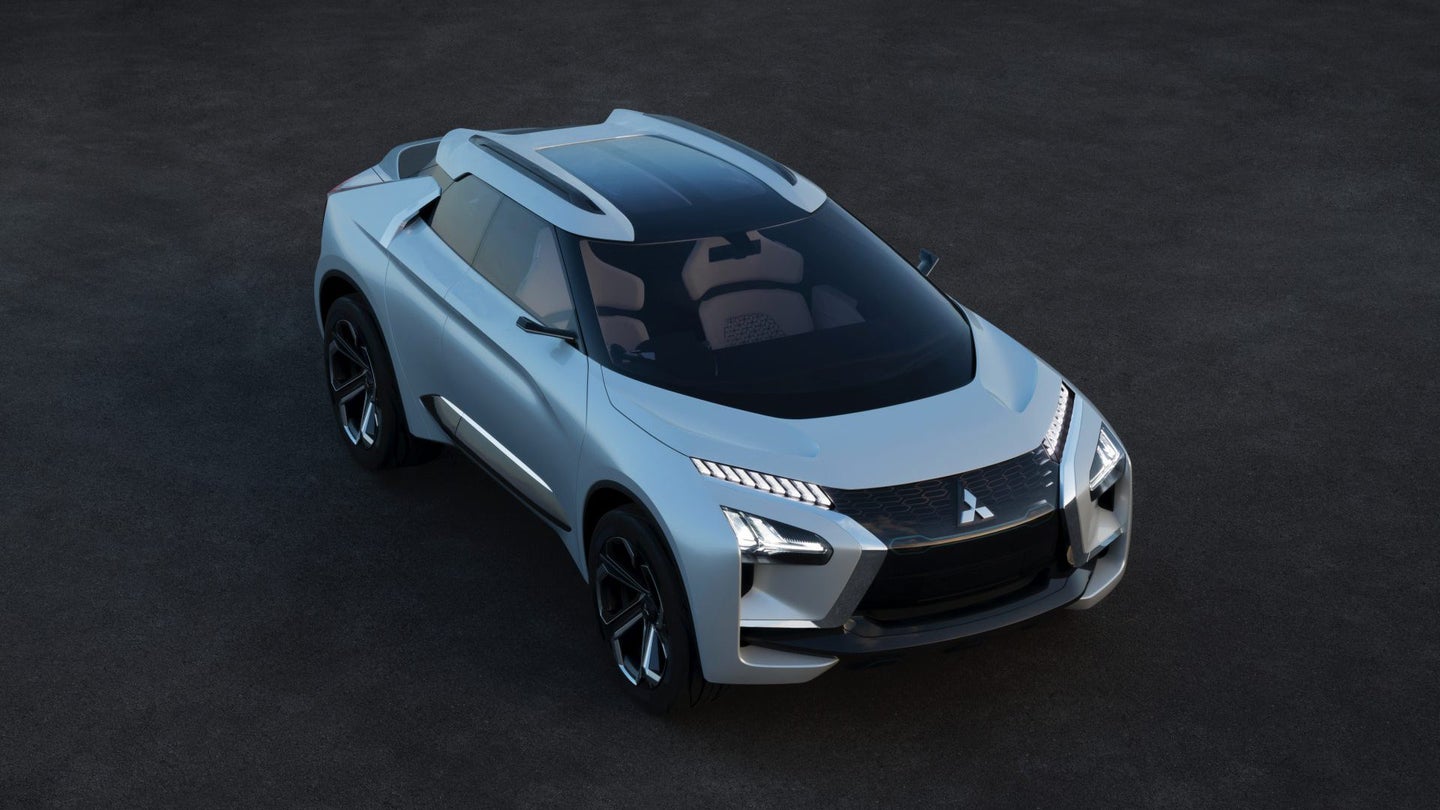 Han: "You're representing me now. What you think, I'm gonna let you roll in a Hyundai?"

Oh, how the turntables...

Eleven years have passed since Han Seoul-Oh's iconic quip and sadly, the "Evo" name no longer holds the same street cred it once did. With the Evolution X now a full decade old, Mitsubishi has decided to bring the moniker back in something that's unlikely to be a Fast and Furious movie hero car anytime soon—an electric concept crossover. Yeah.

Revealed at the Tokyo Motor Show and officially dubbed the e-Evolution Concept, Mitsubishi says it's blended a rugged, Dakar-ready shape with futuristic, EV details. The company also states that the e-Evolution is a good indicator of the future of the brand, "reflecting an adventurous and progressive mindset for inspirational design and product."

Powered via electric motors and a mid-floor-mounted battery pack, the e-Evolution features the company's Active Yaw Control and Super All-Wheel Control. So it's not completely different from the Evo's of old, I guess. Mitsubishi goes on to say that the concept employs advanced AI tech to read road conditions, driver intent, and even driver skill in order to tailor the driving experience and "bring it to a new level."

While the e-Evolution is just a concept for now, Mitsubishi getting itself back on track with an electrified crossover of some kind isn't all that far-fetched at all. If that's what it takes for an honest-to-god Evolution XI further down the line, then so be it. Until then, however, we'd appreciate it if Mitsubishi left their rally-legend nameplates alone, thank you very much.