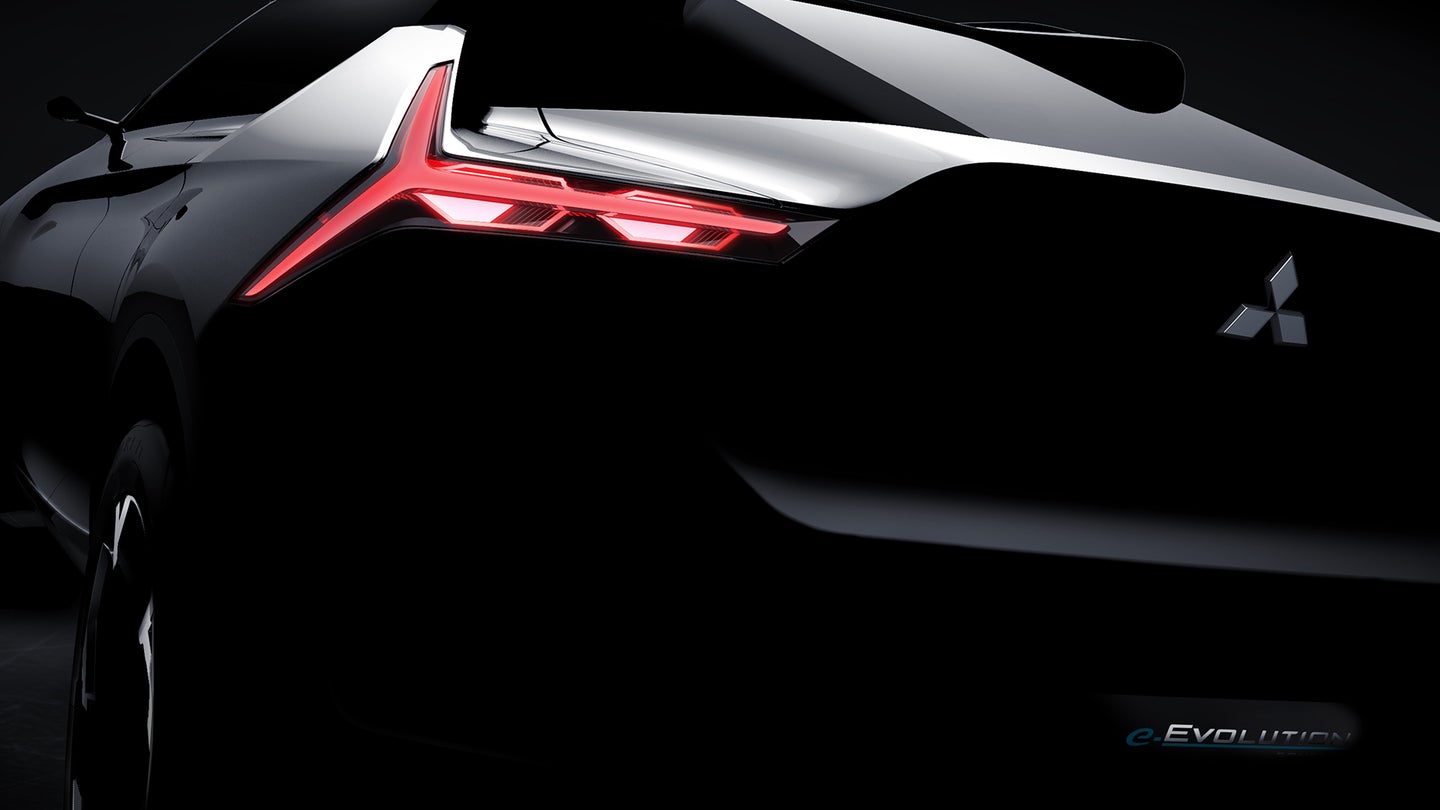 Mitsubishi is expected to bring back the Evolution nameplate a little more than a year since the Evolution X was discontinued, just like it did with the Eclipse.

The Mitsubishi Evolution is undoubtedly one of the most infamous cars in the history of the tuner and rallye scenes. It blew up in popularity after Paul Walker drove one in 2 Fast 2 Furious, and continues to hold its reputation among a sea of turbocharged all-wheel-drive cars.

Let's get one thing straight: This is not the Evo you grew up knowing. It's no longer a focus on the deeply-rooted history of racing, but rather it takes a more progressive approach to compete in the growing electric car market. That's right, the new Evolution will be battery-powered.

Mitsubishi kind of wants you to know that it's different by calling it the e-Evolution, but the entire naming convention has undertones similar to the way the car maker denoted the changes to another popular model in its lineup by adding "Cross."

In fact, there's evidence that the e-Evolution not only won't be a car, but it also won't have four doors. Mitsubishi describes the vehicles as a "low slung aerodynamic SUV coupe," calling into question just how well the vehicle will actually be received.

Historically, other two door SUVs haven't exactly performed well in the longevity department. The GMC Jimmy, Isuzu Amigo, and Suzuki Sidekick have all had fairly dismal stints on the market, but are still widely-loved by a cult-like following of car enthusiasts who enjoy obscure models.

This particular concept is being called a "flagship car," meaning that Mitsubishi is really relying on this model to show the public that the automaker can be a leader the in electric car market. We're not calling it a mistake to share such a similar name with another flagship model, but it certainly won't help to blend together two different breeds that could be on opposite ends of the fun scale. Hopefully Mitsubishi has a trick up its sleeve to make the e-Evolution's similar to the well-know namesake.

Mitsubishi confirmed that it will be bringing the concept to the 45th annual Tokyo Motor Show being held from Oct. 25 to Nov. 5.