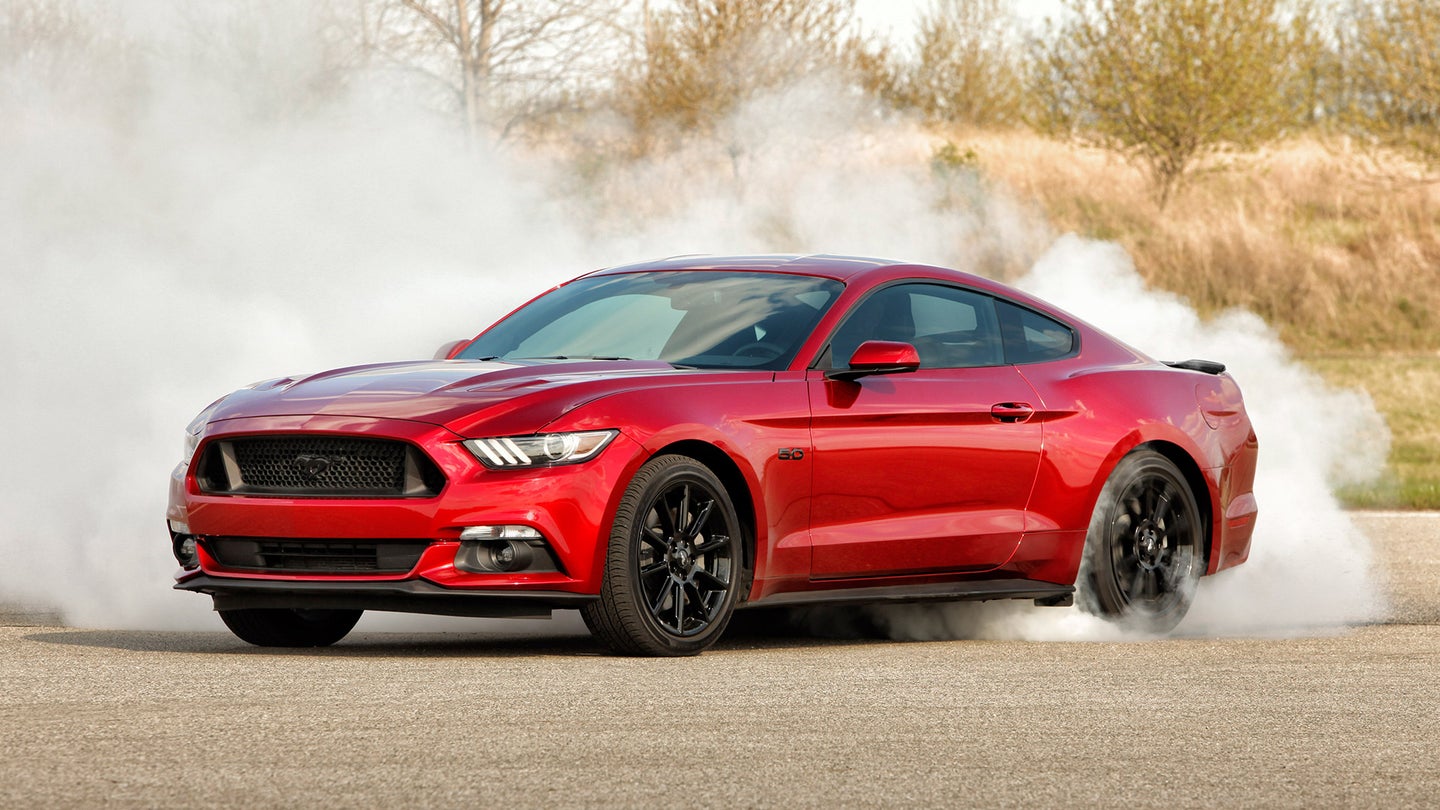 Sunrise Ford in North Hollywood, Calif. had a tent sale this past weekend. A 17-year-old allegedly had the bright idea of checking it out—at 1:30 a.m. The teen reportedly managed to get into a Ford Mustang and took an unauthorized test drive, just as the Los Angeles Police Department arrived.

Officer Mike Lopez of the LAPD told the Los Angeles Daily News that after a "five-second" pursuit, the teen reportedly crashed into a duplex. There were no reports of any Cars and Coffee events in the area.

The duplex suffered minimal damage. The teen, on the other hand, was not wearing a seat belt and was hospitalized with non-life threatening head injuries. Photos show that the car's airbags were fully deployed.

The teen was arrested on suspicion of stealing a vehicle. His name was not released because he is a juvenile, but it's fairly clear that he's not related to car thief Memphis Raines of Gone In 60 Seconds.