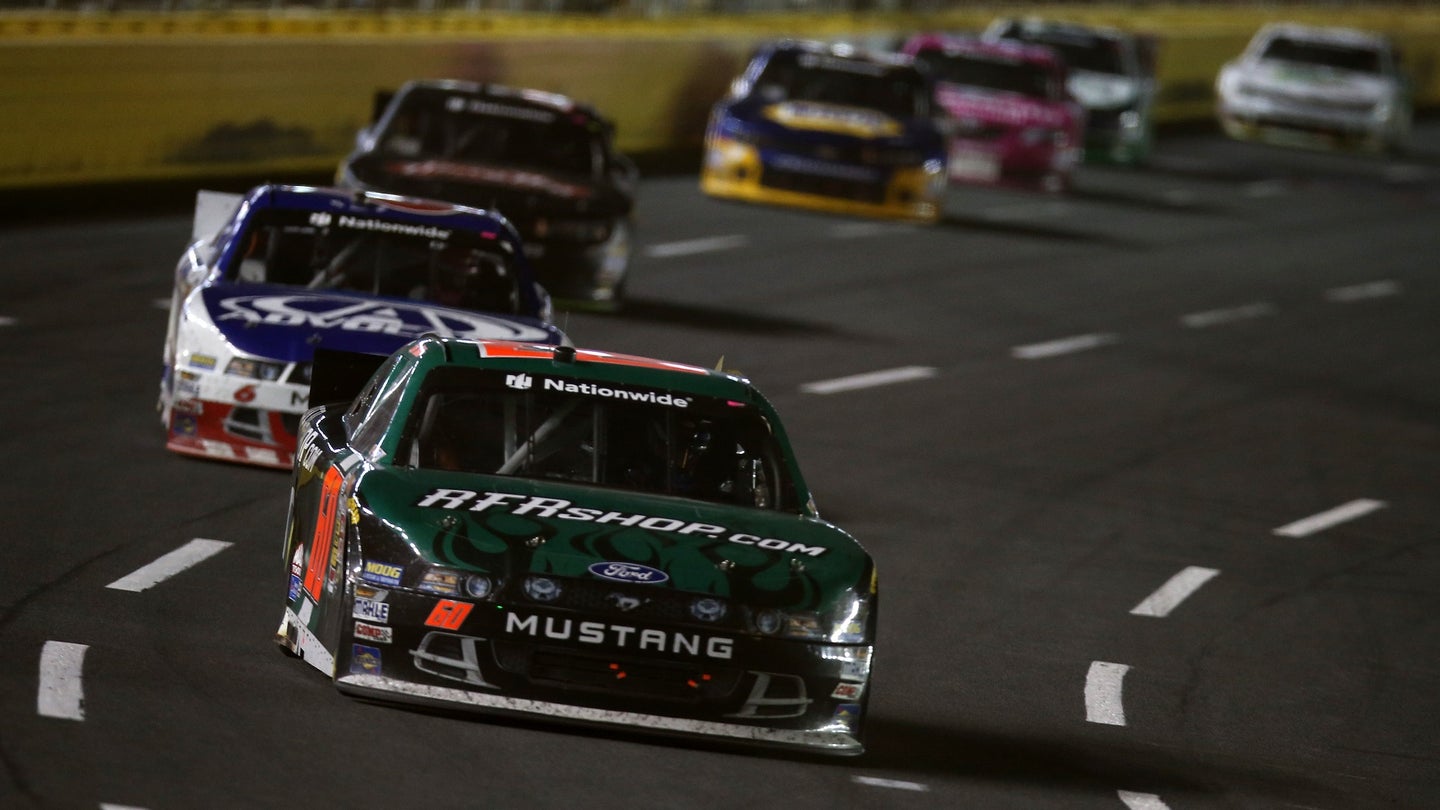 If anyone doubted Travis Pastrana's abilities as a racing driver, doubt no more. This year, the action star not only set a new record time up Mount Washington; he also won the American Rally Association championship. But he did not see similar success in NASCAR during the 2012 and 2013 seasons, when he competed in the sport. His best finish was ninth at the 2013 ToyotaCare 250, while normally placing 10th or below. With rally championships before and after his time in NASCAR, how does he explain his lesser performance on the oval track...particularly after wearing a shirt to rallies that said "Boring" in the NASCAR font?

Pastrana recently talked with Graham Bensinger about his NASCAR experience. In his typical down-to-earth fashion, he was quite honest about having been completely wrong about the challenge of NASCAR. After his success in stage rally and rallycross, Pastrana was looking for a new challenge and found that NASCAR has the closest competition of any form of racing. "It's probably the most difficult sport in the world to ever get an advantage on," he said. If anyone gets an advantage, NASCAR changes the rules to bring them back into the pack.

He first got the opportunity to try roundy-round racing in a sprint car, substituting for a driver who had broken his back in a crash. He realized he had a lot to learn after qualifying way in the back. He worked his way into the top 20 during the race, reciting lines from Days of Thunder and Talladega Nights the whole way. He genuinely enjoyed the experience, and after a few events, he landed a seat with Waltrip Racing. Unfortunately, his performance in NASCAR did not match his rally success, causing him to withdraw at the end of 2013.

Pastrana says that in supercross and rally you can make up time by taking risks and being aggressive, but in NASCAR you have to make up time by being good. It seems he intends to try to get good.