The driver was allegedly “impaired by multiple different drug categories.” 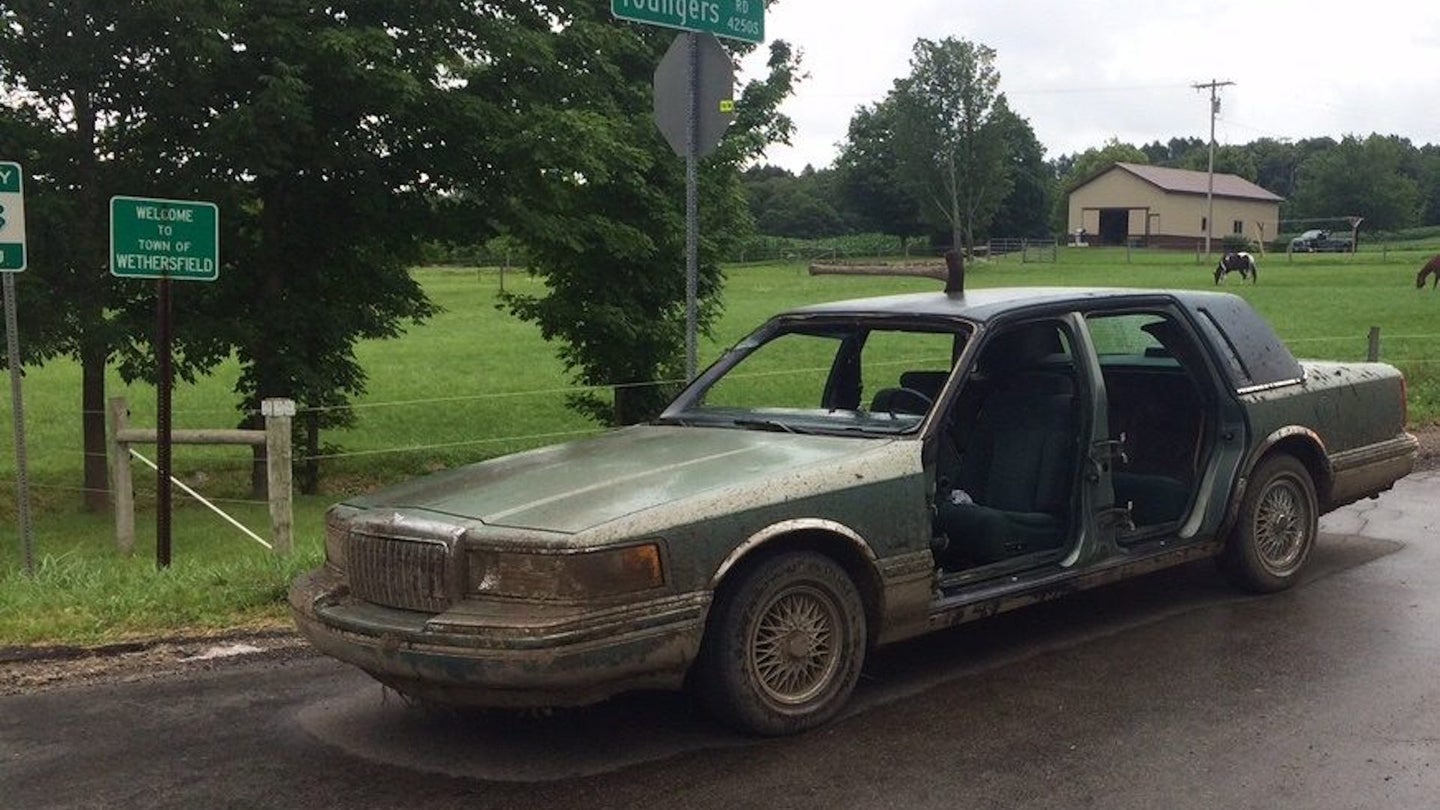 We're probably not on the brink of having hordes of the undead shambling the streets, but that doesn't stop many people from preparing for the zombie apocalypse anyway. One man seems to have taken his zombie apocalypse vehicle, complete with an ax embedded in the roof for easy access during a zombie battle, for a premature drive in the town of Wethersfield, New York.

The Wyoming County Sheriff's Office told The Buffalo News that Jared T. Price was arrested under suspicion of driving while impaired by drugs on Monday. "Price performed poorly on field sobriety testing and was taken into custody," according to a sheriff's office news release. He was also charged with numerous traffic infractions since apparently insurance and a registration are still required before the apocalypse actually occurs.

One should probably stay off drugs during a zombie apocalypse (or anytime, for that matter) since they impair your perception, judgment, and reaction time, which are necessary when fighting zombies. But let's take a look at Price's Apocalypse car. One thing he's done right is base it on a Lincoln Town Car, which rides on Ford's Panther platform—the last of the V8 interceptors. All it takes is a little baling wire and duct tape to keep this car going forever.

But his modifications don't make much sense when it comes to traversing the zombie infested wasteland. The doors and windshield are gone. This looks cool on a Jeep Wrangler, but it leaves the vehicle occupants completely unprotected from the hordes of undead intent on having your brain for breakfast. Additionally, the ax is mounted outside the car, not inside for easy access upon exiting the vehicle. But it certainly adds to the car's menacing appearance and is ready to wield anytime someone wants to "ax" him a question, as they do in New York.

Rather than an off-roader, maybe Price should have used Mighty Car Mods' Mod Max as inspiration. This Nissan Silvia not only looks the part, it also provides the occupants with extra protection from attackers rather than eliminating it. He has some time between now and his arraignment on August 1 to reconsider his design, as well as his life choices.

Tough enough for Mad Max, but with more espresso machines than he’d know what to do with.

Don your Thunderdome hat for Mad Max on ice—and drugs.