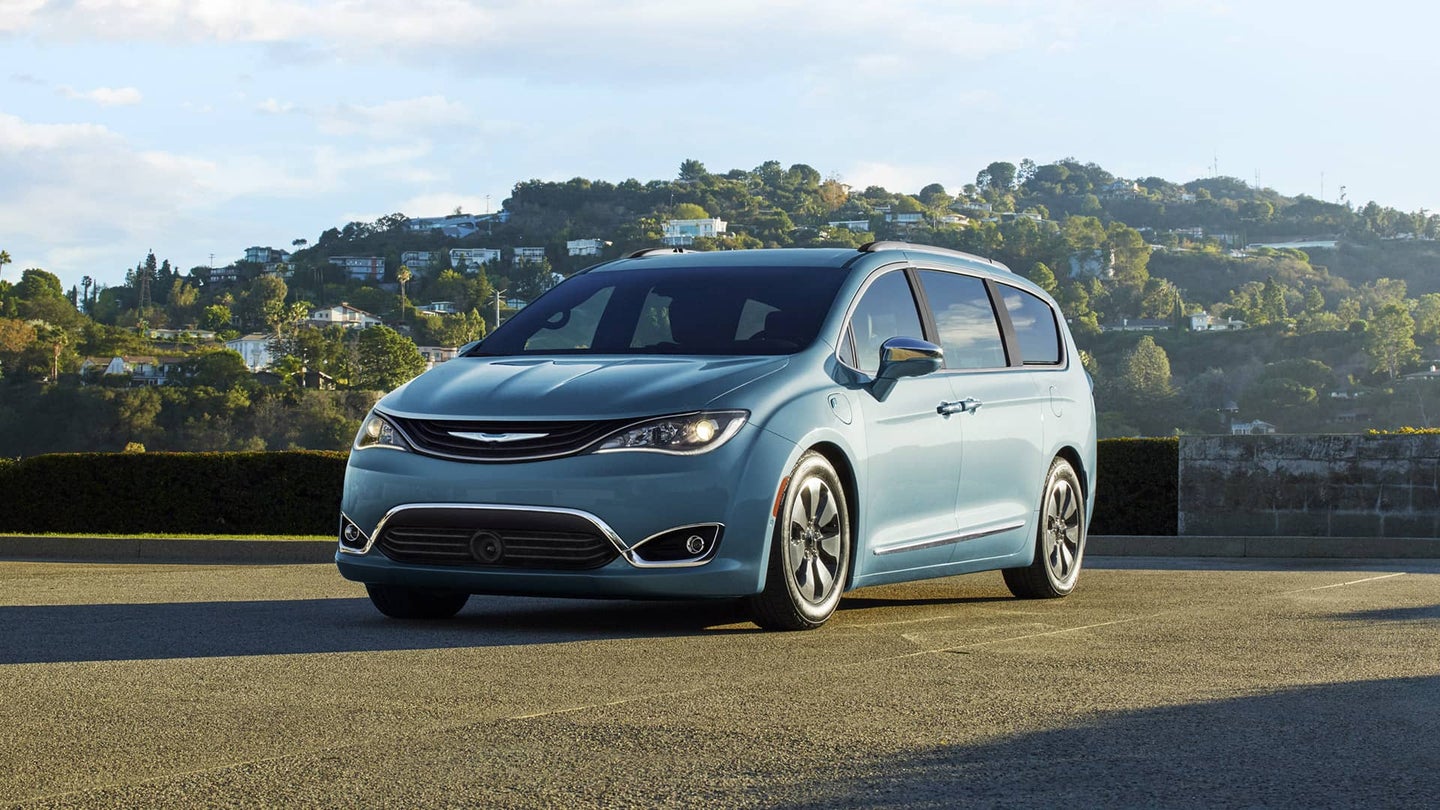 In a unique marketing strategy, Chrysler will only advertise its Pacifica Plug-In Hybrid minivan as such in the state of California. And before you ask, yes, FCA will still sell the model everywhere in the US, but it will instead call it something else in the other 49 states to avoid confusion with a completely electric vehicle. Instead, it'll simply be dubbed a "hybrid" with the plug-in ability pitched as a feature instead.

While that may seem a bit silly, FCA believes that it's necessary to deter any concerns of the people mover being viewed as strictly electric to the rest of the country. In some cases, that can be a negative for buyers, according to Head of Passenger Car Brands Timothy Kuniskis.

“Five years from now ‘plug-in’ will not be scary to anybody,” he explained. “People that buy minivans are not high-tech, performance-oriented people that are interested in how the car works. They’re interested in what the car can do for them. They don’t care how the engine works. Just tell me that it gets great fuel economy and does what I need it to do.”

All of this was brought about as Chrysler launches its "Charge Across California Tour", a campaign that allows the public to test drive and experience the well-reviewed Pacifica Plug-In Hybrid.

“People here see it as a benefit and understand that that’s worth more,” Kuniskis  explained in an interview with Bloomberg.

California does make up for about half of the nation's EV sales, and it does sell more hybrids than anyone else, but does that make enough of a difference for FCA to diversify its marketing like this? Maybe not.

Oh well, at least Chrysler's off to a better start than Audi.

Watch the Cast of Sesame Street Drive the Chrysler Pacifica

In case it wasn’t clear enough that the Pacifica is for families.