You may have more in common with some cars than you thought. 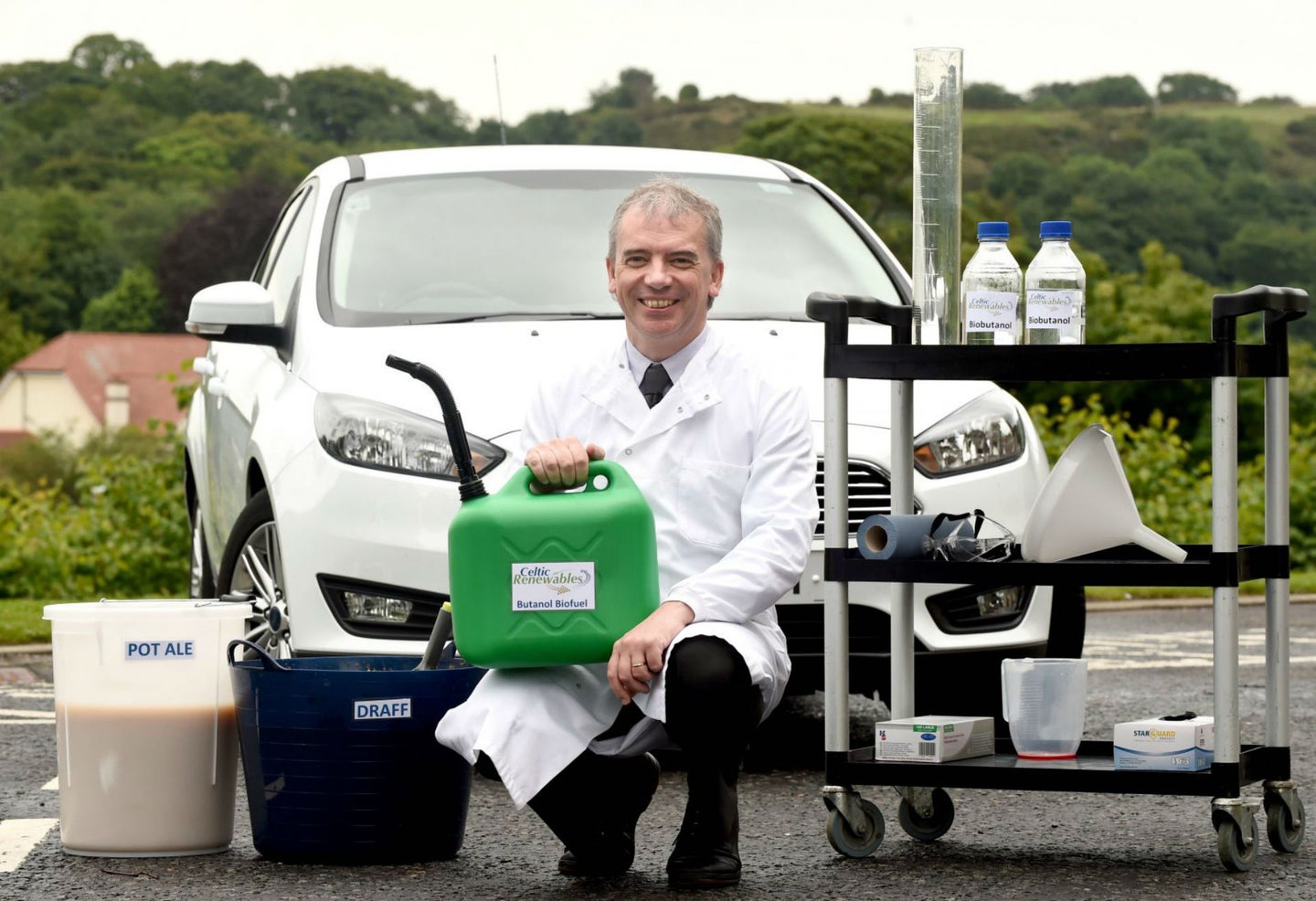 Electric cars may be cool, but cars that run on booze are cooler. Celtic Renewables Ltd. of Edinburgh Napier University in Scotland has been putting that theory to the test, and now, the group has developed what is undeniably the raddest Ford Focus ever. By working with Perthshire’s Tullibardine Distillery, the mad scientists have retooled the car to run on a newly innovated biofuel named biobutanol, and according to the BBC, your engine won't need any changes to run on it.

That's a huge plus, especially since similar alternatives like propane do require fuel system modification. Better yet, it doesn't cost the whisky industry anything because biobutanol utilizes draff (barley kernels) and pot ale (a result of fermentation), both which are usually discarded at the end of production.

BBC Scotland reporter Lisa Summers was recently given an opportunity to drive the car, and according to her, it drives just the same as a normal gasoline-powered car.

“What we developed was a process to combine the liquid with the solid, and used an entirely different traditional fermentation process called ABE, and it makes the chemical called biobutanol," said Celtic Renewables President Martin Tangney, according to BBC Scotland. "And that is a direct replacement, here and now, for petrol. This is the first time in history that a car has ever been driven with a biofuel produced from whisky production residues.”

The team is even working on building a “commercial demonstrator plant” that should be running at full speed by 2019. They were given a grant or about $11.6 million (converted from £9 million) by the Scottish government to carry on with the experiment, hopefully resulting in a viable alternative to fossil fuels.

Celtic Renewables is targeting countries that are heavy in whisky production, like America, in an effort to expand its production and reach. If the company can find a list of suitable partners for the project and solve infrastructure problems, biobutanol could likely be an effective and cheap alternative to gasoline and diesel.