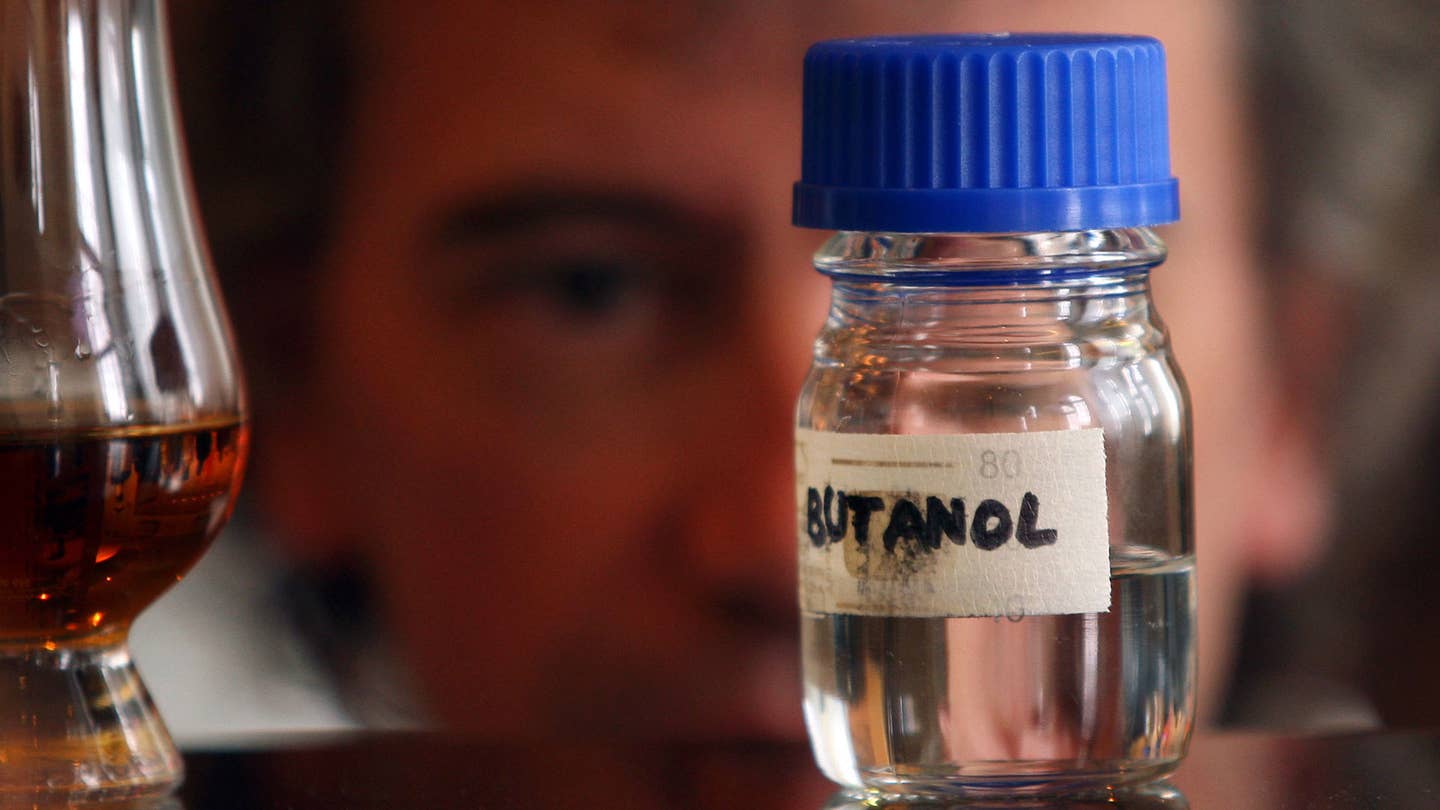 As though scotch weren't already the world's greatest beverage, one Scottish company plans on using it to help save the world. Edinburgh-based green energy company Celtic Renewables is planning to use the leftovers from whiskey distillation to produce bio-butanol, which can be added to gasoline to power a car while reducing emissions in the same way as ethanol.

But whiskey runoff could be even better for engines than the alcohols added to fuel today. Researchers say bio-butanol has a 25 percent higher energy content than the ethanol currently used in cars, is less corrosive, and is less likely to separate in water than the usual gasoline-ethanol blends. If Celtic can scale up commercial production the way it hopes, the green fuel blend could help squash the controversy around using corn for bio-ethanol production.

And the whiskey-making process produces plenty of waste that's ripe for transforming into fuel. The umber nectar we enjoy spending long evenings drink makes up only 10 percent of a distillery's output; the other 90 percent is made up of waste products like pot ale, a copper-tainted beer-like liquid, and draff, which is spent barley grains. Scotland alone produces more than two billion liters of pot ale and 750,000 tons of draff. Some of the leftovers can be repurposed as feed thinner for livestock, but a sizeable portion of it winds up dumped into the ocean. Instead of flushing it out to sea, then Celtic Renewables uses a modified century-old process involving heat, acid, and bacteria to turn the pot ale and draff into a mixer for your car's favorite drink.

According to Professor Martin Tangney, CEO of Celtic Renewables, bio-butanol “a direct substitute for fossil-derived fuel.” He should know; the company grew out of a Biofuel Research Center study at Edinburgh’s Napier University. According to Tangney, every liter of gasoline replaced by bio-butanol means more than two fewer kilograms of carbon dioxide will be pumped into the atmosphere.

This isn't all just a (whiskey) flight of fantasy. With the help of government grants and partnerships with Scottish whiskey distiller Tullibardine and Belgium-based BioBase Europe Pilot Plant, Celtic hopes to have a demonstration facility up and running by 2018, cranking out both animal feed and Earth-friendly fuel. We’ll drink to that.