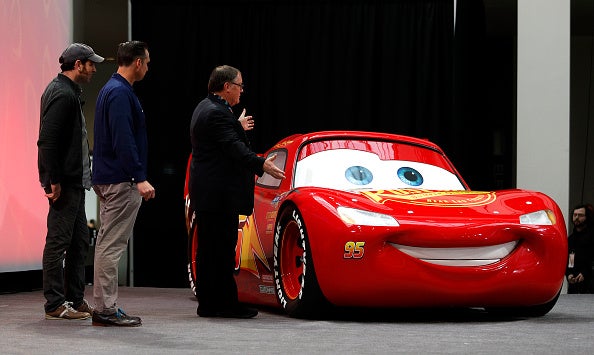 As automotive enthusiasts, we generally have little tolerance for botched details in cars. Only a few movies have earned the approval of gearheads for their treatment of vehicles, with most of them being completely unrealistic. Now is not the time bash pulp entertainment, but us car nerds are eager to find the movie that gets it right.

The Cars 3 crew has the right experience. Pixar's head manager John Lasseter grew up the son of a Chevrolet parts manager. He earned his stripes in cruising-related tickets on L.A.'s Whittier Boulevard. Creative director Jay Ward is the co-founder of the Billetproof car show and an active part of the hot-rod and vintage-scooter scenes. Production designer Jay Shuster is the son of a 43-year veteran of GM design. Kevin Reher, a producer, drives a Focus RS. You get the idea.

Advances in animation software have lead to huge strides in animation work. While in the original Cars it was acceptable to designate a head light as a bright and shiny object, Cars 3 animators were required to design a complete headlight assembly with bulb, reflector, and lens. Designers basically built cars component-by-component, just as one would design a real car.

However, some suspension of disbelief is required, obviously as the cars in Cars 3 actually talk. Attention to detail carried through to this aspect of the movie, too—the different physics of automotive materials were taken into account. As series creative director Jay Ward points out, rubber tires flex, metal wheels don't; suspensions compress and release, and rigid body panels stay put. When animating an early 1950s body-on-frame tow truck, animators could add wiggle at the waist where the cab and bed meet.

But the film isn't so technical to the point of not being accessible to non-car people, however. John Lasseter often jokes about the "Nancy Factor," referring to his wife's rhetorical question, "You're not just making a movie for car guys, right?"

A new study sponsored by Intel predicts a “passenger economy” industry based on self-driving cars could be worth $7 trillion by 2050.