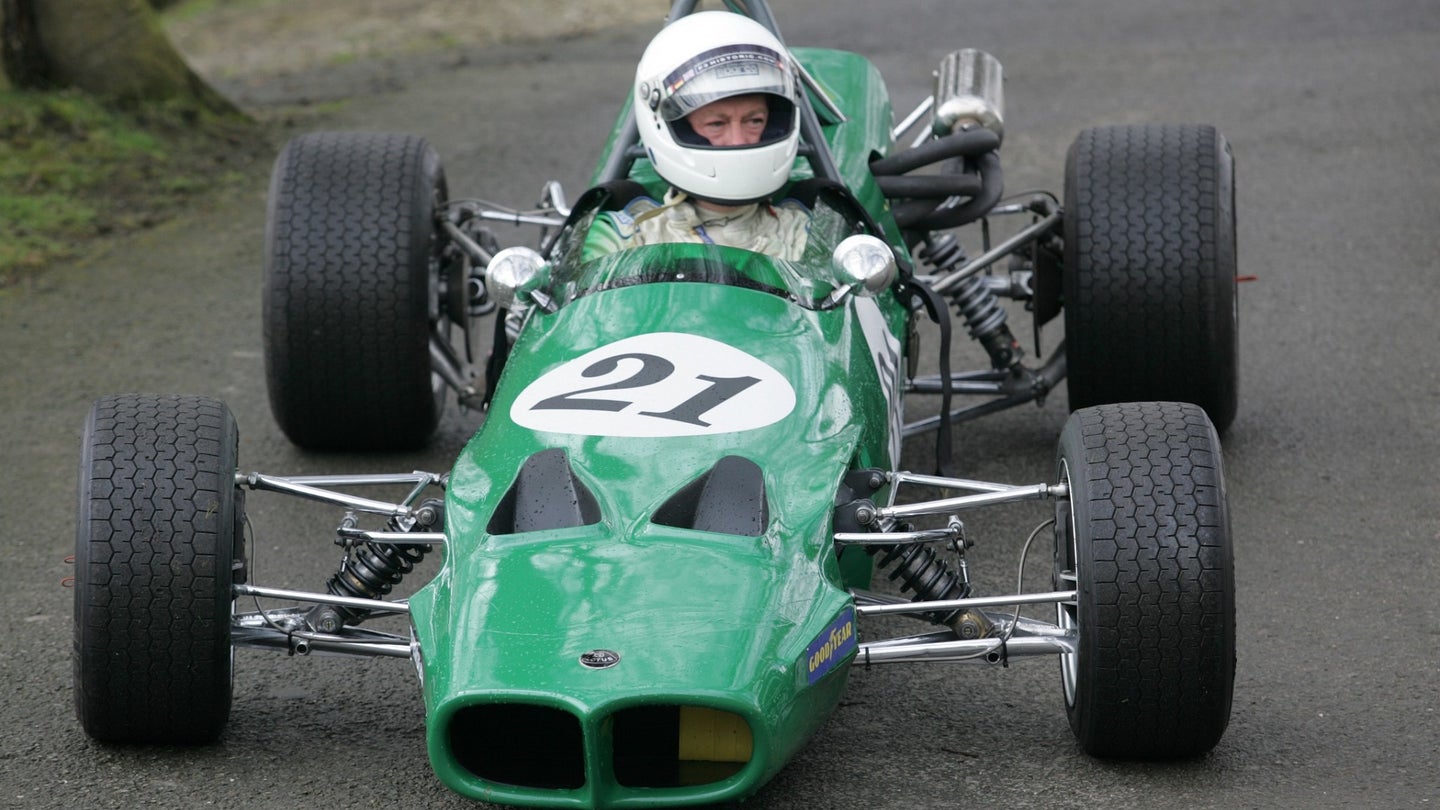 A Formula 3 car from 1969 isn't usually a hot commodity on Bring a Trailer. But this Lotus 59, in particular, has a unique history outside of racing. It portrayed James Hunt's Formula 3 car in the 2013 racing movie Rush.

Back in the day, this was one of four Team Lotus Formula 3 cars, primarily driven by factory drivers Bev Bond and Dave Walker. It was sold and raced privately all the way up to 2010 when Bev Bond drove it in the Oulton Park Gold Cup at age 72.

But it soon found a new life as a movie star in Rush, in which Chris Hemsworth portrayed playboy racer James Hunt. We don't know if Hemsworth actually drove this car. If he did, he hopefully had better success with it than he did with the Formula E car he drove. The car was Plastidipped a proper British Racing Green, but unfortunately, this damaged the original Team Lotus Gold Leaf finish. After the movie shoot, the car was repainted in its original livery.

The car is powered by a 997cc Cosworth MAE four-cylinder generating just over 100 horsepower mated to a Hewland gearbox. The suspension is double wishbone up front, with a top link, lower reversed wishbone, and radius arms out back. Disc brakes at all four corners bring the car to a stop. The post says that some reconditioning work will be necessary before the car can return to the track.

The Bring a Trailer auction ended Monday and did not meet its $53,000 reserve, so it hasn't sold yet. But there is one more aspect to this car that may make it a bit more valuable. In addition to factory drivers, Lotus put occasional guest drivers behind the wheel of these cars as well. One of these guest drivers was none other than the real James Hunt himself.