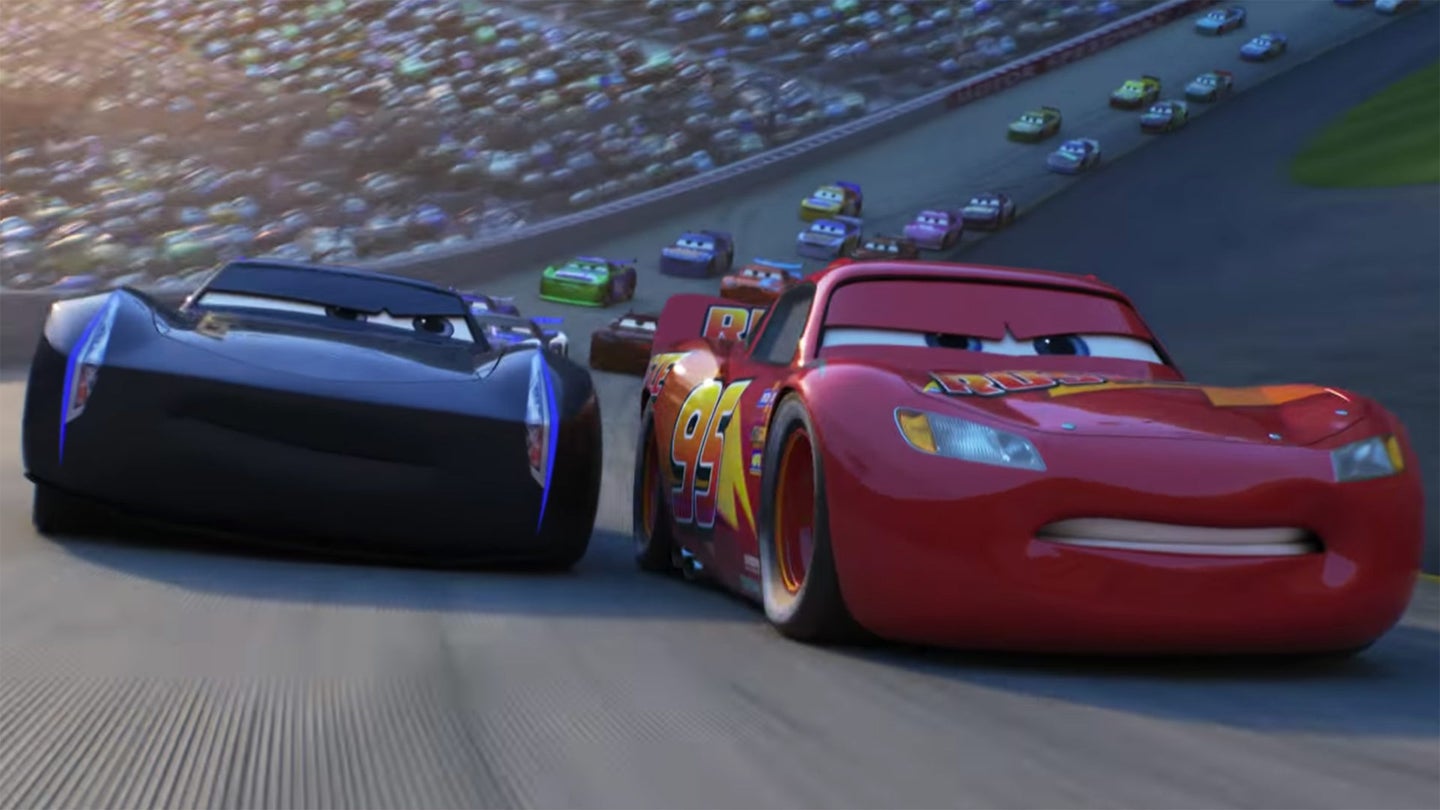 The Pixar movie series Cars has been a monster hit in the box office, earning $435.4 million since the franchise debut in 2006. The series has come a long way, and the story line has stretched, morphed, and strained. From what The Drive can tell, Lightning McQueen—not getting any younger—gets into a gnarly wreck and has to climb his way back to the top of the pole. In that way, it's not unlike Slapshot.

The official US trailer for Cars 3 is essentially one massive preparation montage, during which McQueen finds a crew chief, goes back NASCAR's Daytona roots by racing on the beach, and possibly even finds love. To get himself into the winner's circle once more, McQueen has to beat the incredibly fast Jackson Storm (who looks to be some hybrid amalgam of multiple hypercars). Since McQueen has become something of a dated race car, he seeks out help from his old friends back home and a buttoned-up coach.

After watching the trailer several times over, The Drive is beginning to feel the famous Pixar movie has strayed away from the audience the sits on a firetruck in the doctor's office and focused its attention on the racing enthusiast. This might be our lame attempt at rationalizing our excitement for the movie or Cars 3 is truly and adult's cartoon.