The F1 2022 video game promises to deliver a more realistic racing experience, tailored to the new-spec cars, as well as all this year's tracks and your chance to compete for the title, as always. Despite some unwelcome monetization and a total lack of story mode, F1 2022 still does the job for every would-be champion sitting in their living room. At the same time, it's not much better than the game it succeeds.

Some review housekeeping: I played F1 2022 on an Xbox One, using a controller. I didn't have the chance to try the VR options, so those aren't included in this. I played a little more than 20 hours before writing my thoughts here.

The newly released title has everything you'd expect from an F1 game: race cars, race tracks, development, teams, you know how it goes. But there's one notable exception, which is that it walks back on the story mode that entered softly in F1 2020 and fully in F1 2021. It was called Braking Point, and it wasn't a great work of cinematic importance; in fact, it really annoyed me. But not having it now made the game feel strangely incomplete.

When you boot up F1 2022 it starts in kind of a strange place; you're not at a race track or a factory. Instead, you're chilling in some sort of LA-looking mansion with your pals. This is F1 Life, your new home that you don't care about and will never see, which I guess is kind of accurate to an F1 driver's LA mansion but also feels like a very pointless piece of programming.

That is until you realize that this is where you can fill a supercar garage and kit yourself out in all the Anti-Social Social Club virtual drip you want, via Pitcoins. Yes, these are just as scammy as what they're named after. It feels a bit stark to hit you in the face with a monetization option, essentially resulting in a non-interactive version of The Sims, straight out of the blocks, but F1 Life is kind of the only way you get to change the game beyond your race results.

Once I'd escaped my NFT entourage and made it to career mode, I automatically went to start in Formula 2, the top junior series before F1. I really like F2—I cover it and it's an enjoyable series to watch—and since the F2 career path's been introduced, I've always played it but it definitely didn't feel like a huge addition this time, let alone essential.

This made me realize how much I actually missed story mode. It felt very thin that there was just nothing, no narrative or characterization around anything. F2's not the same without the hateful (and totally fictional) Devon Butler, and it feels bad developing a seething resentment toward real-life F2 driver Alessio Deledda just because he was my teammate and kept getting in my way. However, I did discover you can go quite fast around Jeddah while literally pushing another F2 car for an improved team result.

One change for 2022 is that Jeff, the eternal engineer of the F1 series, has been replaced by real-life F1 mechanic Marc Priestley. Depending on your mileage, this will either mean you have a lovely, gentle voice delivering essentially the same lines as Jeff or if you happened to work in the same paddock as Marc for years, end up shouting "I broke a coffee machine with you, don't tell me what to do with the tires" at the television during a low moment.

Without the story mode or rivalry, F2 passes pretty anonymously. Weirdly, although the F1 teams are updated to the 2022 lineups, the F2 ones are using the 2021 ones. This means there are small inconsistencies, like the HWA team being in while VAR isn't, if you're keen on your junior series shifts. Moving on to F1 is obviously the meat of the game, with the 2022 cars.

They are tricky beasts, porpoising and bouncing and struggling with tire temperatures. Actual race teams can't simulate their behaviors properly so I wasn't really expecting the F1 game to, especially since it's never really simulated the previous aerodynamic era. It's not like you were condemned to plod around in your starting position because overtaking was near-impossible in F1 2019 or that cars couldn't run much, much closer than they ever could on track.

I haven't driven a 2022 car in real life so it's hard to say if they've truly captured the same feel, but overall, it really didn't seem that different. The fine-tuning on setups, if you really get into the engineering, probably has some major impacts but for the majority of players, it will feel like the F1 games always have. I didn't come across anything in the bits of setup I fiddled with that wildly changed things in a way I wouldn't have expected from the previous games.

That said, I can't pretend I'm a regular F1 league racer or something, and I did get repeatedly frustrated by the game expecting me to know how to do everything in it. I don't know if this is just me finally getting old but trying to find settings to change them felt messy, interrupting a run of racing to adjust something minor and ending up searching through menus for where the specific setting was.

Working stuff out is a natural part of progressing in any game, but since I was playing in casual mode to try and get through as much of it as possible for the review, I felt like giving me some hints might have been useful, at least as something that a more experienced player could turn off. Equally, there were a couple of things—steering assist and an AI adjustment that slows the pack down to keep with you if you're really struggling—that it felt like the game could have suggested automatically if you had a couple of disastrous rounds and needed encouragement, rather than risking people thinking it was just impossible.

I suck at F1 2022 on nearly incomprehensible levels but did manage to get a pole position and a podium by the end of my first season. I'd blasted through the game much too fast and skipped most practice sessions, so I definitely wasn't progressing the way someone doing it properly would, and I want to take another run at it but it did at least feel like sinking hours into it got you somewhere. And the hours went by pretty easily, even when I was getting annoyed at both the game and myself. Like with the previous franchise installments, it's not hard to find yourself thinking "Yeah, just one more round and then I'll make dinner."

Maybe I should've been spending a concentrated amount of time on each track instead of thinking how, without the story mode, it all got a bit same-y as a single player. The new tracks are fine; Miami is about as much fun as it was to watch from across the Atlantic—which is to say I'd happily never drive 'round it again. Meanwhile, the adjusted Yas Marina was a blast and not just because that was where I finally got pole and celebrated with the unorthodox choice of picking up my furious, 17-pound cat like a Pirelli trophy because, yes, I'd got that invested.

That's the thing, it's an F1 game. If you're an F1 fan (and I very much am) then it lets you live out a little fantasy of being an F1 driver for a bit, regardless of your starting skill level or if you've got a sim rig or if you'll ever play it competitively. Even without an overarching narrative, your season falls into one: heartbreakingly smashed out of your first points finish, a rivalry with the AI that's convinced you and Nicholas Latifi are destined to be mortal enemies. And when you get to spray the virtual champagne you still feel like you've accomplished something. Competing, and especially winning, is as fun as it ever is.

It's just when it offers to put your trophy in your fake mansion, with your loitering fake friends, that puts a Metaverse-y brake on. Yeah, I want to pretend to be an F1 driver—not a loser.

Environmental awareness is hitting headlines, but is it hitting home? 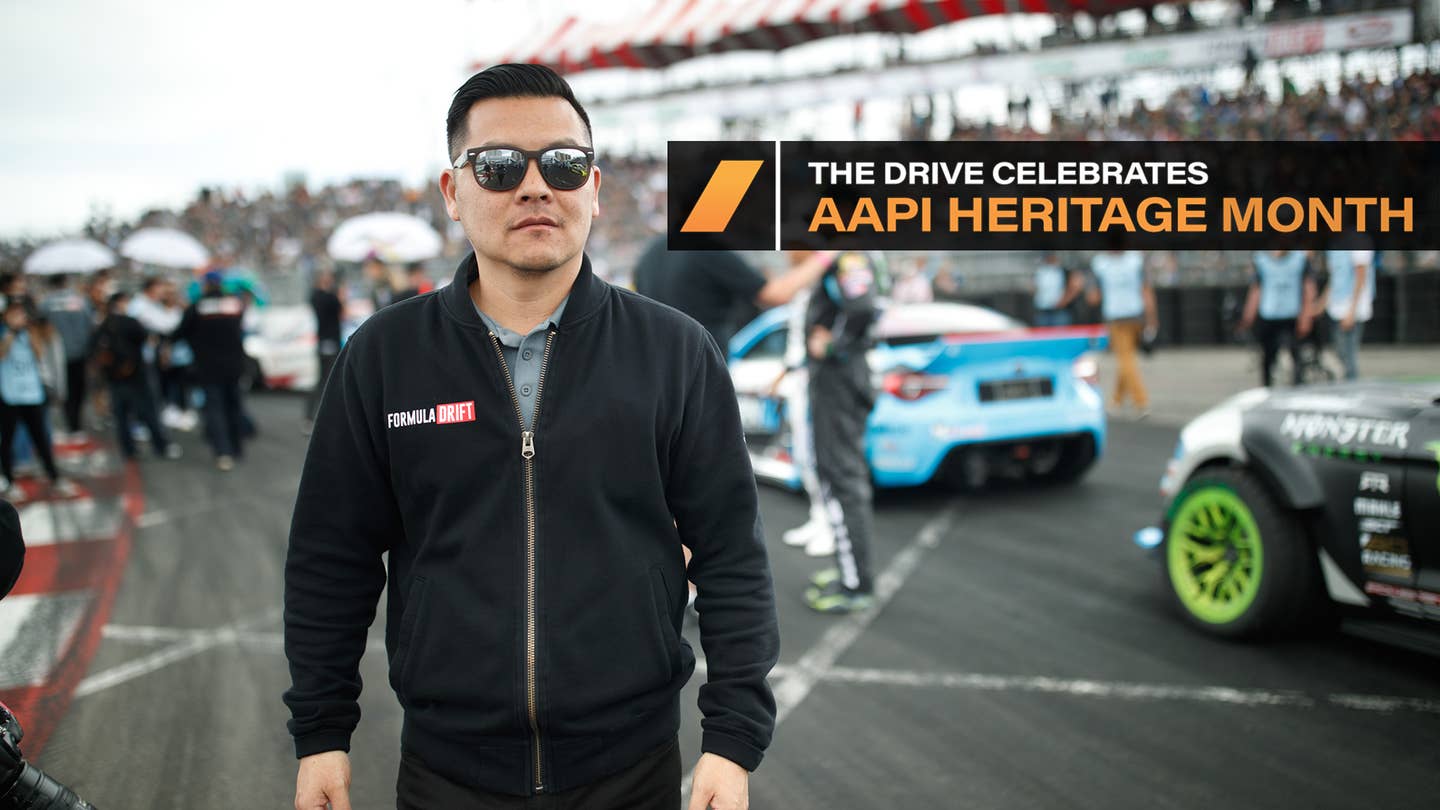 Formula Drift Has Always Been an Asian Space. Co-Founder Jim Liaw Made Sure of That

Initial D souvenirs and Japanese snacks are just some of the hints that give away Formula Drift’s very Asian roots. 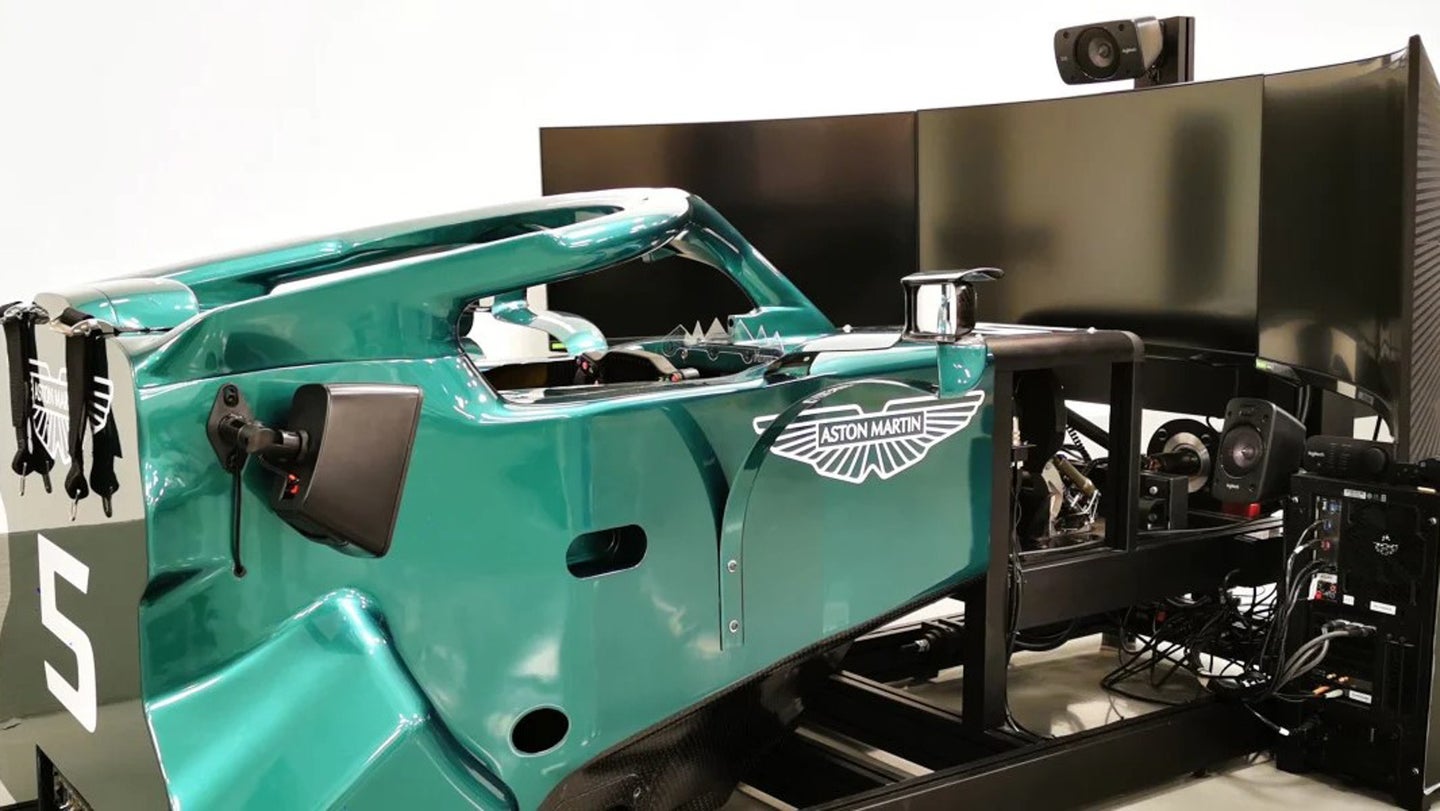