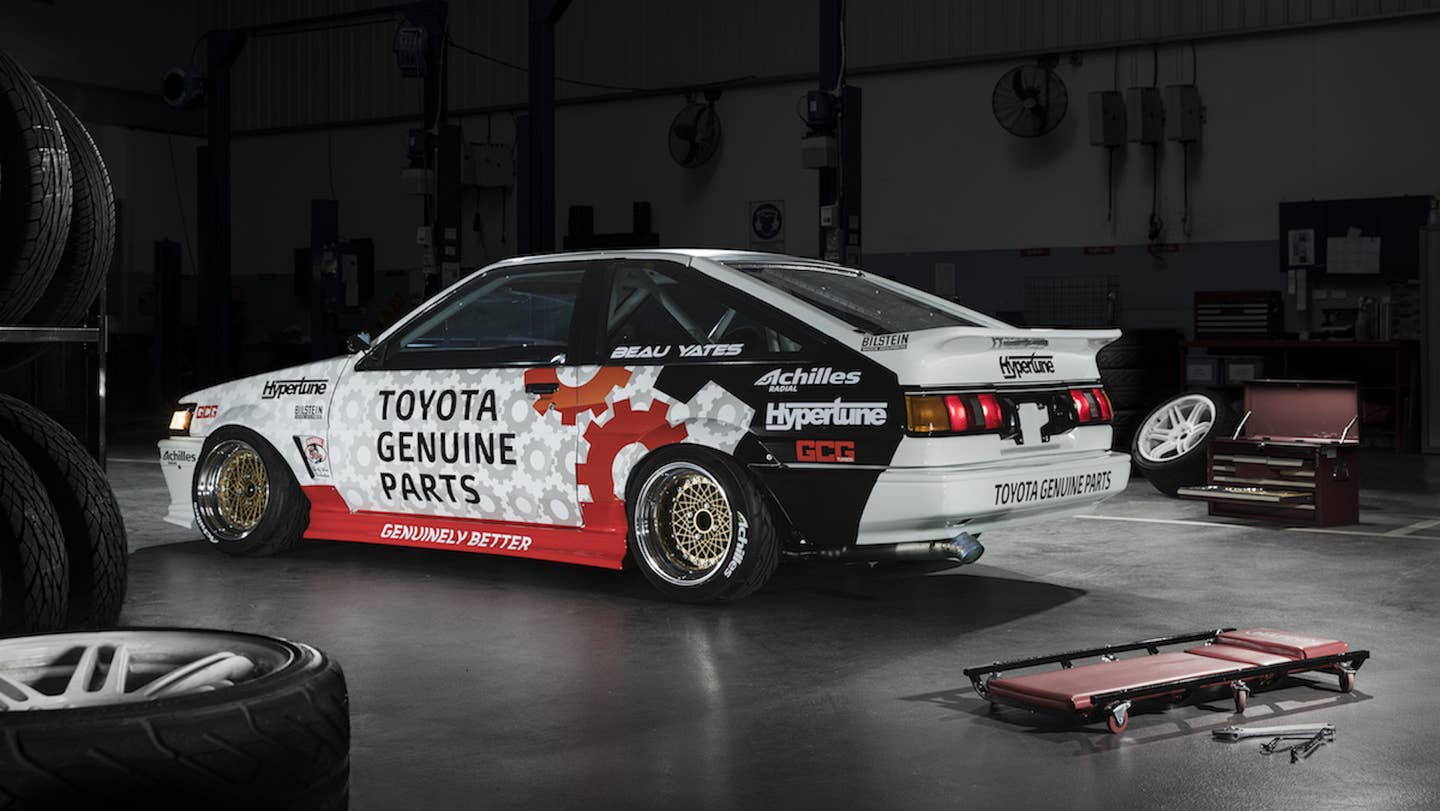 Not to throw shade at your $900 Craigslist missile car project but… yeah, Beau “The Show” Yates probably has you beat. The Australian drifting champion, he of Supra-swapped twin-turbo Toyota GT86 Internet fame, rolled out his new-old 1984 Toyota Corolla AE86 during the World Time Attack Challenge at Sydney Motorsport Park. This one, as the forum bros say, is proper.

Yates has owned the car since 2003, and drove it to the WTAC drift title in 2006, but totaled it crashing out of a race in 2013. So began the journey to build the perfect Hachi-Roku. The result is next-level stuff, the product of a painstaking thee-year-long restoration project in conjunction with Toyota Genuine Parts. That means every piece the shell—body panels, trim pieces, lighting, grille, and structural pieces like the strut towers and frame rails—are legit off-shelf components. Onto the rock-solid base went a heaping of aftermarket parts, suspension and aero and all the requisite safety kit. The beating heart is a 2.0-litre 3S-GE four-cylinder, the venerated BEAMS engine, totally built from covers to crank and heavily turbocharged.

The car even caught the eye of Keiichi Tsuchiya, a.k.a. the original Drift King, the veteran racing driver credited with popularizing the AE86 and Japan’s mountainside touge sideways sessions. Tsuchiya, who turned 60 (!) this year, took the wheel of Yates’s Corolla in Sydney, and laid down a smoky session in 360-degree, 1440p goodness. Dude’s still got it. Check out the video below.