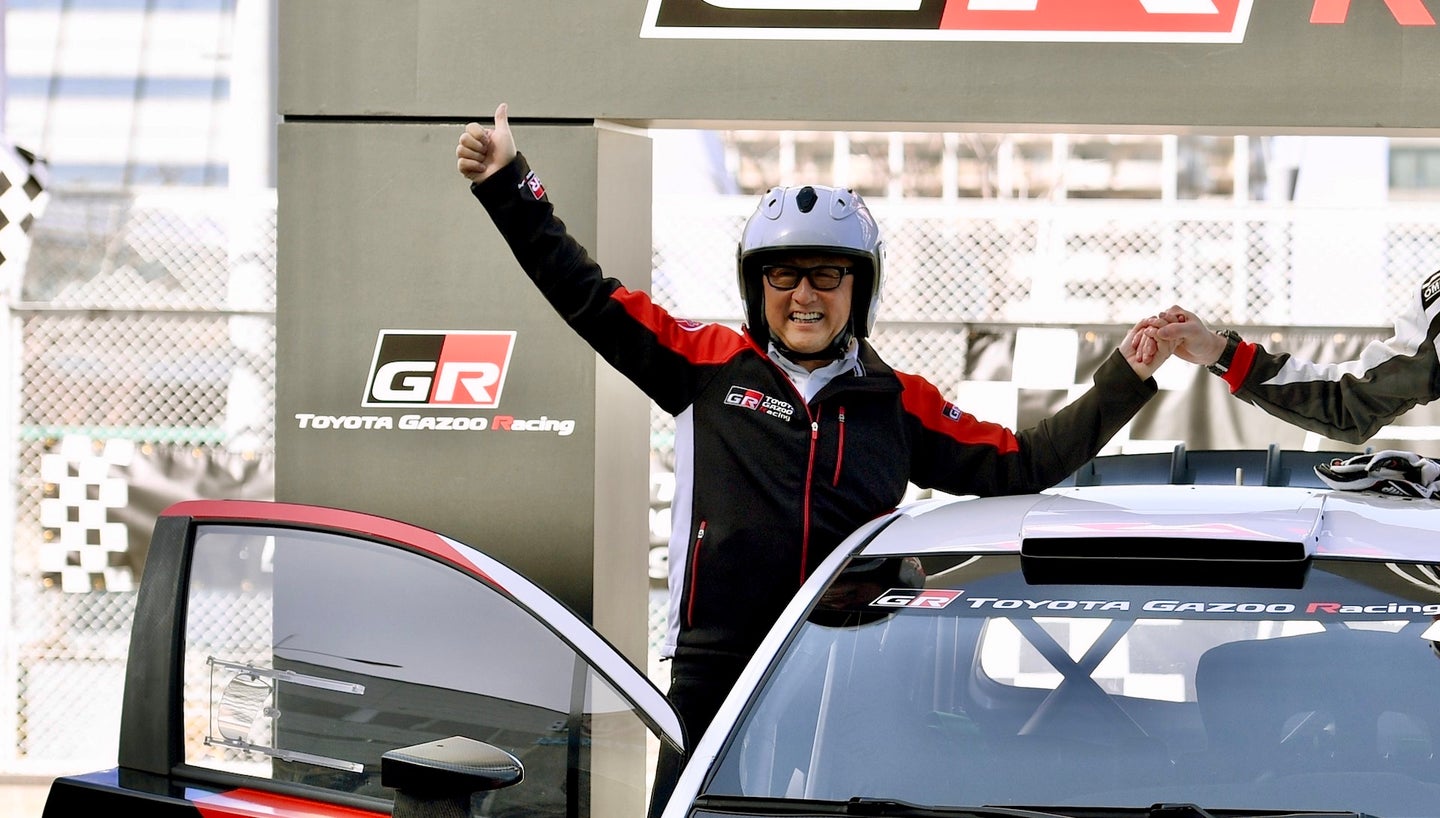 The FIA has been having a bit of a rough time for the past few months. After years of Jean Todt's rule, Mohammed Ben Sulayem was voted into the presidency after the biggest sporting controversy since the FIA's modern structure began. Since then, the Formula 1 race director's job has been restructured, and sweeping changes Sulayem promised seem to be well underway, with a raft of new appointments to the FIA senate, including the first-ever automotive CEO, Toyota's Akio Toyota.

Without wanting to get too Phantom Menace, since governance structures may just possibly not be the most thrilling aspect of international motorsport, the FIA senate is a seriously important part of how the whole organization works. It's the part of the FIA that basically runs the whole show, from management to finances, and is made up of the most senior elected positions and other appointed people chosen to balance the 16-member-strong group.

New FIA president Sulayem stood on a platform of transforming the FIA and he has, by all accounts so far, stuck to that. There have been reform committees already announced and although the seemingly glacial pace of the Abu Dhabi investigation might not be satisfying everyone, it is happening and having consequences already with Masi not continuing in the Race Director role.

The four new senate appointments announced today are part of a commitment to diversity and reform. But maybe the most interesting of the four is Akio Toyoda, the CEO and chairman of Toyota (and a massive race fan and master racing driver), becoming the first automaker CEO to have a chair on the senate.

Toyota is important to both the World Rally Championship (where it's one of three manufacturers working with the FIA on the coming hybrid era in a technology-sharing program) and after being the last marque standing in LMP1-H, was the first to sign up to the World Endurance Championship's Hypercar era. It's not one of the OEMs associated with a return to F1 for the 2026 power unit regulations but is by far the most committed Japanese manufacturer in FIA series—at least compared to Honda's perma-flakiness and Nissan's tendency to just flirt with something until it realizes it's going to be difficult to get good at it.

“It is an honor to be invited to join the FIA Senate," read a statement from Toyoda sent to The Drive via email. "I would like to share and discuss how this forum can be used to improve motorsport both Globally and in Japan.”

Toyota hasn't been quiet about how it sees the automotive future, announcing 15 new EVs with a reluctance only matched by Stellantis and staying committed to the possibility of hydrogen, in both fuel cells and combustion engines. It's also the world's biggest automaker, drubbing the Volkswagen Group back into second place during the turbulent chip shortages of 2021, so it's interesting to see its CEO take up such a major governance role with the FIA.

Fatma Samoura has also become the first Senegalese representative on the senate, coming from a background of high-level UN project work and her current role as secretary general of FIFA. Samoura was the first-ever woman in that role at FIFA and the number of women in leadership roles in FIFA has significantly improved since she was appointed—which is important in motorsport's wildly gender-unbalanced world.

Anton Roux, chairman of Motorsport South Africa is a potentially significant appointment as FIA-sanctioned sport makes a return there (the Cape Town Eprix is slated for 2023 and there's a persistent interest in a Kyalami F1 round) while the head of the U.K. automobile club, Ben Cussons, is very much less surprising.

The FIA Has a New President. Here’s Why It’s a Big Deal