Raikkonen will skip tomorrow’s race after testing positive for COVID-19 and could potentially miss Monza next weekend. 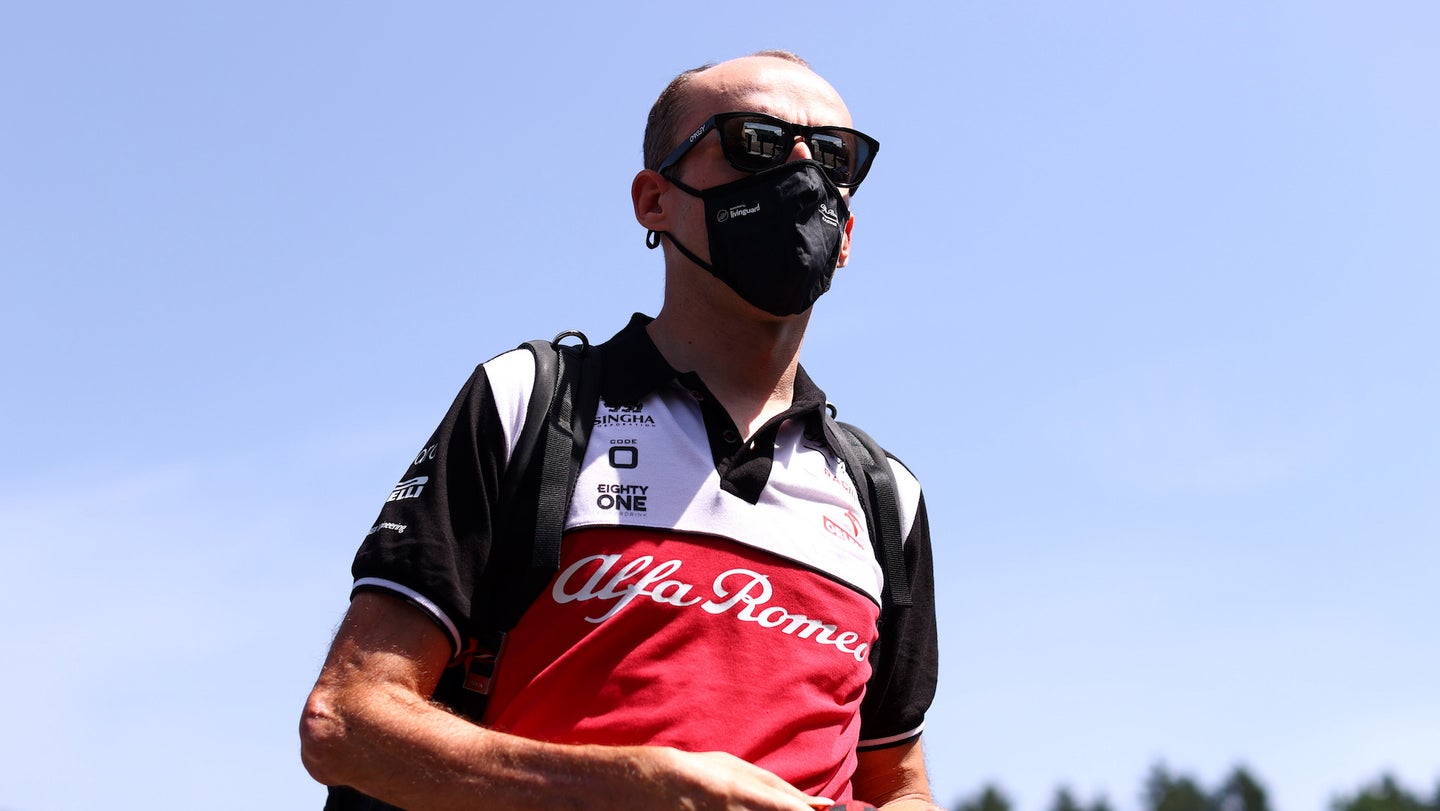 A couple of weeks after losing out on a class win at Le Mans due to a final-lap mechanical failure, Robert Kubica is getting an unexpected chance to shine at this weekend's Dutch Formula One Grand Prix at Zandvoort. The move was announced by the Alfa Romeo F1 team after its lead driver, Kimi Raikkonen, tested positive for COVID-19 ahead of the weekend's festivities.

Kubica is one of the team's reserve drivers and also one of the most experienced backup racers in the overall F1 fraternity, given that his last stint in an F1 car was less than two years ago at the 2019 Abu Dhabi Grand Prix in a Williams. This means that Kubica is mostly familiar with modern F1 machinery, regulations, and team procedures, further flattening his learning curve as he jumps behind the wheel of the Alfa C41.

According to Formula 1, Raikkonen is currently isolating in his hotel and the team reports that he's currently showing no symptoms and "is in good spirits."

Raikkonen made waves earlier this week after announcing that he will retire from Formula 1 at the end of 2021. Further fueling the silly-season shenanigans, rumors have emerged from the paddock that his teammate, Antonio Giovinazzi, will also be shown the door at Alfa, freeing up one more racing seat for 2022.

The Race That Wasn’t: How Verstappen Won a Three-Lap Belgian Grand Prix on Sunday