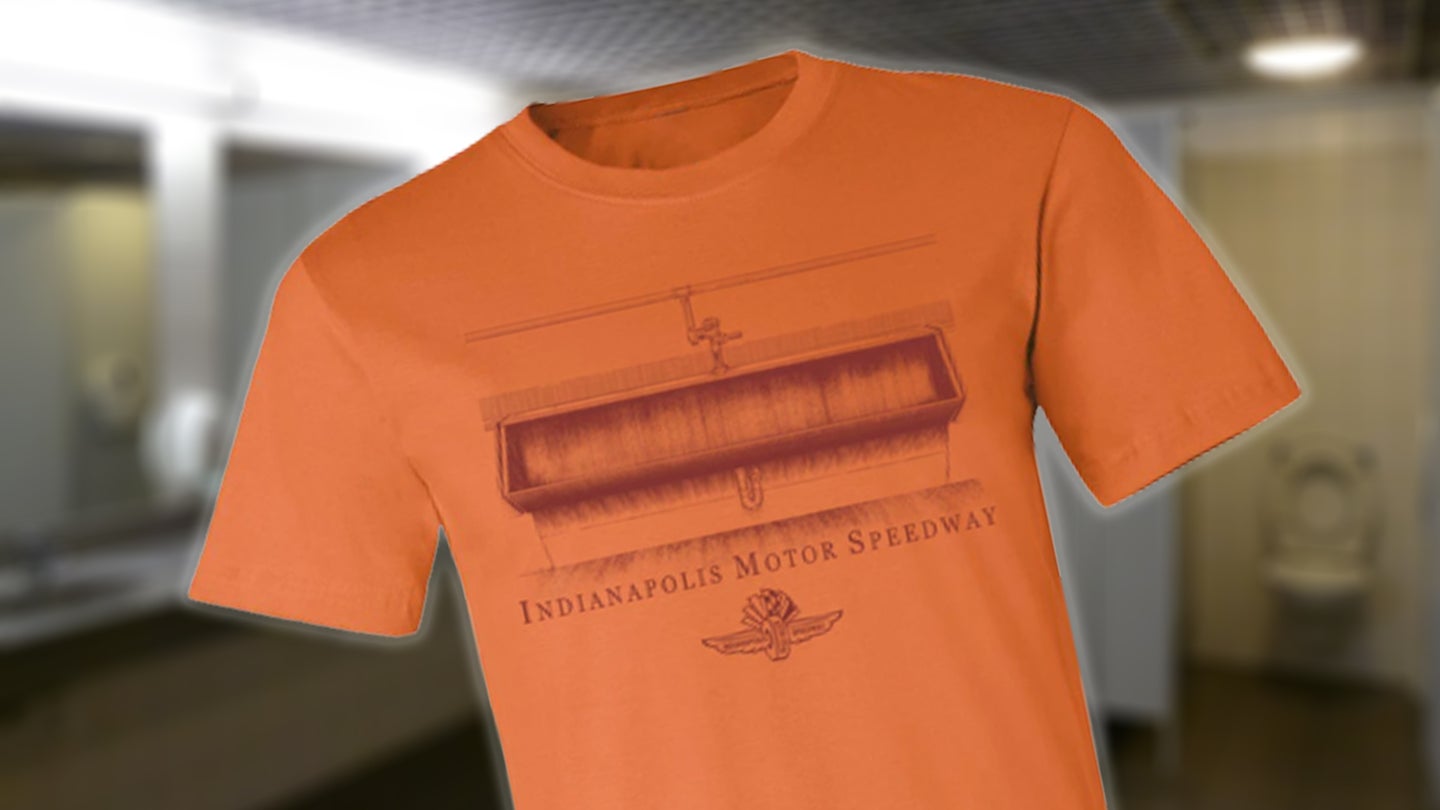 At Indianapolis Motor Speedway, recent upgrades have refreshed the facilities around the track, including the bathrooms. This led to anxiety amongst fans, who worried that the track's apparently famous trough urinals would be replaced with a more traditional solution. In response, track president Doug Boles confirmed that the existing facilities will be replaced with new troughs, continuing the communal urination tradition at the track. But IMS has also gone one step further, commemorating the facilities with a special t-shirt.

When you're running a huge, popular event like the Indy 500, it goes without saying that you need facilities to deal with the many thousands of people who will all need to pee at some point. At these volumes, providing enough stalls quickly becomes impractical, and even regular partitioned urinals can be space inefficient. At higher crowd densities, the go-to solution is the urinal trough, allowing men to stand shoulder to sweaty shoulder while relieving themselves at the track. Culturally, they're a bit less common in the United States—hence the tribute paid to those at IMS and other venues like Wrigley Field. However, in places like Europe and Australia, they're commonly fitted everywhere from school bathrooms to shopping malls, though more typically in a taller, wall-mounted format.

The comparative obscurity of the trough urinal in the U.S. has led to their elevated status in the few big-time venues in which they exist, leading to their veneration by the Indy community. The t-shirt spawned from this movement is a fitting tribute, depicting the classic gathering point in a tasteful illustration along with the IMS logo. One can only suspect the shirt's burnt orange color was chosen to faithfully recall the rich, dark urine only generated by drinking multiple cases of beer on a hot afternoon in the sun.

With this year's race once again open to fans, there's no reason you can't be sporting this brilliant piece of toilet nostalgia at the track in May. We look forward to seeing a sea of orange at the event, both in the grandstands—and trickling down the drain.

Motorsport’s milkiest podium ceremony will once again be cheered on from the stands, but how loudly?