Pole, every lap led, fastest lap, and the race win are just another day at the office for the six-time champ. 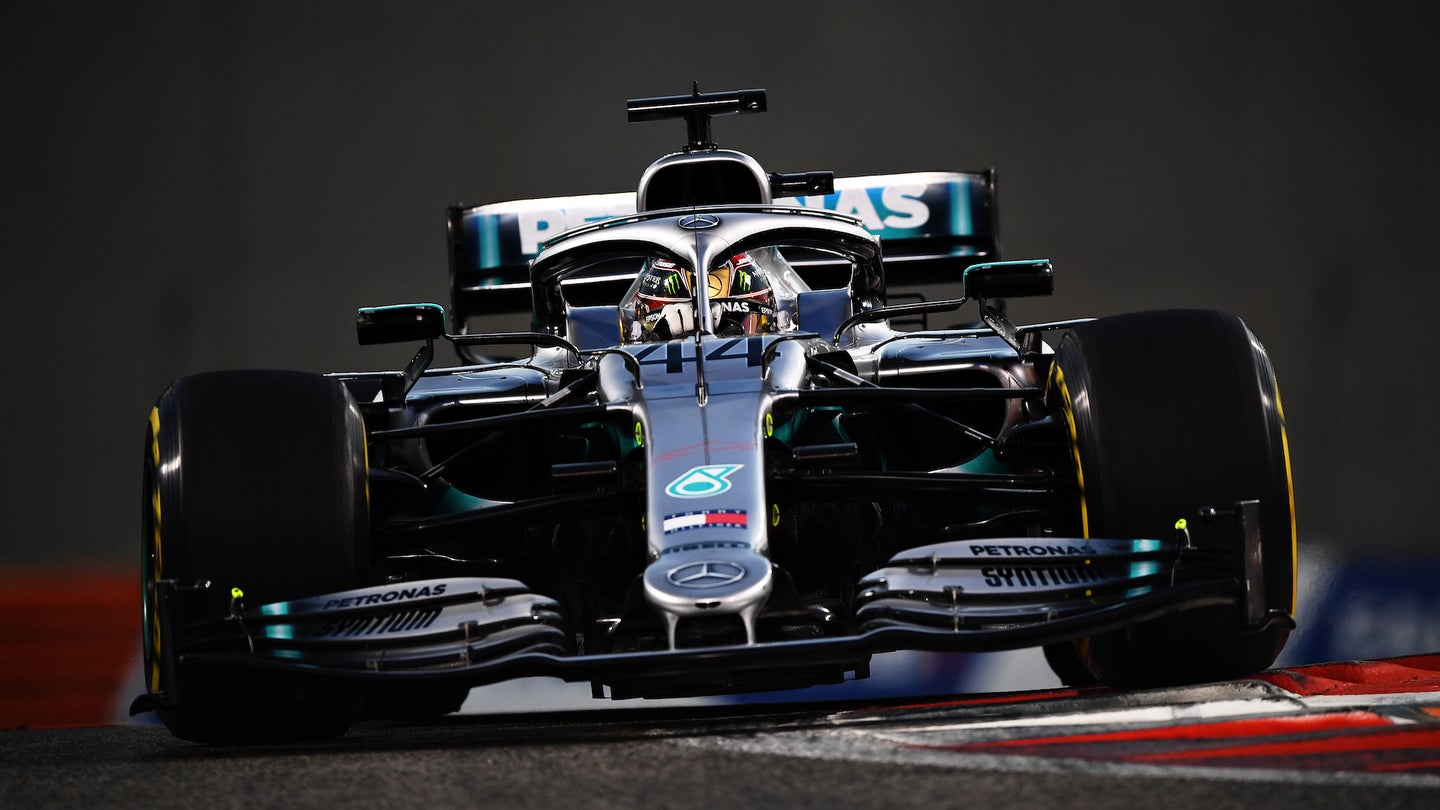 Hamilton catapulted from the starting grid best among the pack leaders and went unchallenged by fellow front-rower Max Verstappen into turn one. Verstappen found himself the target of Charles Leclerc, who swooped past him on the back straight, Ferrari power proving itself still the better of Honda.

Though Drag Reduction Systems were supposed to come online a few laps into the race, technical issues prevented the system's activation. This compounded Verstappen's struggle to stay close to the Ferrari of Leclerc, and his challenges mounted as he began reporting engine issues on lap six. Frontrunners' pit stops commenced after 12 laps and Leclerc and his teammate Sebastian Vettel both ducked in for hard tires on a double-stacked stop.

Valtteri Bottas, who started last after a pair of engine penalties, brushed past Vettel for fifth on lap 17 as race control worked out what was awry with the DRS system, which came online by the end of the following lap, uncorking a few midfield fights.

Verstappen switched to hard tires after 25 laps, Hamilton after 26, and as the Brit exited the pits into a comfortable race lead, Verstappen reported worsening engine problems. Throttle response was down and on corner entry, he reported "massive handbrake effect," or too much engine braking. He and the Red Bull pit wall found a drivable compromise in the car's settings, but it became clear the Red Bull wasn't going to mount a late-race charge.

That didn't mean the Dutchman would settle for the podium's bottom step, however. Three laps after Bottas made his switch to hard, Verstappen used DRS to zip past Leclerc for P2 into the back straight-separating chicane, and though Leclerc tried to take the place back, there simply wasn't space to use his Ferrari's extra grunt to its potential. Leclerc then urged his pit wall to consider "plan C," which turned out to be an unprecedented two-stop strategy.

While Leclerc lost no position with his extra stop (for soft tires), Vettel did, slipping down to P6, with less-potent medium tires on his car. The German found himself down the road from Bottas and later Albon, after the Mercedes and Red Bull drivers exchanged fifth and fourth position. While Vettel pursued Albon and Bottas hunted Leclerc, Lance Stroll rolled his car into the pits to retire from the season's final race.

Bottas turned his fresh Mercedes engine to qualifying power in the race's closing laps, but for once, Ferrari's fortunes held. Pre-race threat of investigation into Leclerc's car didn't bear fruit, and Leclerc kept Bottas behind, retaining a podium finish for his team. With scarcely a lap to go, Vettel strolled past Albon on the back straight with the aid of DRS, recovering to P5.

Hamilton celebrated winning his 250th Grand Prix with donuts on the pit straight before stepping on to the podium to accept the trophy for his Grand Chelem—the sixth of his F1 career. Leclerc received a trophy of his own for the most pole positions this season with seven, more than any Ferrari driver since Michael Schumacher or Niki Lauda.

Nico Hülkenberg was voted Driver of the Day as he bid farewell to his Renault team, and without a seat lined up for next season, his F1 career will be on hiatus if not over entirely. At least he'll have Robert Kubica for company, as he too will be without a race seat in 2020.

The exhaust costs more than the car itself, but it’s totally worth it.