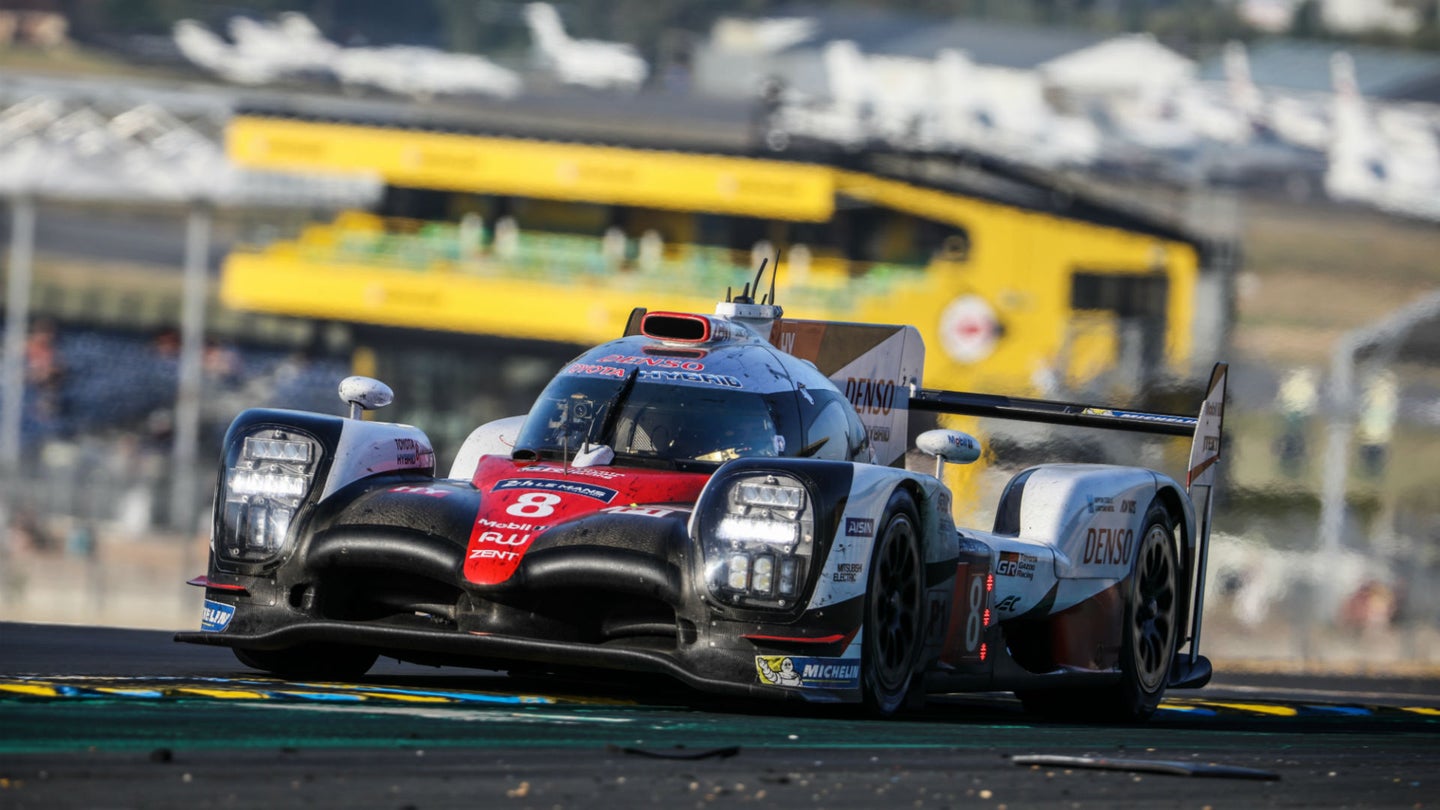 The engineers at Brembo brakes have recently provided a wealth of data on brakes used in Formula 1 and in World Endurance Championship prototypes. While both racing classes represent the pinnacle of automotive technology, the specifications of each car's braking system are entirely unique.

One of the most important distinctions between these series is that F1 races have a two-hour time limit while WEC contents like Le Mans run for an entire day. F1 cars are engineered for maximum performance in the moment, and conversely, LMPs must be designed with longevity in mind. The braking demands in F1 are much higher with cars often decelerating at more than five G-forces. On the other side of things, the deceleration at Le Mans caps out at 3.5 G. The Formula 1 brakes bite much harder, capable of slowing the vehicle by about 65 miles per hour in 236 feet. Over the same distance, the prototype decelerates by about 43 miles per hour.

With all that in mind, it's simplest to say that F1 brakes are made to take a ton of abuse in a short time, while LMP brakes are made to run consistently through long stints of action. This is illustrated by the infographic below, drawn up by Brembo.

Both racing series allow rotors up to 32 millimeters thick, but that's where the similarities end. Each rotor's diameter is set by the wheel requirements of its class. F1 wheels are limited to 13 inches, while LMP1 cars are allowed up to 18-inch rims.

Operating temperature is another factor that differs between the two series. The Formula 1 brake has more than three times the ventilation holes than that of the LMP. With F1 races being so demanding, the brakes are in an almost constant state of heat-up and cool-down. This is shown by the range of operating temperature being anywhere from 350 degrees to 1,000 degrees Fahrenheit. Half of the Le Mans 24 Hour race is driven at night when track temps are much cooler, so LMP brakes are actually designed to sustain heat. If rotors were to get too cold during the race, that could lead to the buildup of brake pad material and cause reduced stopping power.

Compiling all this data, Brembo concludes that in a hypothetical race with Formula 1 and LMP cars at Le Mans, the F1 cars' braking performance would absolutely embarrass the prototypes for the first 300 miles, or about 1/8th of the race. After those first few hours, the F1 brakes would be worn out, and it would be the prototypes' time to shine.

When Enea Bastianini crashed right in front of him Kornfeil didn’t see a wreck; he saw a ramp.