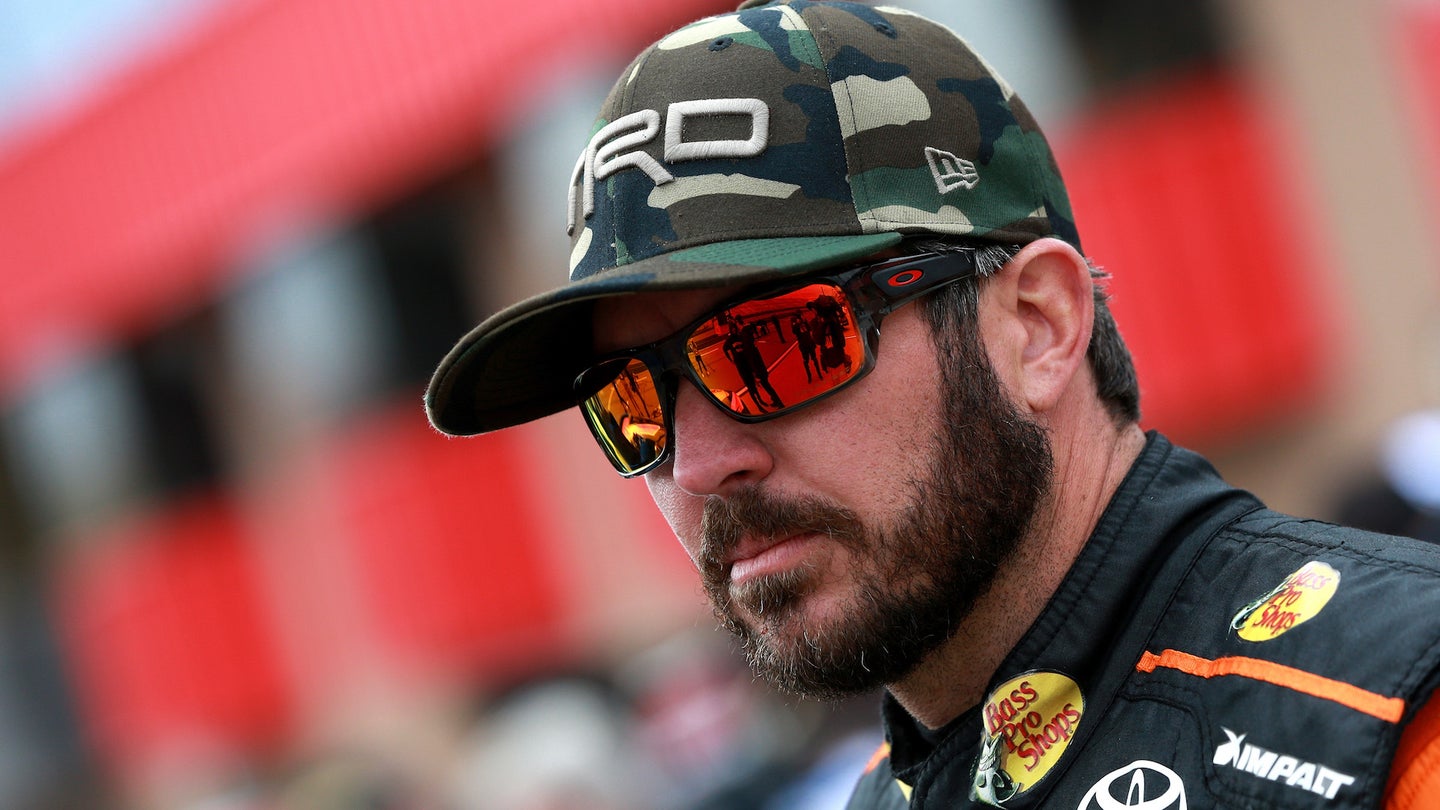 “That’s crazy how time flies,” Truex said. “Just seems like yesterday we were making preparations to run our first Cup races. I feel fortunate to be competing at the highest level of stock car racing; thanks to everyone who has helped and supported my career along the way. I am still having plenty of fun and feel I have more good years left in me.”

After nine Cup Series starts, combined, during the 2004 and 2005 seasons, simultaneous to his only two full-time seasons in the NASCAR Busch (now-Xfinity) Series, Dale Earnhardt Inc. moved Truex to NASCAR’s top series full-time in 2006. The two-time Busch Series champion experienced ups and downs after embarking on a Cup Series career. He claimed his first premier-series win while still with DEI in 2007.

Truex claimed a second Cup win with Michael Waltrip Racing in 2013, but his stint with MWR ended amid controversy at the end of that season—controversy that was not of Truex’s doing. Seemingly shady activity that included a suggested itchy arm for fellow MWR driver Clint Bowyer and an oddly-timed pit stop for teammate Brian Vickers in the regular season finale (also at Richmond), looked to be desperate attempts by Michael Waltrip Racing to get Truex into the playoffs. Truex didn’t get into the playoffs that year, though, and the shady activity didn’t sit well with sponsor NAPA, prompting the auto parts dealer to pull its support of Truex’s No. 56 Toyota. As a result, Truex lost his ride.

MWR shut down a couple years later amid financial woes that seemed to begin with the 2013 Richmond debacle. But Truex’s career made a turn in a positive direction in the aftermath. After MWR, Truex landed at Furniture Row Racing, where he still makes his racing home. After a 2014 season that was a struggle, Truex and FRR found more success than the driver or race team had ever experienced before.

Truex and Furniture Row won together for the first time at Pocono Raceway in Long Pond, Pennsylvania in 2015. It was the third-career win for Truex and only the second for the No. 78 FRR team. Things only got better from there. In their time together so far, Truex and FRR have won 14 races, including four wins in 2016, making that year the first multi-win season for both driver and team. Then, they really took off in 2017, winning a series-high eight races and a Cup Series championship.

“It’s been a good ride so far, especially the past couple of years,” Truex said. “I am surrounded with a talented and committed team. We all feel the same — once you taste a championship you want to taste it again and again.”

The success is continuing in 2018, as Truex already has driven the No. 78 into victory lane, eight races into the season, after a win last month at Auto Club Speedway in Fontana, California.