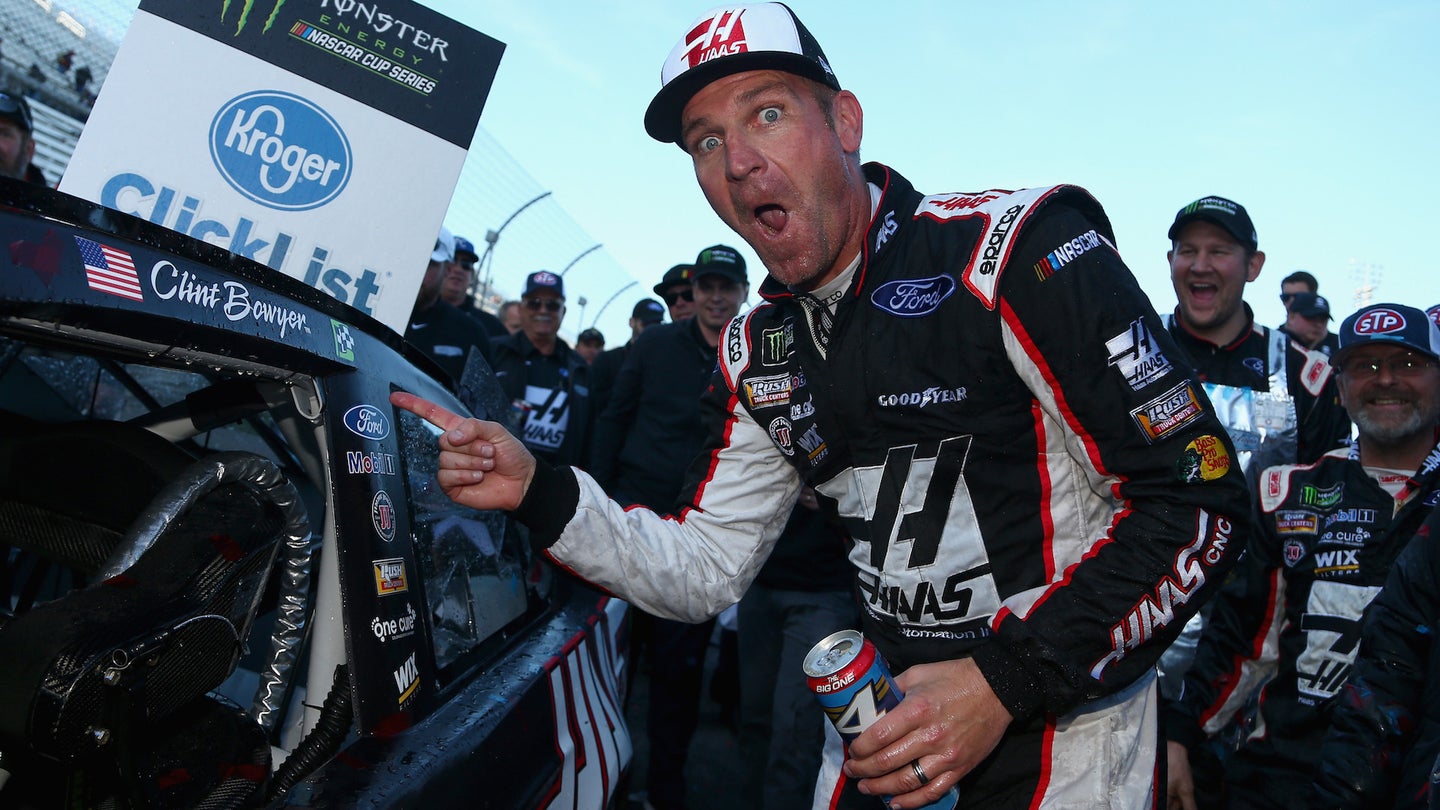 Before Clint Bowyer won the weather-delayed 2018 STP 500 at Martinsville (Virginia) Speedway on March 26, he went 190 Monster Energy NASCAR Cup Series races since last winning at Charlotte (North Carolina) Motor Speedway on Oct. 13, 2012. That was the third-longest string of races between wins in NASCAR premier-series history. One of Bowyer’s former teammates can relate.

“I know exactly what he (Bowyer) feels right now,” reigning NASCAR Cup Series champion Martin Truex Jr. said during his post-race media availability at Martinsville. "I don’t know that my streak was quite as long as his, but either way, it’s so hard to win these races and come back from being in places that he was, and I was with teams that weren’t as competitive. Climbing back in and digging your way out of them holes is tough. Really happy to see him back in victory lane; it’s pretty cool to see.”

Truex and Bowyer were teammates for a time at MWR, as their times with the now-defunct race team overlapped by two years, 2012 and 2013. Worth noting: The two drivers were teammates when Truex snapped his winless streak and Bowyer’s began.

Truex joined Michael Waltrip Racing in 2010 after a stint at Dale Eanhardt Inc.-turned-Earnhardt Ganassi Racing. He finally snapped his lengthy win drought in his final year at MWR before losing his seat in the No. 56 Toyota after the organization’s failed ploy to get him into the playoffs that included an on-track spin in the regular-season finale at Richmond (Virginia) Raceway by Bowyer after Bowyer’s spotter suggested an itchy elbow, and another MWR teammate, former driver Brian Vickers, made an oddly- and suspiciously-timed trip down pit road.

The plan backfired, with Truex still not making the playoffs and an extra driver, Jeff Gordon, added to the playoff field after the MWR antics. Longtime sponsor NAPA left MWR as a result of the controversy, and without a sponsor there, Truex was without a ride. He moved onto his current racing home, Furniture Row Racing.

Meanwhile, Bowyer maintained his seat as driver of Michael Waltrip Racing’s No. 15 Toyota for a couple more years before the team shut down at the end of the 2015 season. One of the suspected causes of MWR’s eventual downfall was the 2013 Richmond scheme that resulted in the NAPA departure that included Bowyer and cost Truex his ride. Bowyer, then, bided his time at HScott Motorsports for a season before getting the opportunity to replace the retiring Tony Stewart in the No. 14 Stewart-Haas Racing Ford in 2017.

Truex and Bowyer seem to have both recovered nicely from the Michael Waltrip Racing hiccup. Both have punched their tickets into the 2018 playoffs with race wins and both are with championship-caliber teams. After all, Truex is the reigning champion with his Furniture Row Racing team, and Stewart-Haas Racing has won four of the six races, so far, this season with two different drivers: Bowyer and three-time winner Kevin Harvick.

“It’s just so cool to see,” the reigning champ said of his former teammate’s latest win. "He’s worked so hard through a lot and has had a couple of tough seasons, and now he’s obviously with a great team. They have started the year off strong."