After an entire year without a lead sponsor, Dixon and Chip Ganassi Racing finally take it to the bank. 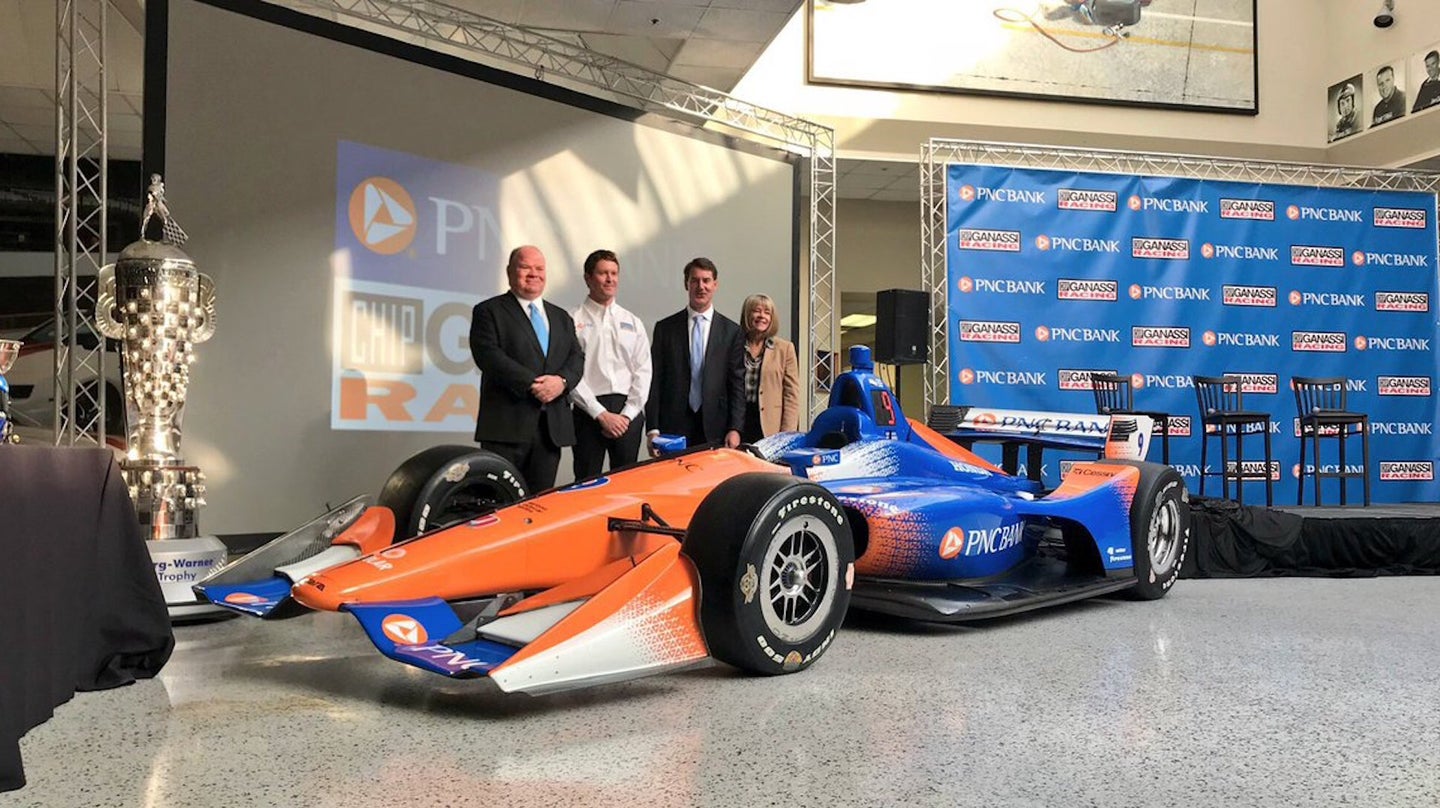 Scott Dixon, the four-time IndyCar Series champion who drives the No. 9 Honda for Chip Ganassi Racing (CGR), will have PNC Bank as a primary sponsor during the 2018 Verizon IndyCar Series season.

The partnership was announced on Tuesday at the Indianapolis Motor Speedway Museum as the fresh blue and orange paint scheme was revealed.

Target, who pulled out of IndyCar sponsorships altogether, was previously the long-time primary sponsor of Dixon's car with CGR until the end of the 2016 season. Over that time, Dixon captured all four of his IndyCar series championships and took home the checkered flag in the 2008 Indianapolis 500.

As part of the new sponsorship, Dixon will be driving the No. 9 PNC Bank Honda in the upcoming 102nd running of the Indianapolis 500 on May 27. The agreement represents an expansion of the relationship between PNC and CGR. PNC first became an official sponsor back in 2013.

“As we debut the No. 9 PNC Bank Indy car this season, the global brand visibility and the unique race track experiences we can offer clients around the country will bring new opportunities for us in an industry that attracts an estimated 54 million fans,” said PNC Chairman, President and Chief Executive Officer William S. Demchak in a news release.

This will be Dixon's 17th season driving for CGR, the longest tenure in team history. He has a career total of 40 IndyCar wins.