Watch This Australian Open Commercial With Kia and Rafael Nadal

Kia has been a longstanding supporter of the tennis competition. 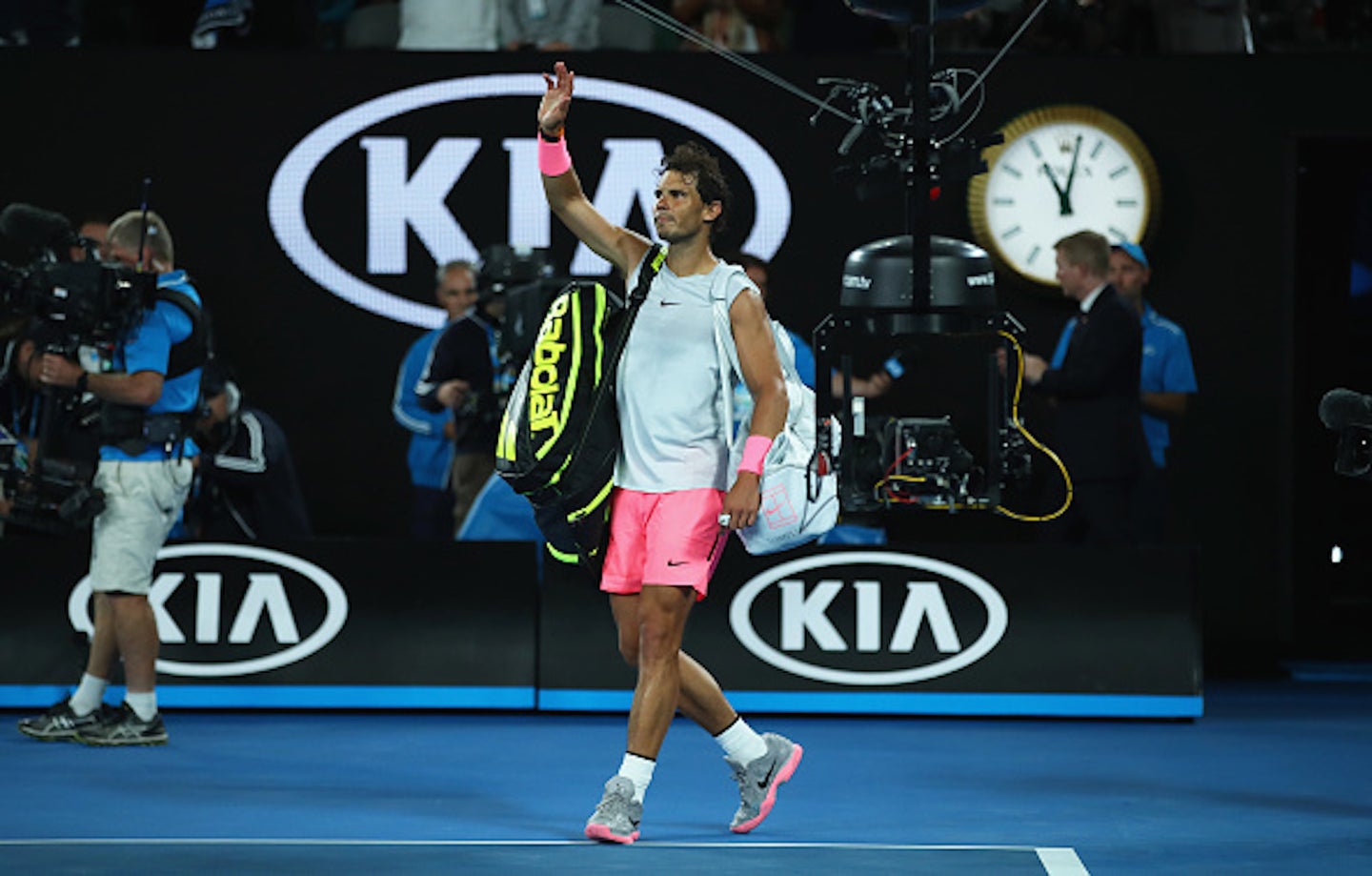 We are in the midst of the Australian Open, the tennis event that begins the annual grand slam and ends with the U.S. Open. The tenured competition, which has been around for more than 100 years, has partnered with Kia motors since 2002.

Since Kia is the competition’s longest standing sponsor and also sponsors the world’s number one tennis player, Rafael Nadal, it's created a commercial that honors that partnership.

In the ad, an orange tennis ball bounces off a red Kia Stinger. Rafael Nadal appears, clad in a blue button-down, and serves a blue tennis ball.

Teenagers and adults are then shown hitting and serving tennis balls of all different colors against a wall. Each time a ball bounces off of the wall it forms a circle of paint—a tennis ball-sized dot. By the end of the ad, there is a mural of dots, which morphs into the Australian Open tennis court. Nadal is shown on the court, surrounded by Kia banners.

“It’s the great power of the Australian Open, for a greater surprise,” a male voice says as the Stinger drives through a modern-looking city.

Kia is also heavily involved with the overall experience of the Australian Open. The Korean giant chose 20 children from Korea to be “ball kids” at the competition and selected 100 of its finest vehicles to display in Melbourne Park, where the competition takes place.

Kia also made limited edition tennis-themed vehicles, like the Picanto, the Sportage, and the Stinger.

Nadal, who has won 16 Grand Slam titles, was knocked out of the Australian Open last Tuesday, after calling a medical timeout for an injury on his right leg. The competition culminates with the men’s singles final Jan. 28.