Watch This Canadian Goon Set a Porsche Cayenne on Fire 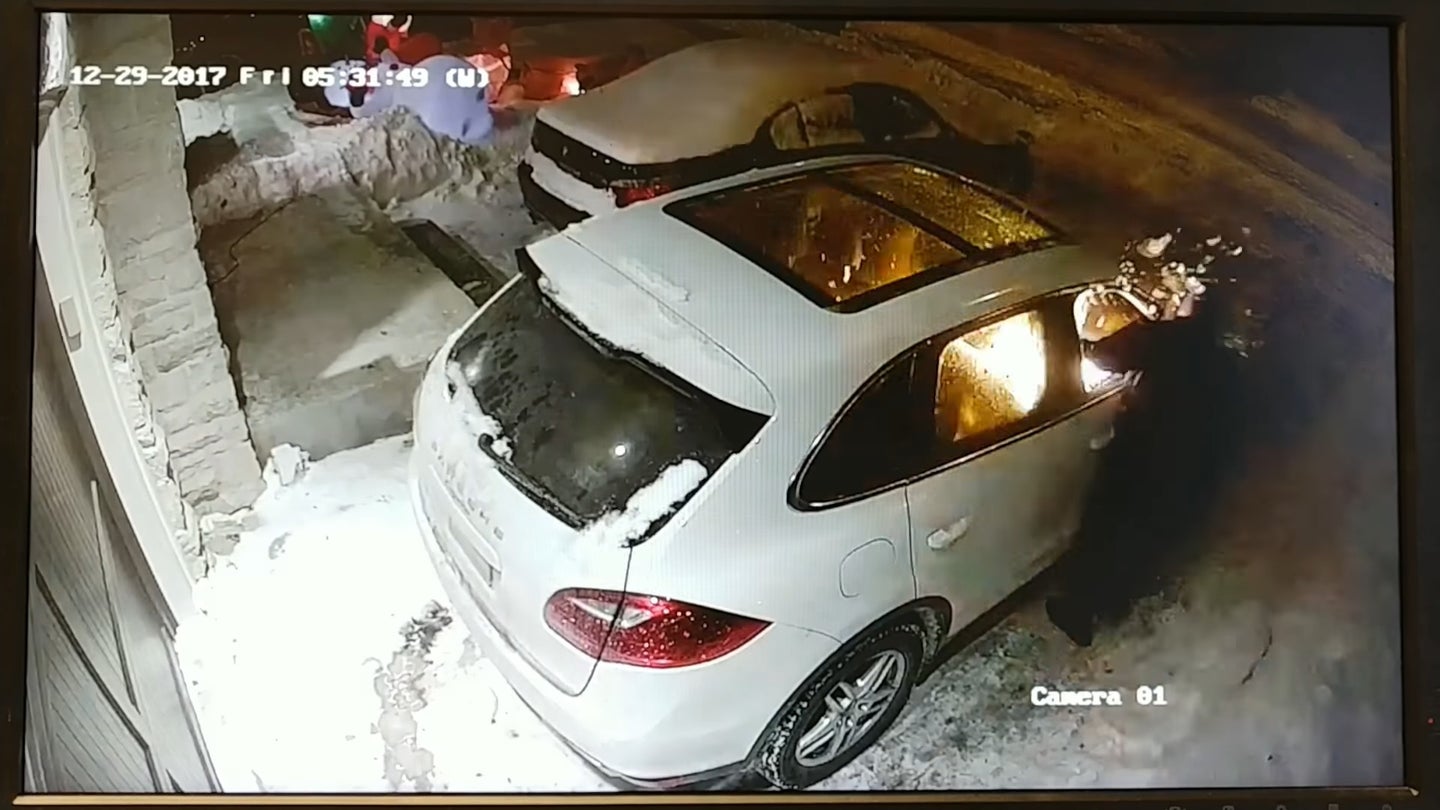 Next Christmas may be a long twelve months away, but one Toronto man is apparently wasting no time in cementing himself firmly on Santa's 2018 Naughty List.

According to the Toronto Police Service, a man is now wanted for arson after officers responded to a vehicle fire on an East York driveway early Friday morning. The police have also released surveillance video in the hopes that someone will recognize the suspect and bring him to justice.

The man reportedly approached a white Porsche Cayenne, smashed its window, doused it with gasoline, and set it on fire before fleeing in a white four-door sedan.

Unfortunately, the only description TPS has of this dude is that he was wearing a dark jacket, gloves, and black boots. Really narrows it down, I know. They add, however, that he may have sustained "significant injuries" as a result of his crimes.

We don't know what drove this man to light a car on fire in the owner's own driveway, but unless this Porsche owner acquired his or her wealth by clubbing baby seals or something, that stuff ain't cool.

Meanwhile, Toronto residents who know of anybody with a penchant for dark winter attire, access to a white sedan, some suspicious new bruises or burns, and a weird disdain for luxury German crossovers are encouraged to contact police at 416-808-5500 or Crime Stoppers anonymously at 416-222-8477.