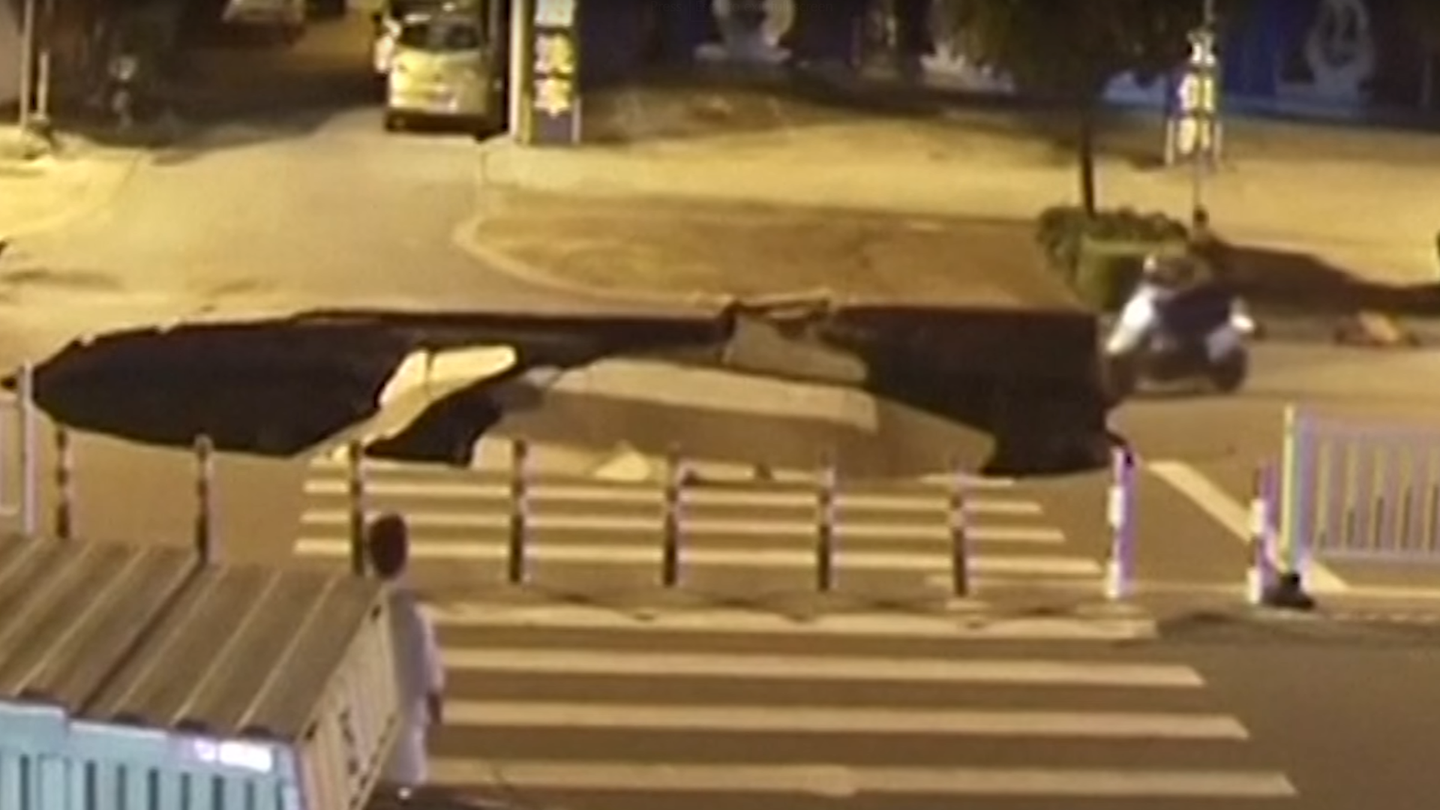 Listen, this year has been a little bumpy. Topsy-turvy. Weird as hell. Whatever your preferred descriptor, you're not going to find a better metaphor for 2017 than a man in China on his phone failing to notice a massive sinkhole swallowing the road in front of him and driving his scooter straight into the pit.

The Guardian shared CCTV footage of the incident, which went down in the city of Beihai in southern China last week. Beihai is a low-lying port on the country's southern coast, so it makes sense that sinkholes can be an issue, much like they are in our own Swiss-cheesed southern peninsula.

The video starts showing a wide section of pavement on an urban street beginning to sag, then collapsing entirely into a twenty-foot-wide maw that takes up almost the entire roadway. It's hard to tell how deep it is, but the answer comes few moments later when a man on a scooter emerges from the right side of the frame and drives straight into the hole. Distracted by his phone, he barely slows down at all as he takes the plunge and disappears entirely from view.

Even though it looks like a pretty nasty drop, cellphone video later recorded by a witness shows the man and his scooter fell about six feet, and The Guardian reports he escaped with minor injuries. Considering he was caught totally by surprise and wasn't wearing a helmet, he's incredibly lucky.