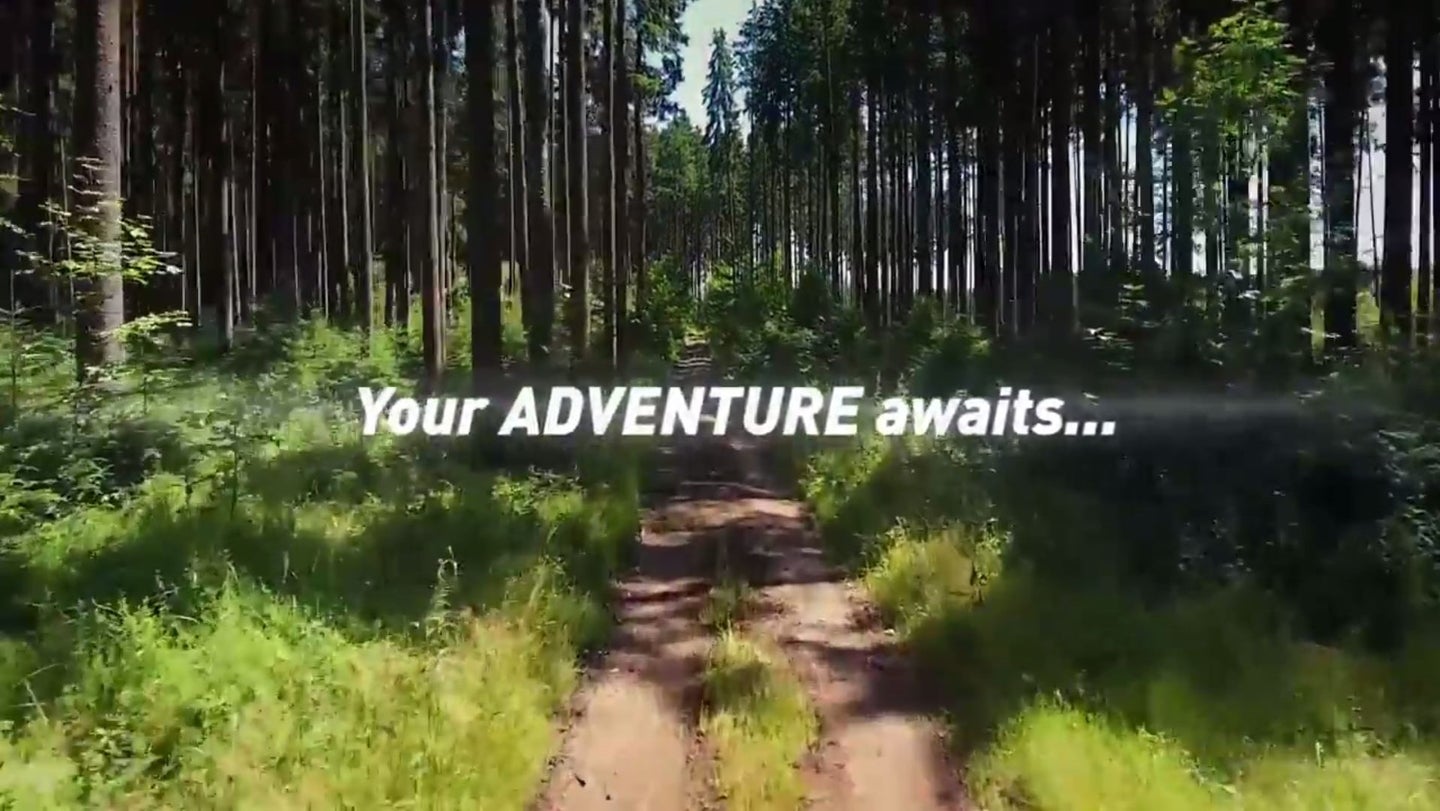 Teaser trailers leading up to the unveiling of a new motorcycle seems to be Yamaha’s new thing. The bike maker did it with a series of YouTube videos building hype for the Star Venture touring bike and now Yamacha is kicking off a campaign for a new off-road-oriented motorcycle.

The name of the video is “Your Adventure awaits” implying that this will be some sort of adventure bikes. Adventure bikes are like a cross between a touring bike and a dirt bike serving as the SUV of the motorcycle world. It’s a hot segment with entries like the BMW GS, Ducati Multistrada, Honda Africa Twin, and Yamaha’s own Super Ténéré.

The 20-second teaser on Yamaha Motor Europe’s YouTube page doesn’t show us a motorcycle at all. It shows us scenery and terrain that can presumably be explored with this new mystery bike. We see forests, mountains, and remote trails with the words “Your ADVENTURE awaits…” appearing on the screen followed by “6 September 2017 17:00hrs CET.” CET is Central European Time which covers a big chunk of Europe.

So, Yamaha already offers an adventure bike and several dirt bikes, what’s the new ride going to be? Our best hint right now is the T7 that Yamaha brought to the Milan Motorcycle Show last year. The T7 is a Dakar bike (basically a two-wheeled rally racer) that’s intended for high performance off-road powered by a 689cc parallel-twin engine. It has more touring capability than a dirt bike like the YZ250 and more off-road capability than the Super Ténéré. Yes, the Super Ténéré is an adventure bike, but like many of its competitors, it’s mainly a road bike that’s capable of some light off-roading. The T7 we saw in Milan was much more hardcore. Think Jeep Grand Cherokee versus Jeep Wrangler Rubicon.

For more details, we’ll have to wait until September 6 to see what adventure Yamaha has in store for us.