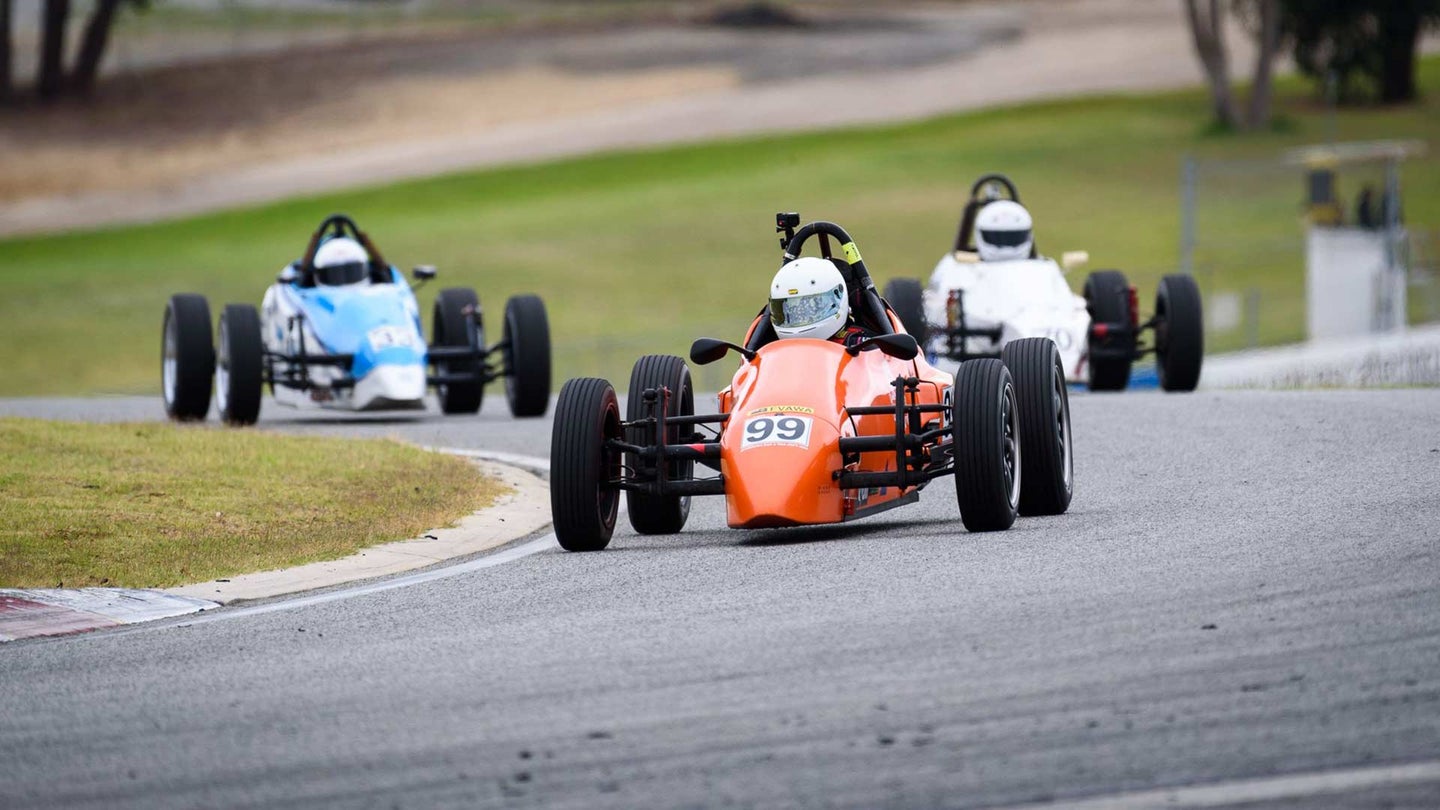 Open cockpit racing is terrifying. I don't care how tough or brave you are, going over 100 mph (heck over 200 mph) is insane when the earth is whipping around your helmet. Whether you are racing in the historic series at Lime Rock Park or the Canadian Grand Prix in Montreal, there is an increased risk when operating an open cockpit race car.

Unfortunately, 47-year-old Kathy Lisson crashed her Formula V car at the Winter Classic at WA Racewayin Perth, Australia yesterday, causing the race car to flip twice. As you can see from the GoPro footage, the race car barrel rolled, causing Lisson to hit the side of her head on the racetrack. Amazingly, Lisson only suffered a sore neck and bruising from the crash. Her safety can be credited to the limited roll bar behind her head, but this video also serves as a great reminder to how this incident could have easily ended up a lot worse.

Based on the video, we can see how Lisson's day went south when the car in front of her locked up their tires, causing her to make contact with its rear tires and eventually being thrown into a barrel roll. Lisson told 9News, "I do remember thinking, 'oh I'm up in the air' and then lots of bangs, it happens very quickly." Although the crash was costly to Lisson, she plans to return to racing as soon as possible.

The F1 boss continues his relationship with the World Endurance Championship.

Don’t play chicken on two-lane roads…especially not with tractor trailers.