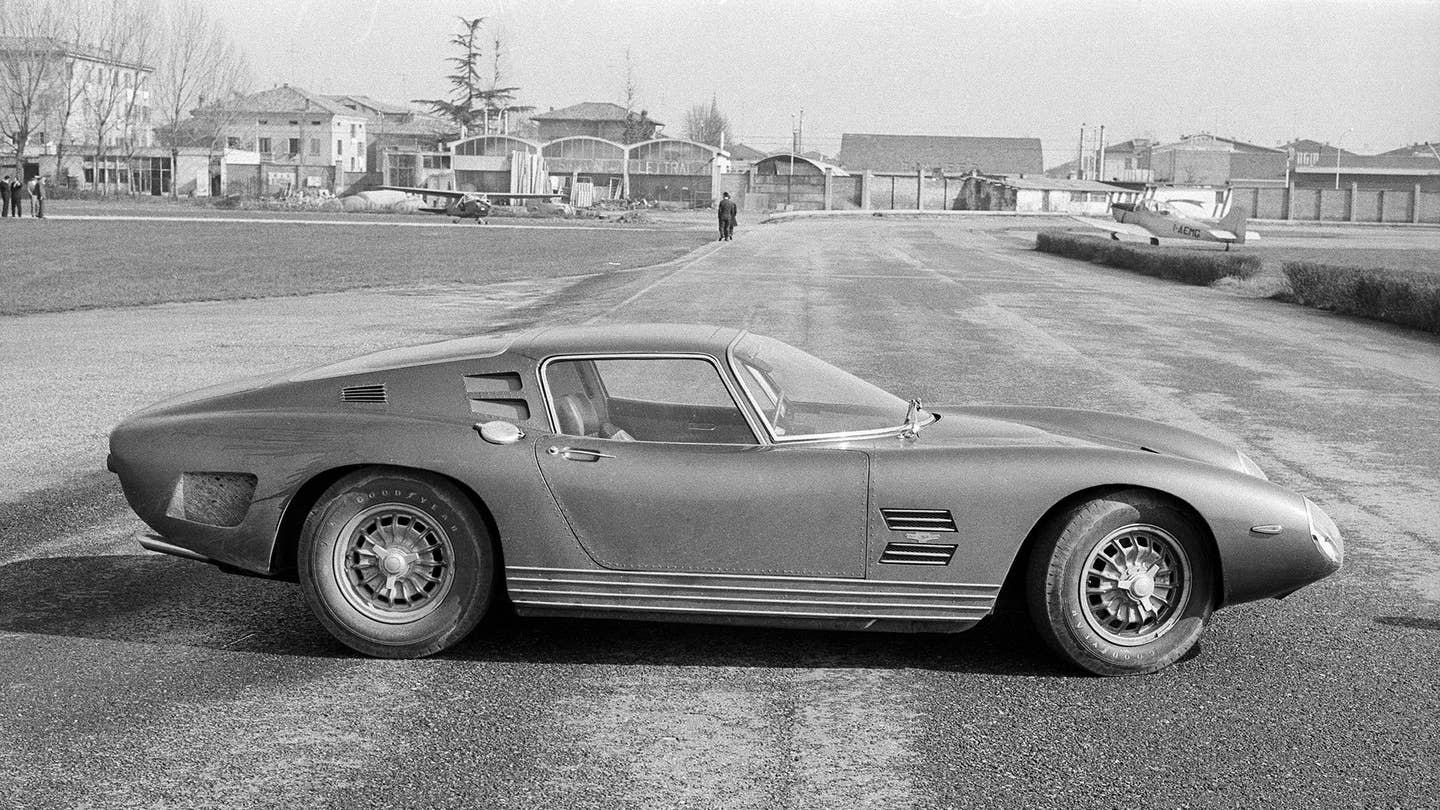 Beyond the pure joy of seeing a Rolls-Royce drift sideways across a British hayfield, the .1-percenter hooligans behind the Tax the Rich video enterprise have tapped into another aesthetic triumph. That would be dirty, dirty supercars. Not supercars as you see them at Pebble Beach or outside Harrods or gleaming outside a McMansion on MTV Cribs. Because, really, those aren’t cars so much as testaments to the powers of TurtleWax. Rather, Tax the Rich deals in the currencies of muddy flanks, gravel-spanked splitters and white, rally-style wheels turned dusty brown. You know those Clorox commercials with the before-and-after diptychs? For anything Italian or V12-bearing, the lefthand picture is always the better style.

Need proof? Here’s a dusty Iso Grifo A3 Prototype testing for speed and handling at the Modena Autodromo. This love child of Giorgetto Giugiaro, designer of the Lotus Esprit, original Volkswagen Golf and BMW M1 among dozens of others, and Giotto Bizzarrini, the father of the Ferrari 250 GT, was appropriately voluptuous and fast, hitting 171 mph with a Chevrolet 327 small-block under the hood. Still, a thing so streamlined and fast looks killer dirty and stock still, right? Behold, the power of grime.