Relive a simpler, louder, ballsier time in F1. Let the nostalgia wash over you. Then sign a petition to bring V-10s back. 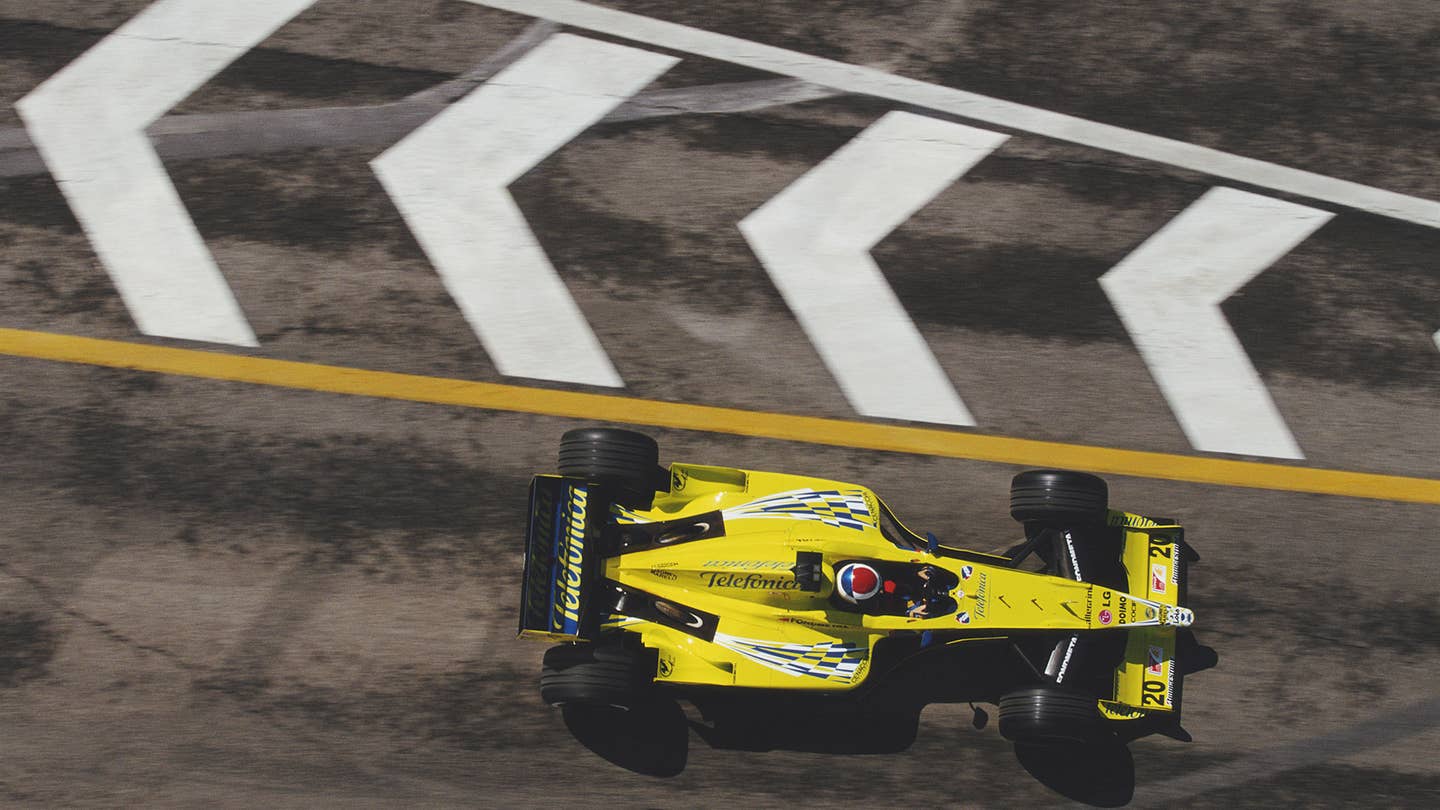 Tires are a problem. Aero, too. But most of the blame falls on the turbocharged V6 engines, introduced for 2014, which have sucked the life out of the sport. They’re lousy things, both in terms of sound and feel. Mercedes-AMG ran away with development, and now has a total monopoly on performance. The situation is so bad, so poisonous for the sport, that Mercedes’ motorsport boss is willing to slow his own cars down to make F1 interesting again. That’d be like Phil Jackson offering to kneecap Scotty Pippen in 1997 for the sake of giving everyone a chance. Something is seriously wrong.

And so F1 fans are circulating a petition, calling for the return of the V-10 engine. It makes sense. For over a decade, from 1995 until 2006, those gnarly, highest-revving, mega-stressed tens represented the last golden age of engine tech. They are missed.

Here, some glorious photos of a simpler, louder, ballsier time in F1. Click the play button below to active full V-10 noise, then scroll through these snapshots. Let the nostalgia wash over you. Then sign the petition.