Mercedes claims the car could’ve gone another 80 miles or so. 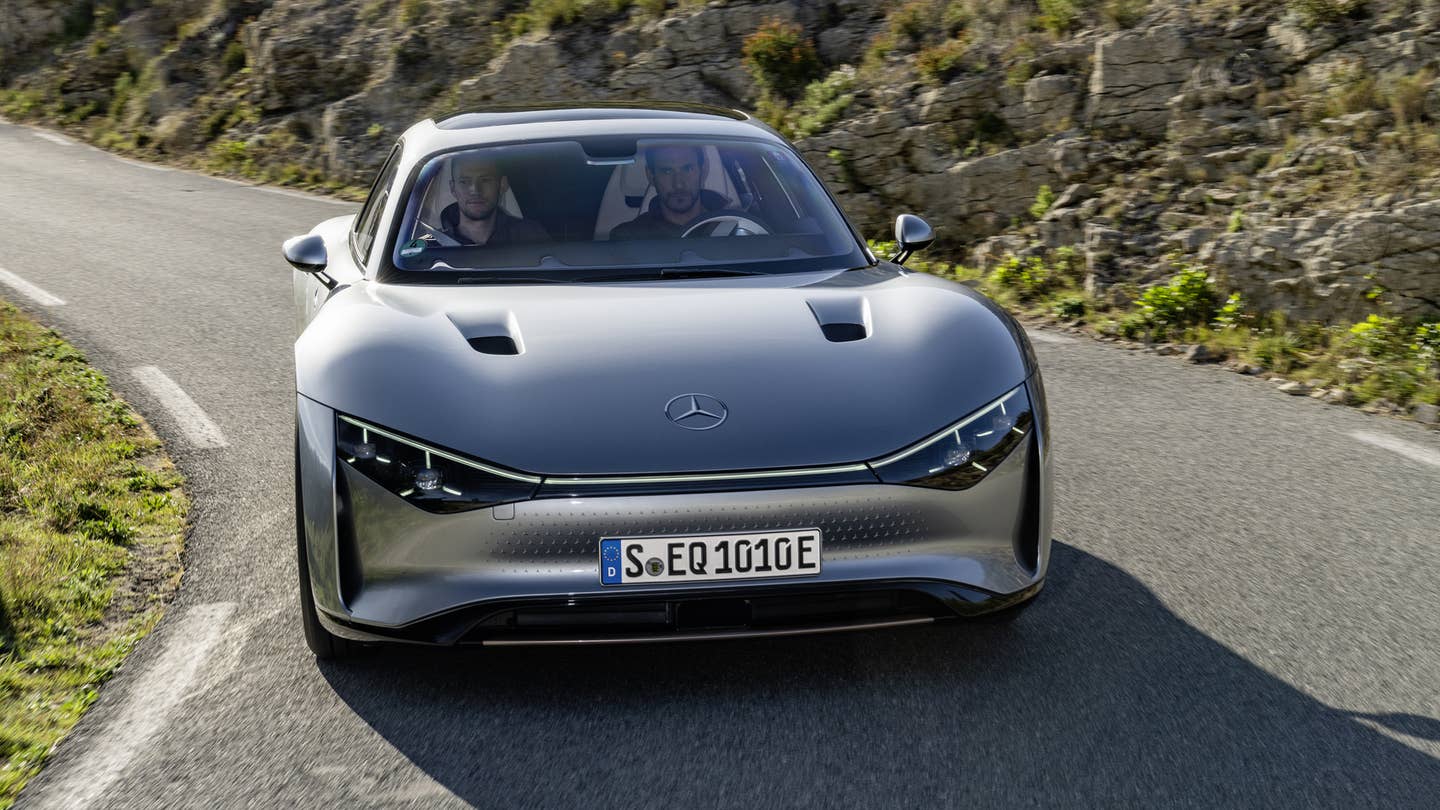 When Mercedes unveiled its EQXX concept car, there was a bunch of stuff notable about it. Firstly, it was promising it could go 620 miles on a single charge, with F1-inspired aerodynamic efficiency. Secondly, for a concept car, it was pretty unusual in being actually legal to drive on real-world roads. As it turns out, Mercedes proved the former by doing the latter in a massively impressive economy run totaling 626 miles.

A lot of concept cars, like Audi's Grandsphere or BMW's cute iVision Circular, are intended as exhibition pieces. They're a statement of what a brand is thinking about for its future, not a specific demonstration of a product. That's not the case with the EQXX, which was built to prove its functionality.

The range promised by the car was very much what its concept status was about, the idea of applying the maximum amount of aerodynamic and system efficiencies so that the car could extend the distance it was driven on a single charge. When the EQXX got announced, one of the things Mercedes was very clear about was that it didn't want the range to be considered a hypothetical and was intending to take the car on a road trip to prove it.

That's now happened, over a trip from Sindelfingen, in Switzerland, down to Cassis on the southern French coast. Mercedes says that everything about the trip was normal driving, rather than crawling at 40 miles per hour to save energy, including "prolonged fast-lane cruising at up to 87 miles per hour on the German autobahn" and apparently near speed limits on other roads.

The entire road trip covered more than 621 miles (1,000 kilometers, the benchmark for European EV range because Mercedes is, of course, German) and what's kind of extraordinary is not only that the EQXX made it to Cassis without an issue but that it had another 87 miles in the battery when it got there. According to Mercedes, the state of charge was still at 15 percent.

Regenerative recovery, of course, played a role; the EQXX has an ultra-compact, ultra-lightweight battery that holds 100 kilowatt-hours of usable energy at full charge. In order to achieve 621 miles with an efficiency of 7.1kWh per 62 miles, there was some terrain advantage to braking and lifting while descending the Alps, Mercedes says. That's fair enough but still record-breaking efficiency in terms of a road car.

Mercedes said the EQXX also used its solar-panel-covered roof, during the sunnier stints of the journey, to charge a 12-volt battery that powers non-propulsion systems like navigation. Although it's road-legal, the EQXX isn't particularly replicable on any production scale. Its ultra-lightweight chassis, F1 tech, and complex airflow that allows the battery to stay aerodynamically chilled aren't anything that a manufacturer is going to put directly on the market. But it is very much a real car that did this on real roads, so hats off to Mercedes, who've hit the seemingly impossible range mark.

It’s a simpler option than having coolant and a coolant pumping system on board, but that doesn’t mean it’s easy to pull off. Not at all.