Mercedes-Benz may not be the first brand that comes to mind when you hear the words "waste not, want not" but it looks like MB is taking the new year to reinvent itself a little. That starts with the Vision EQXX, a flagship electric Mercedes concept that's seemingly all about doing more with less.

For starters, Mercedes is ambitiously projecting a road-trip-ready driving range of about 620 miles based on internal digital simulations. That's almost double what the EQS can manage despite its battery housing the same amount of energy. That battery, even though it's just as energy-rich as the one in the EQS, is now 30 percent lighter and takes up half the room—small enough to fit inside a compact car. This means that if Benz has its way, impressively high range numbers will apply not just to its flagship, fanciest EVs but its entry-level ones as well. A caveat, of course, is that the Vision EQXX isn't exactly a performance car that'll outrun many Porsche Taycans any time soon since total output comes in at around 200 horsepower.

Created with input from the company's Formula One and Formula E teams and featuring a power electronics unit based on the one found in the upcoming AMG One hypercar, the Vision EQXX leans on efficiency in seemingly every facet. Its drivetrain apparently ekes out 6 miles per kilowatt-hour, a figure equivalent to 235 mpg while sustainable materials and nature-inspired "bionic" structures are used to keep the weight low.

A cast-aluminum BIONEQXX rear floor, for example, features bracing only where bracing is necessary. As a result, the part looks a bit like the bones you'd find in the pelvis of an alien gazelle. And it's the same deal with the BIONICAST front damper domes and even the windshield wiper brackets. The doors, meanwhile, are made from aluminum-reinforced carbon- and glass-fiber reinforced plastic.

Shaped vaguely like a four-door McLaren Speedtail, the Vision EQXX is extremely aerodynamic. Its drag coefficient of 0.17 outslips the already record-breaking EQS's figure of 0.20. (For even more perspective, an American football apparently has a cd of anywhere from 0.18 to 0.20.) The wind-taming electric concept features a retractable rear diffuser, a rear track that's 50mm narrower than the front, and aerodynamic wheel covers that go over lightweight, magnesium-forged, 20-inch wheels wrapped in low-resistance Bridgestone Turanza Eco rubber.

Up top, roof panels housing 117 solar cells contribute up to 15 miles of range in ideal conditions.

On the inside, the Vision EQXX is, of course, laced entirely with vegan materials. A new 47.5-inch 8K screen spans the entire dash and features a new "Hey Mercedes" onboard assistant that apparently sounds and behaves more human-like than before. Visually, the system uses a further developed version of the "zero layer" layout first seen on the EQS's Hyperscreen.

Quite impressively, this entire project went from a clean slate to car-on-road in just 18 months, a massively short amount of time when it comes to car development—especially for a company as big and established as Mercedes. Not only is Merc going lean when it comes to the cars it makes, then, but also in its engineering processes as well.

Got a tip or question for the author about the Vision EQXX? You can reach them here: chris.tsui@thedrive.com 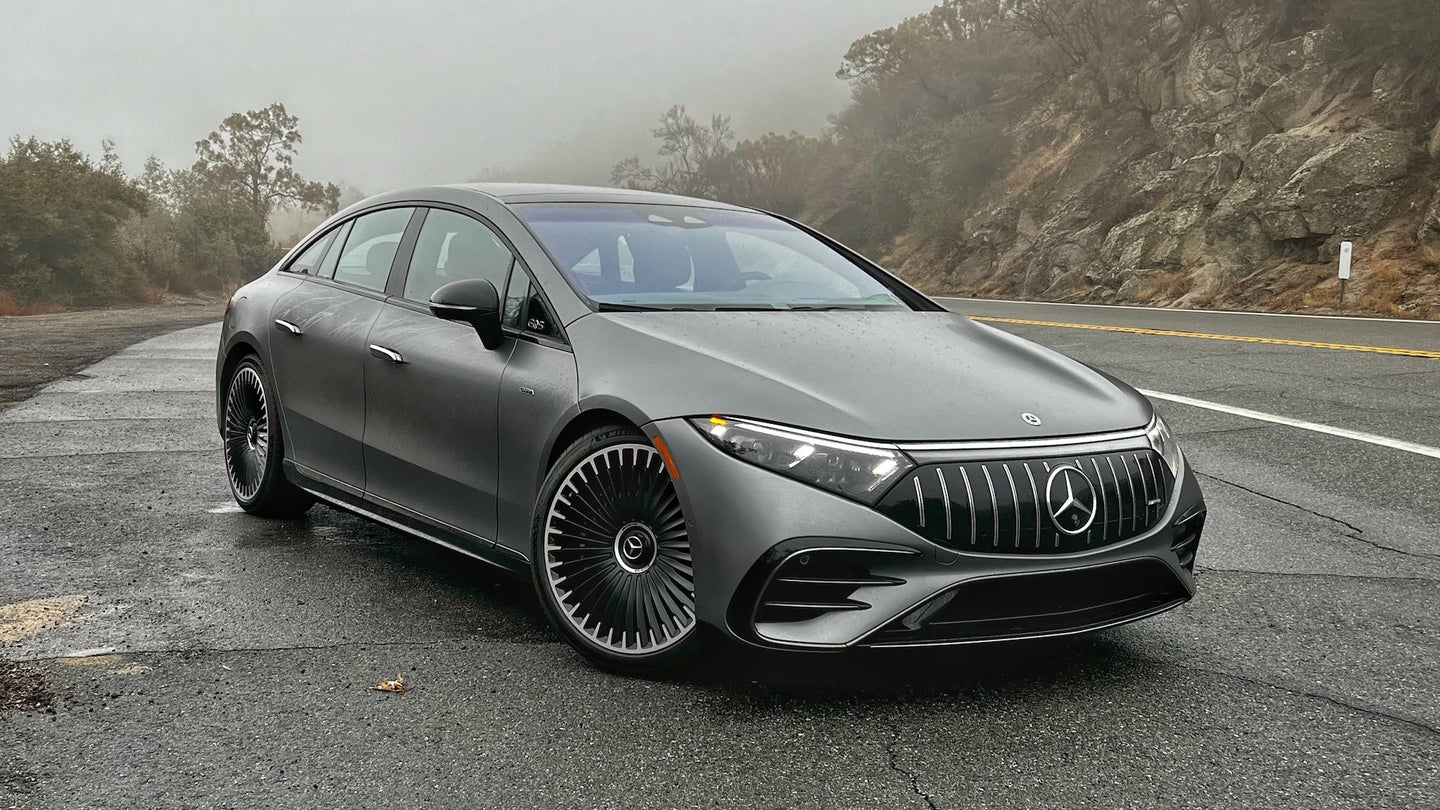 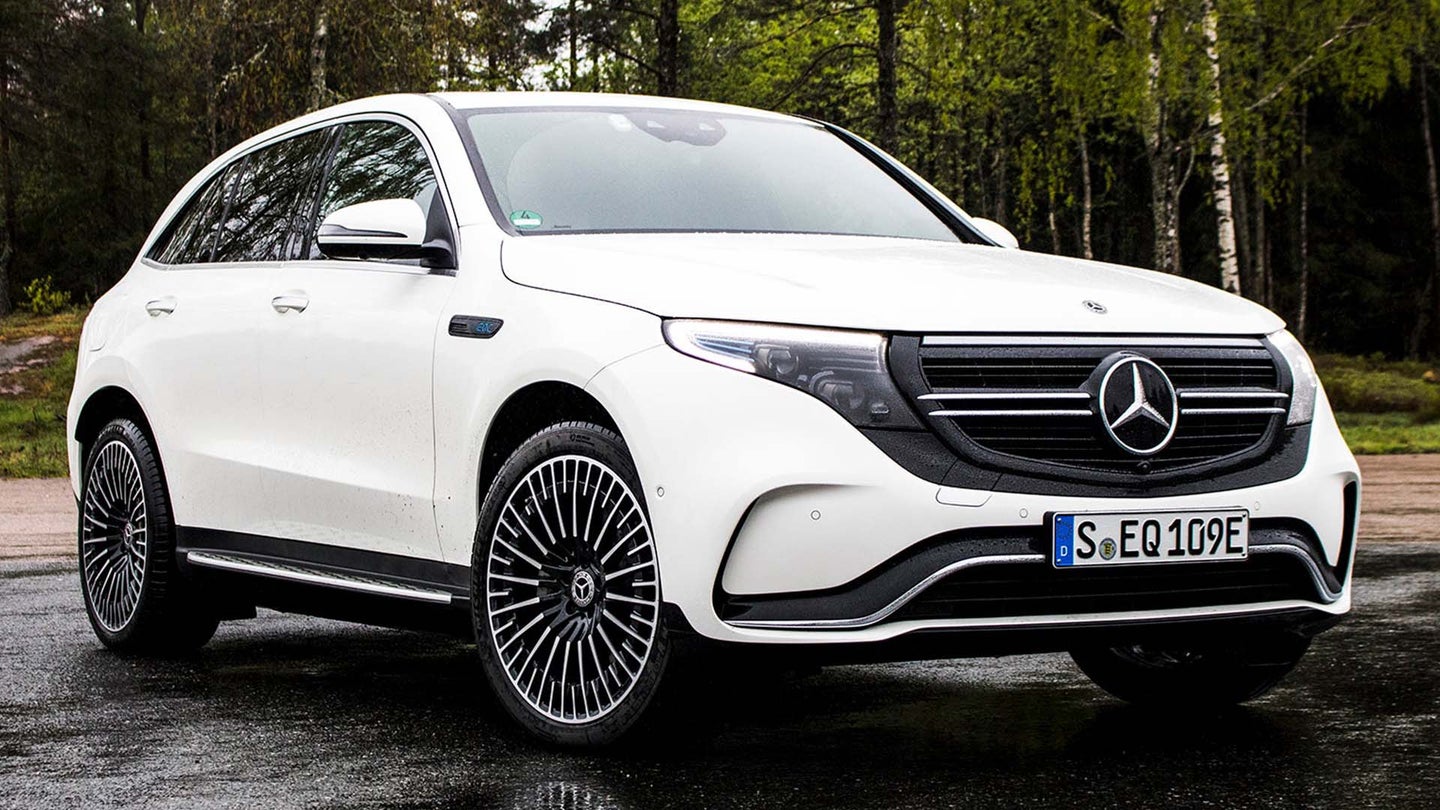 Mercedes canceled its plans to sell the current EQC here last year. But there’s always a next time. 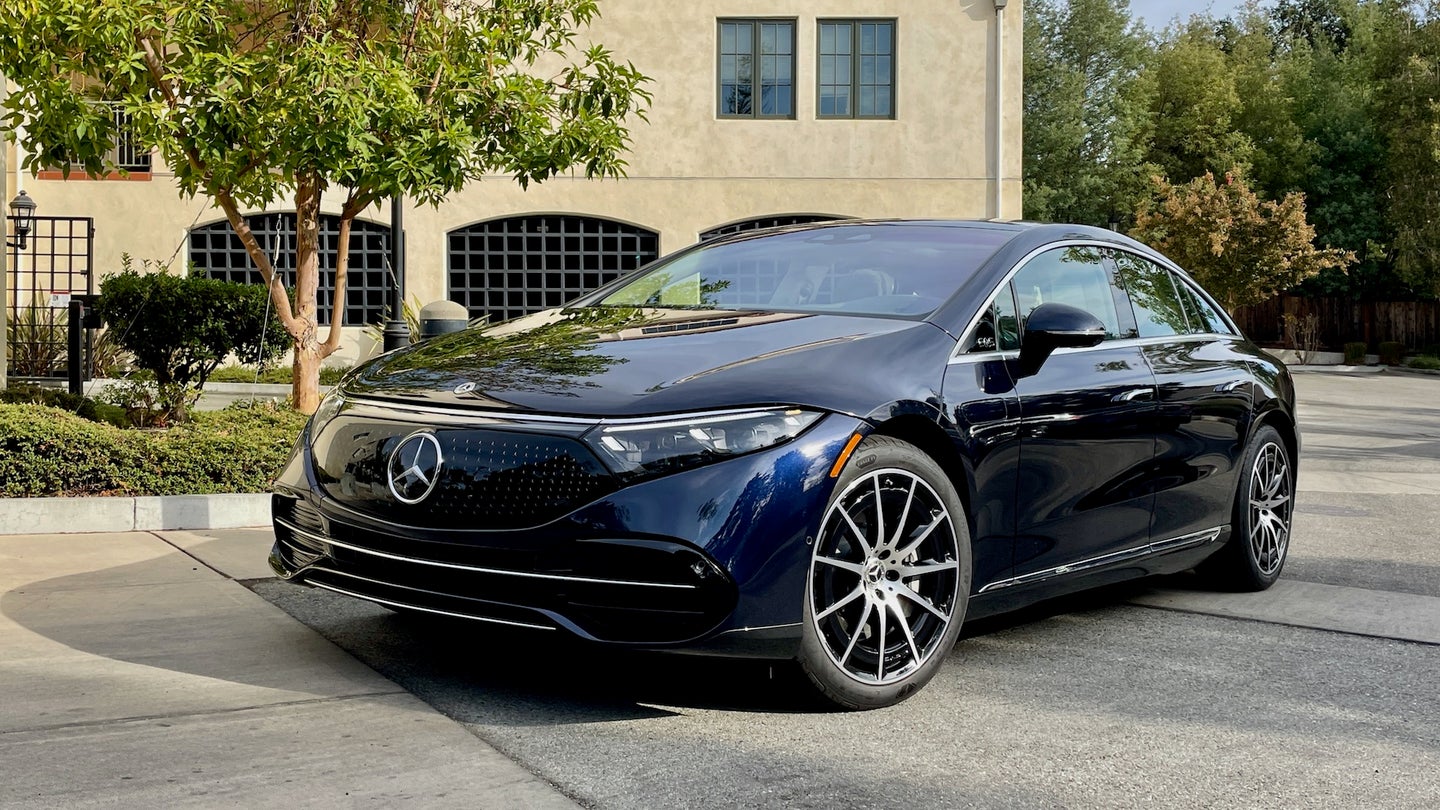