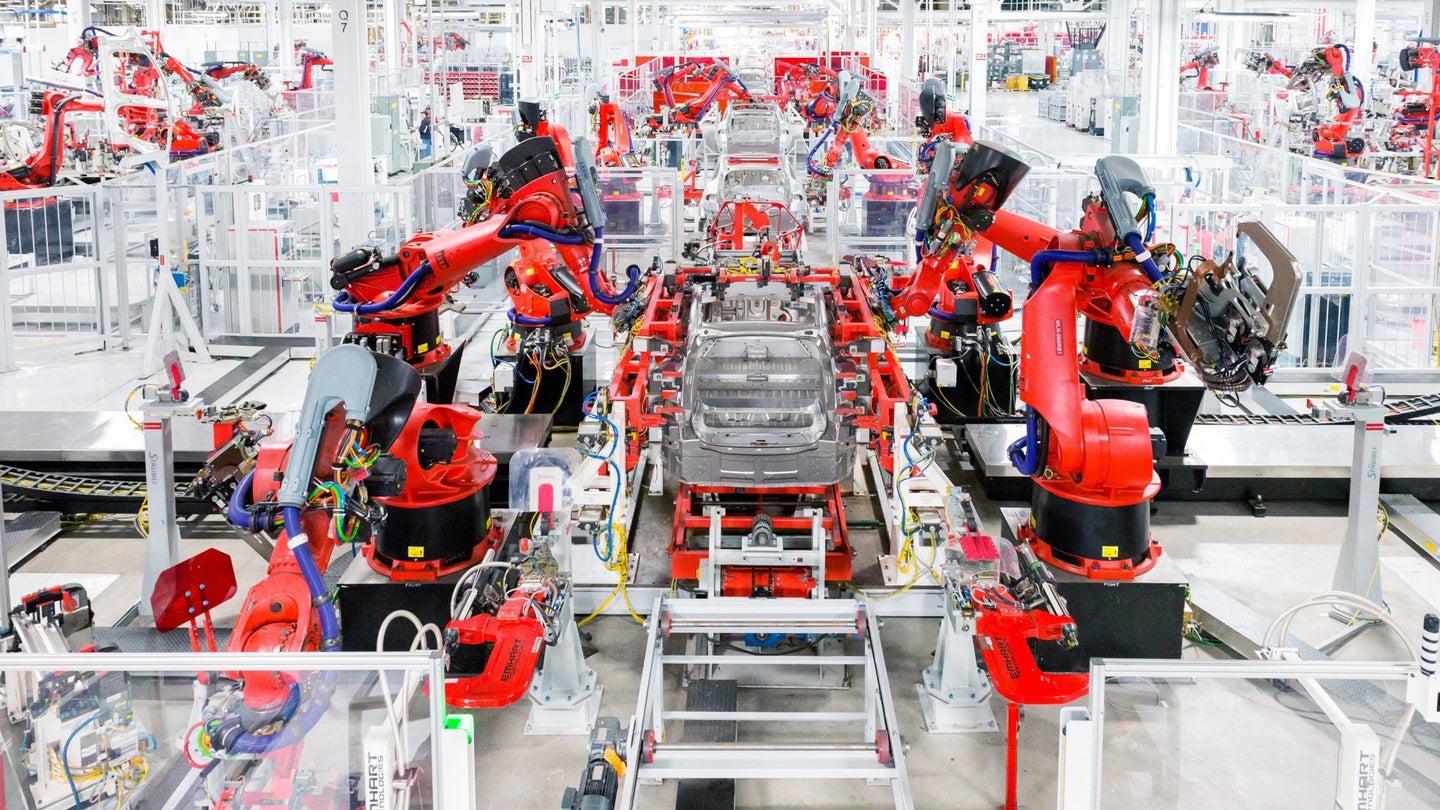 News that the Tesla is on track for its Model 3 production outshone the losses the company reported for Q4. Rather than focusing on the $.68 loss per share or the vagueness of Model S and Model X sales forecasts beyond the first six months of 2017, questions zeroed in on the upcoming company launch of its compact electric sedan.

CEO Elon Musk reported that everything is on schedule to meet the aggressive timeline for the July 2017 production start date of the Model 3 compact electric sedan, which is expected to retail for $35,000.

All the stamping equipment for the Model 3 will be in place well before July, according to Musk, but retooling the production line isn't really his biggest concern. True, there are some long lead tools, such as stamping dyes, and at present he was aware of only one issue surrounding a dye for seat frame. However, that’s unlikely to be a "schedule driver" since they are aware of the problem.

“Anything we know we are attacking vigorously,” he assured.

His main concern is how long it will take to work out the bugs in the system when it comes online, and how many iterations it will require before it operates smoothly.

"I’ll be personally down there looking at the line as I was with the Model S line," he said. If there is a wild card, its the suppliers that could cause delays, he cautioned.

"Parts need to arrive on time. It only has to be 1 percent, and then we have to either make the parts manually at great cost or slow down the production rate," he explained.  "I don't know who’s going to be unlucky or I don't know who's being too optimistic,” he cautioned. A hiccup in the supply chain could delay the production line, but if that occurs, Musk will once again be in the factory overseeing the production to solve the issues.

Tesla can get to 1 million cars per year

But if everything goes according to plan, he expects to meet production goals of 5,000 vehicles per week by the end of this year, and ramp up to 10,000 per week at an unspecified date in 2018. If those numbers are achieved, he confirmed the company can produce 500,000 units in 2018 and 1 million in 2020, which he aggressively forecast last year.

Increasing production from 5,000 cars per week to 10,000 per week, will require additional expenditure, but the company doesn't know how much. Most of the investment in the Gigafactory have already been made, explains Musk, so it won’t be as much as required to get to 5,000 per week in the first year.

Although no money needs to be raised for Model 3 production Musk acklowedged that it may make sense for the company to raise capital to reduce risks. At issue is the rapid expansion to support the sales, delivery and service of half a million vehicles.

"The delivery of the cars is where investment is needed. We don't want to make three or four more delivery centers," he noted, adding that the company will continue to make investments on the sales side, and will double its Supercharger network in North America.

Tesla will invest in sales, service, and infrastructure

Servicing half a million vehicles also presents challenges. However, the company wrote in its letter to shareholders that 80 percent of its vehicles' repairs are so minor that they can be done remotely, and it will expand mobile repair service so they can be performed at owners' homes or workplaces.

Money will also be needed to build the two or three new Gigafactories Tesla announced, although Musk declined to share dates or locations. Rather, the company wanted to save that news for later in the year.

But it's not as though they are expecting a slow second half of 2017. Tesla will also begin producing the glass solar roof tiles this summer, and will reach volume production by the end of the year. Musk is also optimistic about the energy storage market, which he says will grow at double the rate of the automotive business.