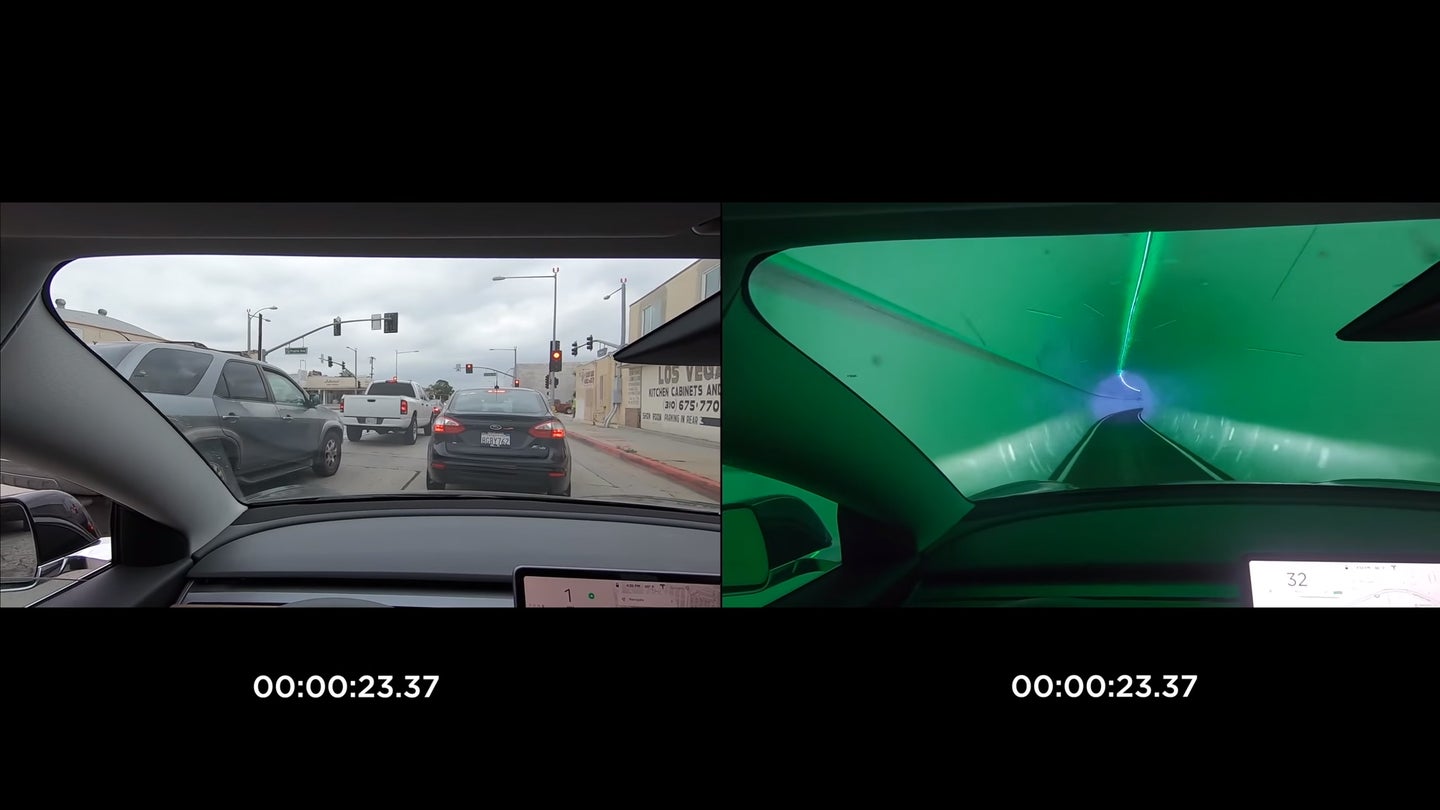 Tesla CEO Elon Musk hates traffic so much that he founded the Boring Company to help relieve congestion in large cities. The idea is simple: take the traffic underground by using narrow tunnels where Tesla-branded vehicles can travel at high speeds to reach predetermined destinations very quickly, leaving the cars at the surface to deal with traffic and stop lights alike. After setting up a testbed tunnel near SpaceX (another Musk-owned business), the Boring Company set off to benchmark just how much faster the tunnels can be by pitting two identical Model 3s against each other.

Both vehicles start out from the Boring Company elevator, which is located about 1.1 miles down the road from SpaceX headquarters. The idea is to see which one can sprint back to SpaceX's parking lot the quickest, and the answer won't surprise you. Check out the video below:

One Model 3 begins to exit the parking lot, the other slowly descends underground into the brightly lit tunnel. Within 27 seconds, the Model 3 in the tunnel is traveling at 127 miles per hour, while the road-going car was putting along at a lowly 1 mph and approaching a stop light. By the time the tunnel traveler backs their car into a parking space at SpaceX, its opponent finally gets a green light and sets off, reaching a maximum of 44 mph over the course of its travels.

Overall, the Model 3 in the tunnel finished in roughly a third of the time that it took the car on the road. The results may have been different should the car have not hit the traffic lights, or if there were any benchmarking to take waiting in line at the elevator into consideration. Also, if the tunnel were open to the public, we're pretty sure there would be a long line of Tesla owners waiting to escape traffic, meaning there would be a long queue that would most certainly alter the results shown on this video.

But for now, this concept gives us an idea of Musk's vision: a fast segue between your home and wherever you might be headed, all without the stress of traffic.

‘The vehicle is the skate,’ said Elon Musk about the new method used to shoot the cars down the tunnel.