This Futuristic Crossover Aims to Be the First All-Canadian EV

Designed by Canadian students, the winning concept will now enter the manufacturing phase. 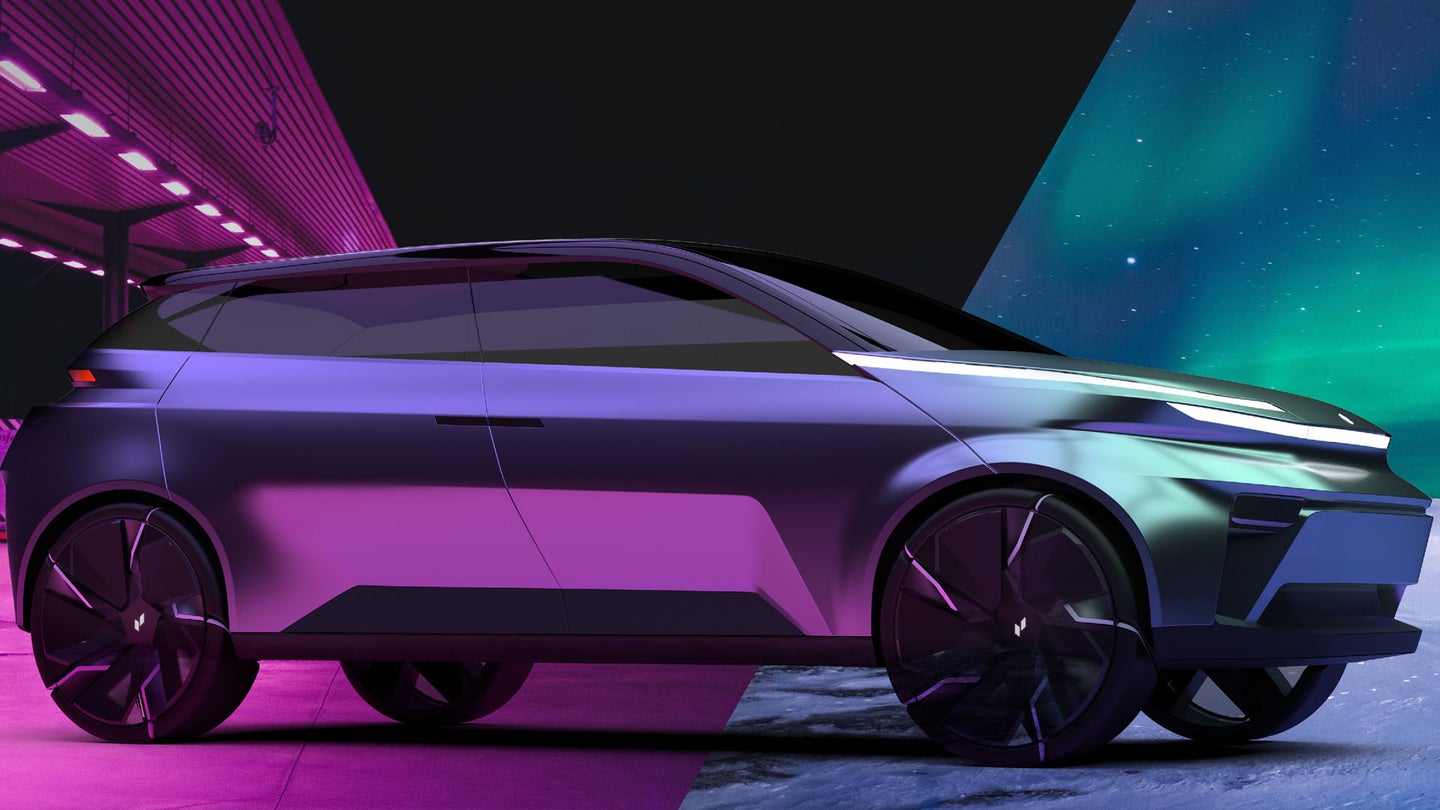 Canada's Automobile Parts Manufacturers' Association, otherwise known as APMA, is calling for for suppliers at CES 2021 after picking the design for a national EV concept. In other words, it is looking to build an all-Canadian electric vehicle—currently dubbed Project Arrow—to showcase the Canadian automotive sector.

The winning design concept from Carleton University’s School of Industrial Design in Ottawa, Ontario, will be built this year following an open call for suppliers that can help take this vehicle from concept to reality.

The project is now in the second phase of its four-phase roll out, where, because this was announced at CES, an AI will help narrow down and assess potential suppliers for the build, which aims for completion later this year.

If it all goes according to plan, the car will then go on tour in 2022. Project Arrow is the third APMA project, the last one having culminated in a fleet of semi-autonomous vehicles, two of which drove to Vegas for the non-virtual CES in 2020.

It's not the first time a search for a national electric car has been on. Turkey tried it in 2017 and somehow morphed into a Frankenstein-esque e-Saab project over the course of two years, with some attendant IP issues. By then, the nascent automotive sector there had buddied up with Pininfarina to make a fully designed EV in any case.

While the vehicle won't make it into production, it's still a solid exercise in design, manufacturing, and most importantly, tapping into the vast resources a single country can offer. So, in some ways, you can even call it patriotic.