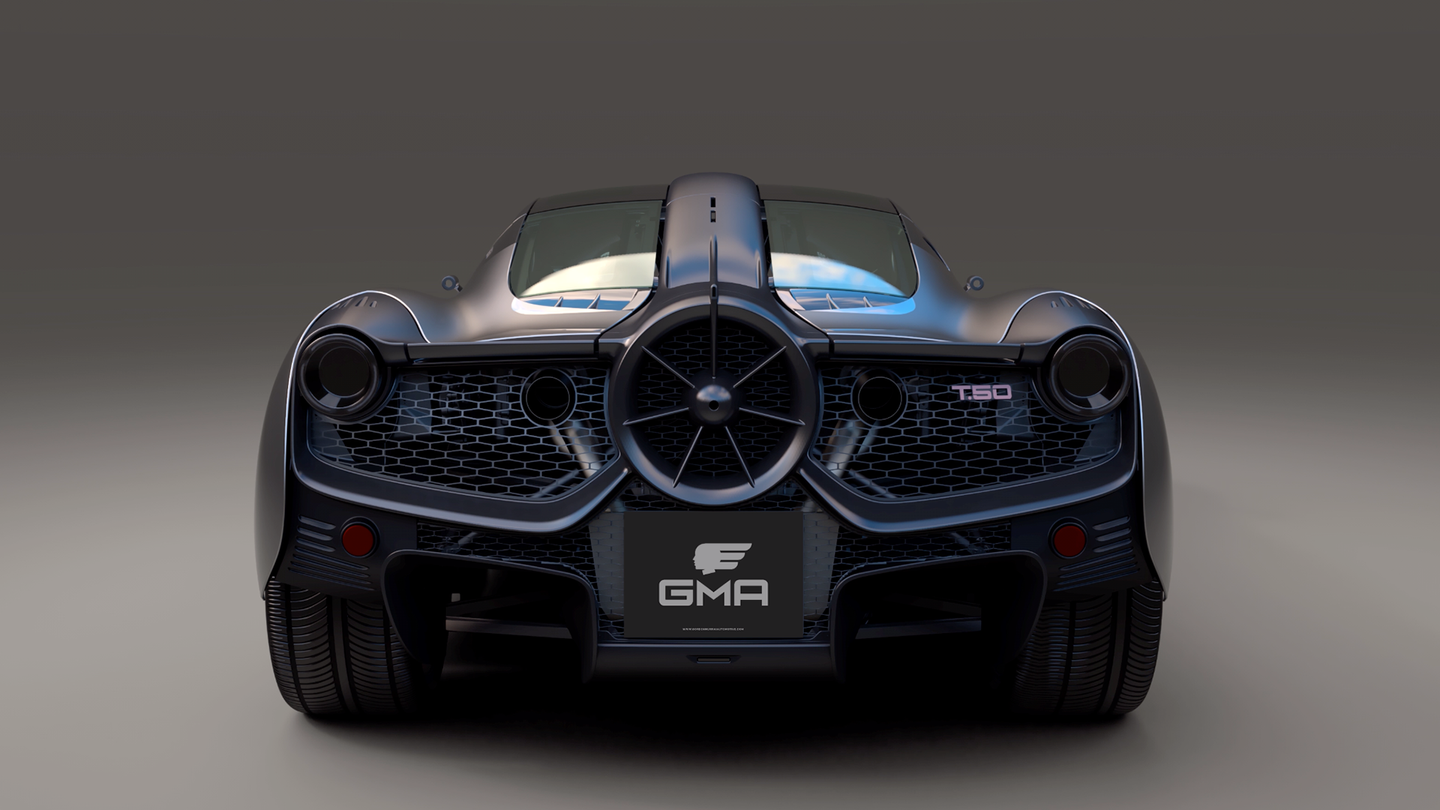 Automotive and motorsports engineering legend Gordon Murray had nearly three decades to gather his thoughts around all the things he couldn't do with the McLaren F1, as well as the mistakes McLaren made as a startup supercar company. Now, his new venture, Gordon Murray Automotive, came up with a worthy successor to that original concept: the T.50, a supercar combining the best technologies from 2020 without relying on them too much.

Compared to McLaren's 1992 classic, the T.50 is faster, lighter, more spacious (without being bulkier), a lot more efficient, and of course, more exciting to drive thanks to its Cosworth-sourced, 3.9-liter naturally aspirated V12 engine capable of revving to 12,100 rpm in just 0.30 seconds.

However, the most striking difference between the F1 and the T.50 is that the new car comes with a giant fan on its rear end, and that its blades spin at 7,000 RPM at full power. Many questions arise: Why does it need that? Why didn't the F1 have one? What does the Brabham F1 fan car have to do with this? And if it's so good, why does Murray say we won't see this solution on other cars? Let's dive right in and find out.

The T.50's rear can be confusing because the size and location of its fan are reminiscent of Murray's own Brabham BT46B fan car, despite him saying that this system has nothing to do with that somewhat crude F1 design from the 1970s. Instead, this is an evolution of the active aero used on the F1 road car, which is a relatively unknown feature hidden well under the McLaren's engine bay.

Murray's adventures with fans began in 1977 when Lotus began to figure out how to use ground effects in Formula 1 with the Lotus 78. By the end of that season, Team Lotus was second behind Ferrari, and for 1978, Murray—then Bernie Ecclestone's young racing engineer—had to come up with something that would increase downforce without creating too much drag. When Murray presented the BT46B, Brabham's main upgrade was "a bloody great big fan on the back of the car, driven off the gearbox."

Yet once they figured out how not to blow up the blades at 8,000 RPM with the side skirts sealing the car to the ground, Brabham's car was unstoppable, pulling 2 Gs at standing starts and so much grip through the corners that Lotus boss Colin Chapman complained and had it deemed illegal after the first few laps.

With Ecclestone pressured by the F1 Constructors' Association, Murray was forced to retire that 18-inch fan of his, after which Brabham came third in the championship behind Team Lotus and Scuderia Ferrari.

A decade later, Murray's team at McLaren decided to use some of the borrowed time at the MIRA wind tunnel to come up with a small-scale system that would make the rear end of the F1 more effective using two 5.5-inch fans hidden beneath each of the car's rear haunches. First, they needed to cool the electronic boxes, the alternator, and the catalytic converters in the engine bay, knowing that adding more air intakes underneath would ruin the car's downforce.

The solution was inspired by the Brabham fan car, but became a lot more sophisticated, with the pair of fans providing the additional benefit of entraining the stalled air through the reflex sections of the two very steep diffusors, thus providing 5 percent more downforce with 2 percent less drag.

Murray doesn't like large active wings, splitters, oversized air intakes, or unnecessary vents. It was clear from the start that the T.50 wouldn't have any of these. Wings and splitters create downforce outside the axles while making cars longer, heavier, more complex, and fragile. Air intakes and vents create drag and break up lines that could otherwise be clean and elegant.

Active ground-effects is nothing new. However, the T.50's fan system brings the old idea to a whole new level in a road car, using a fan so huge at 15.74 inches that it had to be turned into the main feature of the rear end.

Driven by a lightweight 48-volt motor and spinning at up to 7,000 RPM, the fan makes the T.50's aggressive diffusers work by accelerating the air under the middle of the car, as well as sucking it off from the top of the engine bay, on-demand.

Starting with the narrow front section of the monocoque, where the sculpted door allows turbulent air out of the front wheel arches, the T.50's underside continues with a Venturi aided by a very steep diffuser. The problem with the airflow there is that unlike a basic, more shallow device, the T.50's diffuser stalls the air in the so-called reflex areas. It's that dirty air that the rear fan rushes back onto the diffuser, creating lots of downforce right under the middle of the body.

The level of the fan's involvement is controlled not just via the speed of the blades, but also by opening and closing valves in the diffuser. In Streamline mode, the valves close partially, stalling the diffuser and roughly cutting downforce in half, which saves wheel travel and makes the car more comfortable and efficient. Despite the diffuser losing airflow, the fan operates at high speeds to draw air from the top deck, thus reducing drag as well by 12.5 percent.  What's more, by spinning at 7,000 rpm the fan itself provides 33-pounds of thrust. That helps too.

More importantly, however, is that during hard braking, "Braking Mode" automatically deploys the rear spoilers to their maximum (+45 degree) angle, with the fan spinning and the diffuser valves open. This function can double downforce, shortening the 150-to-0-mph braking distance by almost 33 feet. Below you can see all of this in visual form, along with the other four modes of the T.50:

There you have it. A highly complex system that is unlikely to catch on otherwise, according to its creator. Yet if not this, what would you call Murray's ace in the pack? The T.50's is a thick deck.