These Smart Speedbumps Only Punish Speeders

You’ll hardly notice them if you’re driving slowly, but if you’re flying through the parking lot, then… 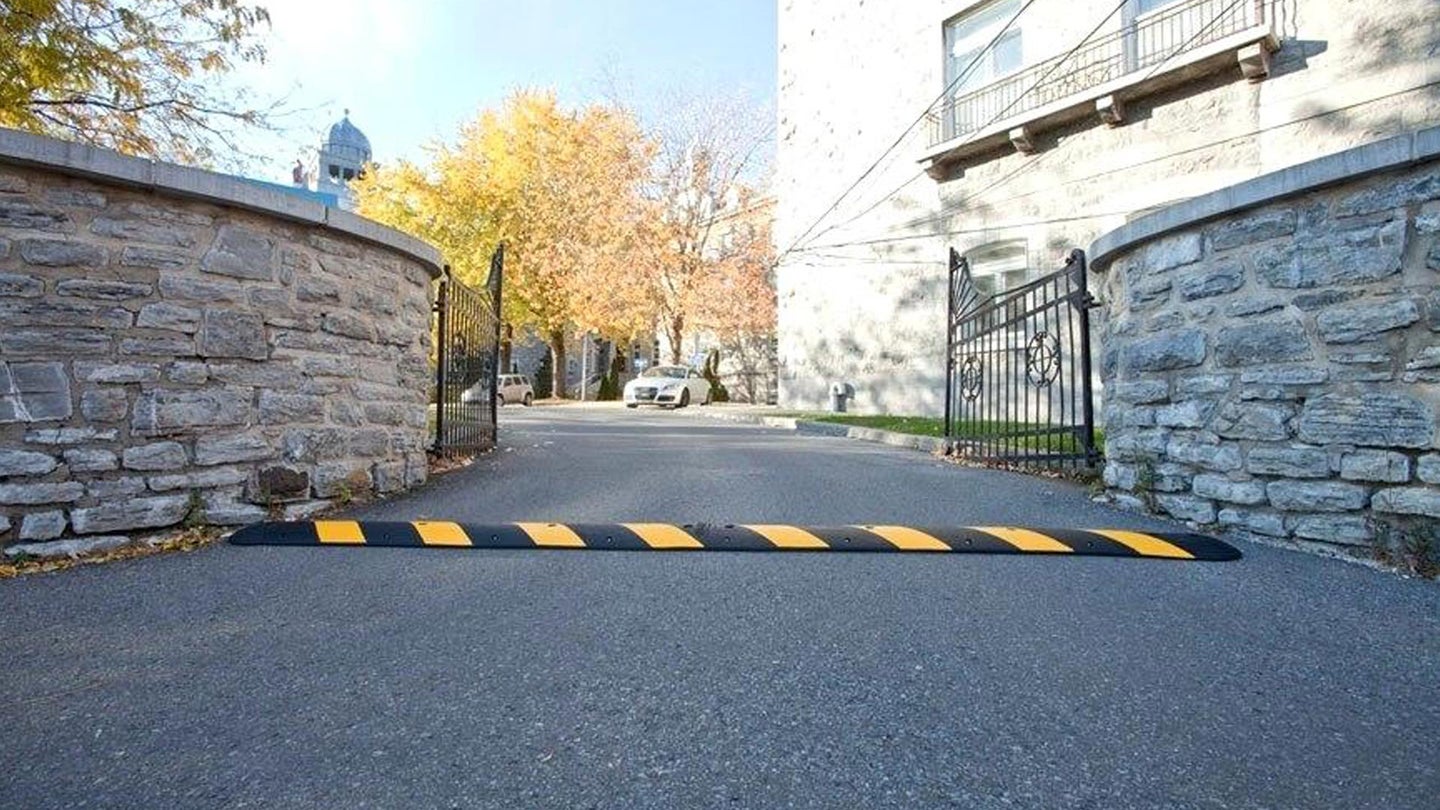 If you’ve ever hit a speedbump without slowing down, you know the anxiety they can cause. However, these “adaptive” speedbumps are able to change their intensity depending on how fast the offending vehicle is traveling. A Spanish company named Badennova designed and started testing the fluid-filled road obstacles years ago, but they haven't quite become mainstream yet. Regardless, you'll think twice about flying through the parking lot after hitting one at speed.

The idea here is that, at low speeds, the speedbump allows a vehicle to roll over it without much consequence, but at higher speeds, it will provide quite a jolt to the vehicle and its occupants. It seems like a massively futuristic approach to speed enforcement, but the technology behind it isn’t all that new.

The video doesn’t do much to clarify this, but it's essentially a practical application for what is known as a non-Newtonian fluid. Across the internet, you can find several examples of people gently poking a finger into a large vat of this fluid with ease, but then after trying to punch that liquid, they find that it's rock hard. In other words, non-Newtonian liquids behave differently than standard liquids, like water or gasoline, which both maintain the same level of viscosity regardless of how they’re being handled. Non-Newtonian liquids change viscosity in certain situations, so they feel like a thick liquid with a gentle poke, but turn into what feels like a solid when punched.

Silly Putty and ketchup are examples of this phenomenon but you can try it yourself at home by making oobleck. With a little cornstarch and water, you'll have your own vat of non-Newtonian fluid to experiment with.

The science-y speedbumps started to take shape around 2009 and are being constantly developed by Badennova and more. Others appear to have picked up the torch, as there are now several companies that offer similar products. The speedbumps have been tested in Spain, Israel and Germany, but there’s no indication that they’re coming here to the United States, the land where people just steal speedbumps that get in the way.

Maine Man Steals a Town’s Speed Bump, and Police Are on the Hunt

In this simulation, no one gets out alive.