Racin’ on a budget. 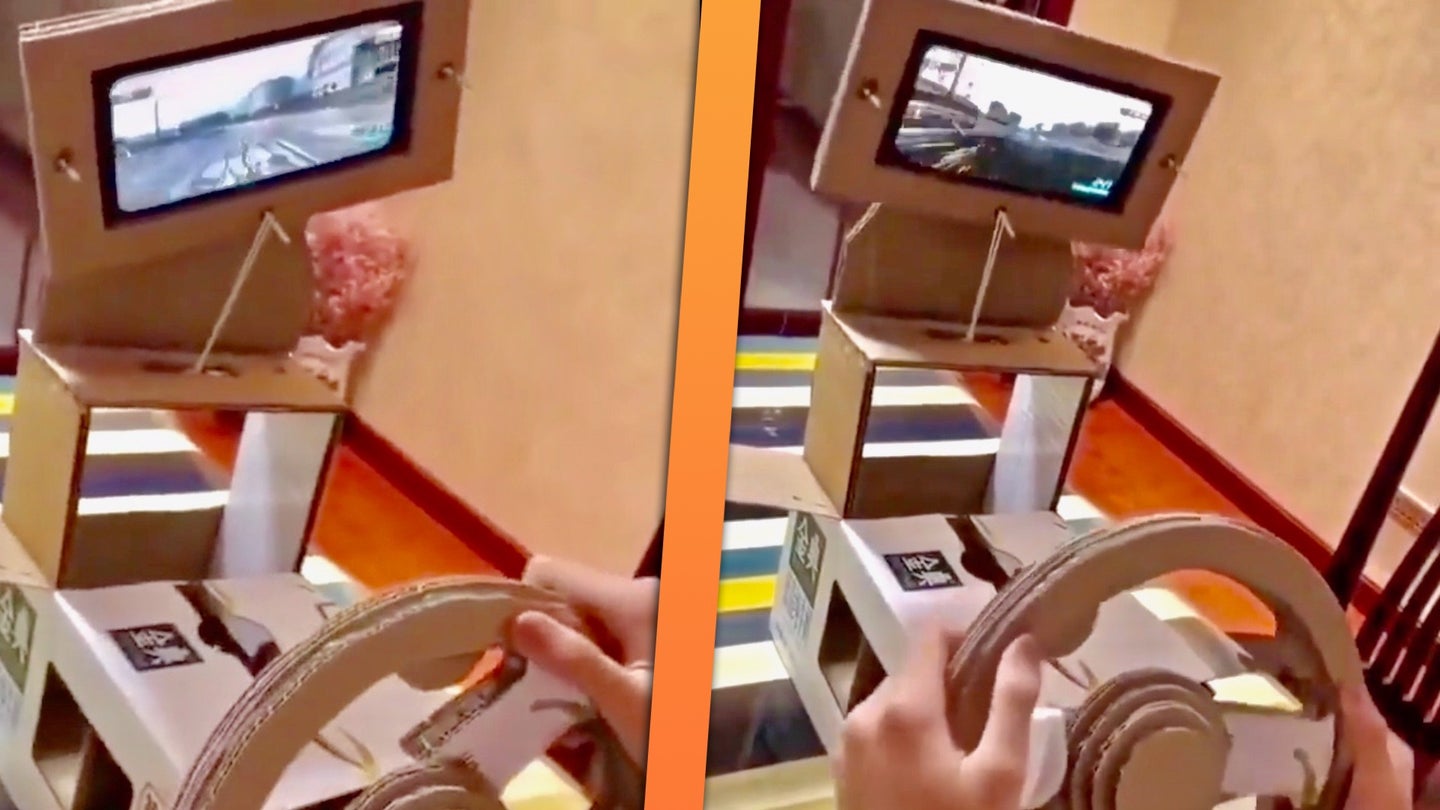 Building a full sim racing rig is expensive. Even if you don't drop over $8,000 on a pro-level rig, just the simpler used kit can add up. The wheel, pedals, seat, and if you don't have them, the monitor, computer, or console—it's all dearly expensive. If you need the entire ensemble, it can exceed the cost of a fresh set of Porsche 944 rod bearings pretty quickly. (Don't ask me how I know. It hurts.)

What if you could make your own rig for much cheaper? Keep it simple. Use things from around the house, like discarded Amazon boxes and a smartphone (or old iPod Touch)? You're not using that stack of boxes for anything, or doing much of else if you have nowhere to go. Plus, anything more realistic beats trying to ham-fist a game controller. Turns out, you can do something pretty incredible.

One unknown gamer put some cardboard to good use, making an entire sim rig out of things most of us have around the house. There's a delightfully realistic steering wheel made of layered cardboard. He even rigged up a cardboard frame and some string to move the screen as he turns the wheel. Take that, 60-something-inch screen goons!

Another box was used to stabilize the tall parts, which had the bonus effect of making this a bit more like a Formula 1-style single-seater.

While this brief Instagram clip doesn't show the parts that let this control the throttle in the game itself, there are no doubt some other non-cardboard or string components that make it work in the background. Several of the 24 Hours of Lemons' iRacing No Pedal/No Wheel Invitational rigs have gotten creative with this, repurposing things like bicycles and junkyard 300ZX HVAC controllers to use with the game. Some program inputs on a Raspberry Pi budget-computing system, and others just use string to hook up their weirdo controller to a traditional one.

Even then, making a cardboard wheel is sure a lot less expensive than getting a full traditional sim setup. Bravo!