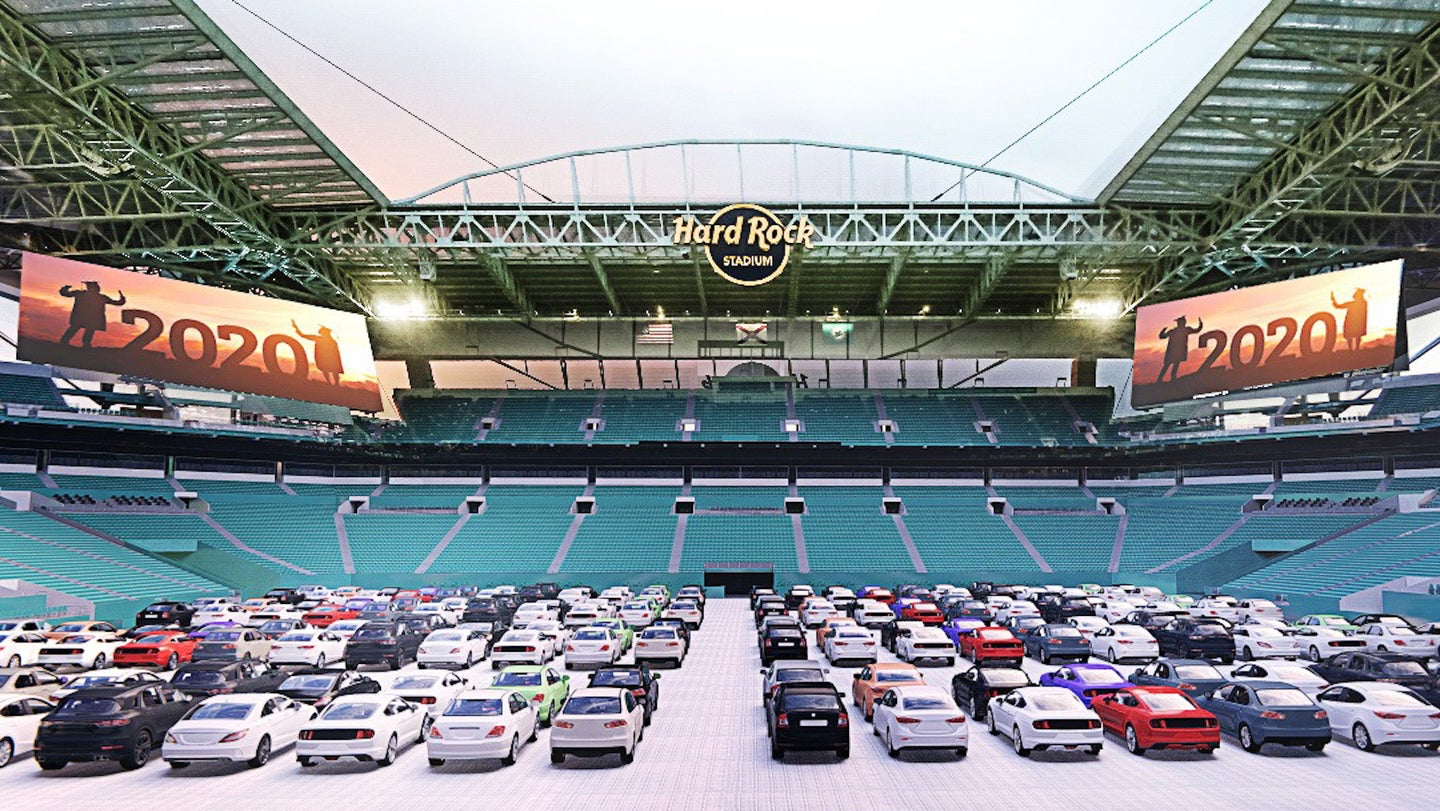 Drive-in movies have become the go-to for film fans as the coronavirus pandemic has forced everyone out of traditional theaters. And while the old-school experience might not be for everyone, those who enjoy watching a flick from the comfort of their car can thank the Miami Dolphins for its recent, and admittedly neat solution. The Hard Rock Stadium, the team's home field and the site for last year's Super Bowl LIV, will become a new-age drive-in theater complete with giant screens and in-car food deliveries.

The team will repurpose four enormous displays that were installed during a recent renovation to feature historic Dolphins games, classic films, concerts, and may even be used for virtual commencement ceremonies and other events. Food and beverage will be available with online ordering and can be delivered to the cars on the stadium floor. Hard Rock can hold over 65,000 fans, but only 230 vehicles will be able to park on the venue's floor, parked in several rows facing the screens. It’s unclear how the logistics of getting people in and out will work, or if there will be limitations on the size and type of vehicle that will be allowed in the venue, but it’s hard to imagine that being parked behind a bro-dozer will make for a good viewing experience.

The Dolphins are preparing for an upcoming NFL season that will look dramatically different than it did before, and the only thing team representatives have said, for sure, is that there will definitely be a season this year. To help get things rolling, the team has released plans to host just 15,000 fans in the stadium for games, but it'll have to pass muster with the league and local government officials. The good news is that Hard Rock Stadium is the first public facility to earn a Global Biorisk Advisory Council STAR accreditation, which involves meeting a set of standards for cleaning, disinfecting, and working to prevent infectious diseases.

We don’t have a full schedule of the drive-in events yet, but the team says that the calendar would be available in the next few weeks. If you’re in the area and want to find out more, check the stadium’s site here.

Dozens of travelers claim that Ace Rent A Car is demanding money for non-existent damage.