Rush into low-speed shuttles hasn’t panned out for the French firm, which is now shifting to third-party development work. 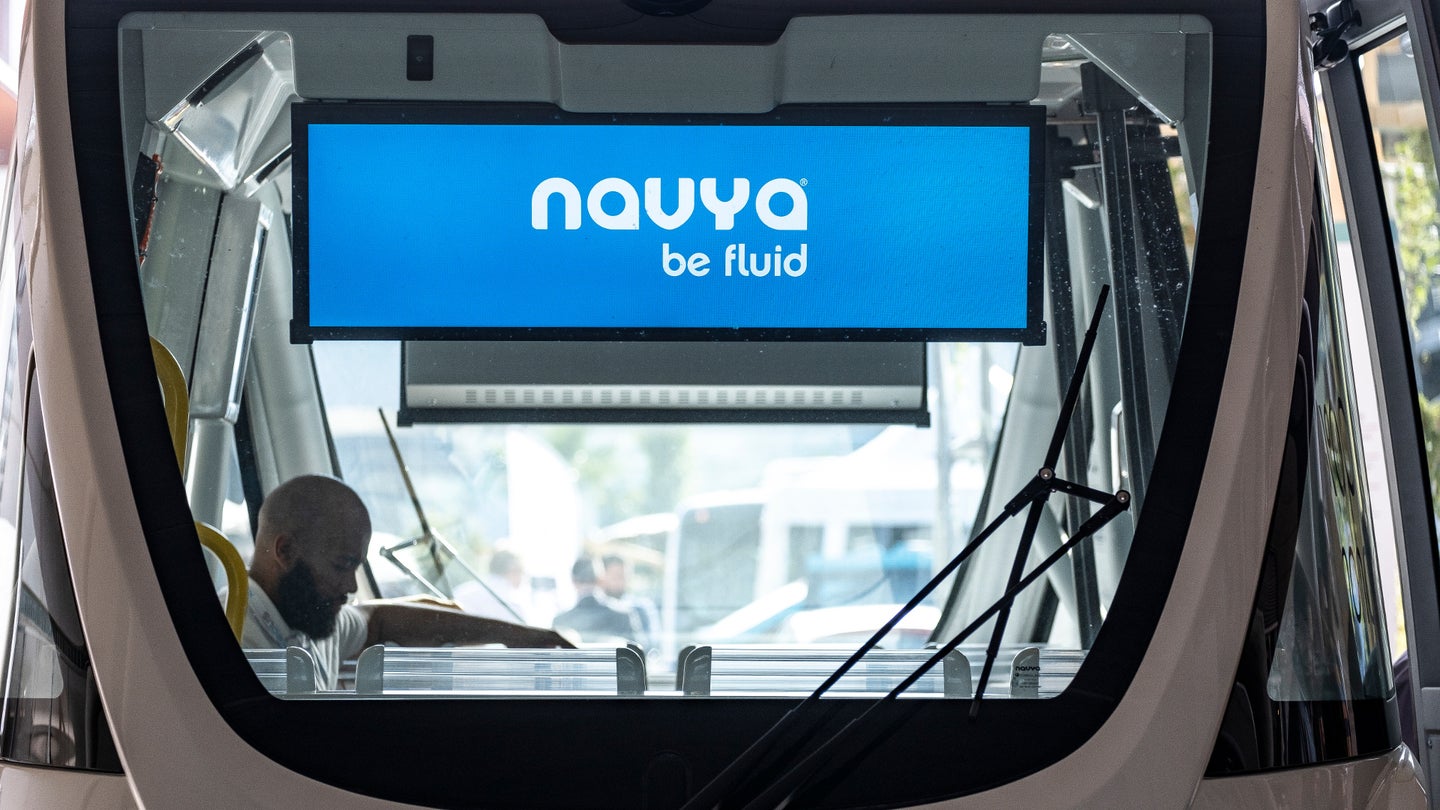 With all the headlines heralding an autonomous future just around the corner, you might imagine that the French company's Navya's plant to build low-speed autonomous shuttles might be one that could create one of the first self-driving vehicle businesses. But just a year after an IPO that valued it at 190 million Euros, Navya's shuttle sales are down by 50% in the first half of the year and the company is backing away from its autonomous shuttle business in favor of developing Level 4 systems for 3rd party customers. This pivot, along with the Navya-involved traffic incidents recently documented by The Drive show that the once-heated autonomous drive space is turning out to be a lot trickier than some of its "pioneers" thought.

Navya's "highlights" from the first half of 2019 show just how tough the going has been for the French shuttle company. A new CEO, Étienne Hermite, has taken over and the company is drawing on 15 million Euros of financing from the European Investment Bank, has secured 20 million Euros in convertible bonds and signed a memo of understanding with ESMO and SK Telecom to develop 5G-based autonomous drive technology. The shift away from selling shuttles to living off financing as a technology developer ends Navya's bid at becoming one of the first autonomous vehicle supplier businesses, a sector which the company now admits is "experimental." Navya will "maintain shuttle production during this transition phase," but having recently opened a factory in Michigan its manufacturing business will wind down as it reduces sales and marketing costs.

Like Elon Musk, Hermite seems to be at least partially blaming (largely nonexistent) regulation for what seems to have pretty clearly been a premature rush into a nonexistent market with insufficiently-developed technology. According to the new Navya CEO

“I firmly believe that the autonomous mobility sector represents the future of goods and passengers transport, as illustrated by the increasing intensification of our ecosystem. Its wide-scale implementation is, however, taking longer than anticipated at the time of our IPO. The market is still in an experimentation phase, as complete autonomy has not yet been achieved, the regulatory framework has yet to be uniformly established and economic models are continuing to evolve. We have decided to adapt our business model: thus, we will now provide our technology to industrials who want to make their vehicles autonomous (goods and passengers transport). Thanks to this new orientation, I am convinced that the teams’ commitment and our technological leadership will be decisive assets that will enable us to seize market opportunities and make NAVYA a world leader in autonomous driving systems”.

Regulators make for a good excuse, but the reality is that for all its overhype and remaining problems most autonomous drive technology is still farther along than any efforts to regulate it. Certainly, any company who wants to find friendly localities in which to prove their driverless technology can find no shortage of them, including states like Florida that have explicitly approved the driverless operation of vehicles on all state roads. In the words of Stefan Seltz-Axmacher, CEO of Starsky Robotics which is building a trucking and logistics business using a mix of autonomous and remote teleoperation technologies and recently hit freeway speeds in a fully uncrewed truck

"Anyone who says autonomy is not here because of regulations is either stupid or lying,"

For now Navya can blame regulators and "the penalty of leadership" for its woes, but its multiple collisions raise questions about whether its autonomous drive technology is even advanced enough to earn it much business as a 3rd party developer. Even for its low-speed operation and limited domain, Navya's autonomous drive system is crude enough to stretch the very definition of the term. But at least by refocusing on development, Navya has the opportunity to learn from incidents in Las Vegas and Vienna and hopefully update its system with better pedestrian-tracking sensors and exterior communication systems to prevent inadvertent collisions. As experimental as the market for autonomous shuttles may be, one of Navya's most important lessons is that the technology itself still has a long way to go too... and that development, not sales, really should be the focus for now.