The next step for a sedan already equipped with vehicle-to-vehicle communication tech. 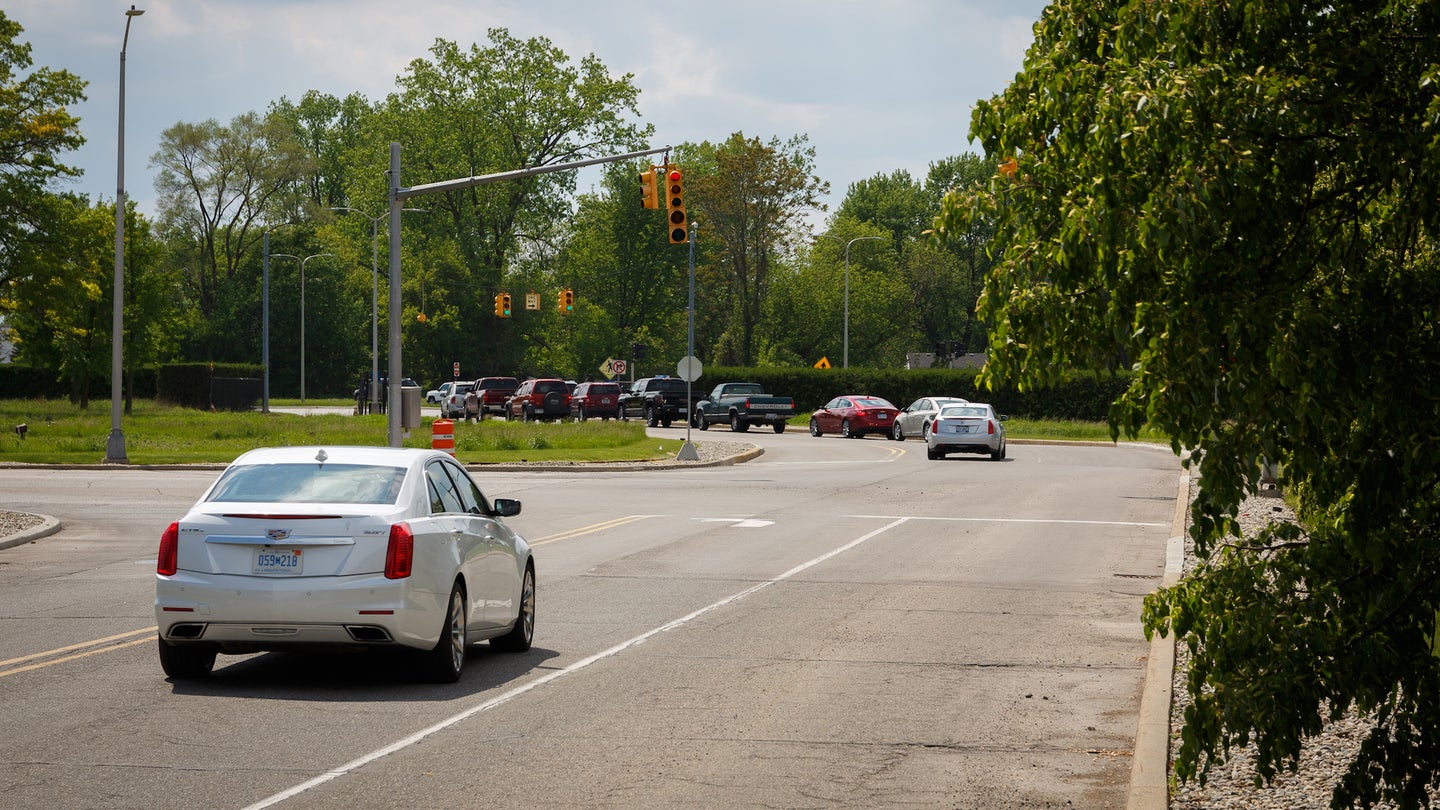 General Motors has managed to successfully bring vehicle-to-infrastructure—also known as V2I—communication to a Cadillac CTS test vehicle, a car that already comes equipped with vehicle-to-vehicle technology, according to a press release the automaker released Tuesday.

The car's new V2I tech works as a driver aid, allowing the CTS to interact with traffic lights and similar roadway infrastructure. The tech was successfully tested in Michigan near the GM Warren Technical Center.

By communicating with traffic lights, the car was notified that the signal ahead was turning red. That helps make the decision to brake or speed through the intersection.

When the car communicates with items like traffic lights, it uses tech called Dedicated Short-Range Communications, or DSRC. The tech can transmit 1,000 messages a second across a distance of about 1,000 feet, Cadillac says.

No car-specific data like VIN numbers, plate information, or anything of those sorts are sent to the infrastructure items, according to Cadillac. (Basically, it won't rat you out if you ran the light.)

Cadillac also claims that the V2I wireless signals are encrypted and "cannot be interfered with," something sure to reassure anyone worried about the potential threat of vehicular hackers.

It's unclear when the V2I tech will be fitted to any of Cadillac's production car, or what sort of widescale alterations would need to be made to existing infrastructure to accommodate the system. But as autonomous cars move closer to production, it seems more and more likely that such tech will be making its way into traffic lights and other roadway electronics one way or another.

Mercedes-Benz, VAIO Team Up to Give This Laptop Engine Sound Effects

Sure beats the usual startup chime.