The Brit only needs to finish in fifth place or better to clinch his fourth world championship. 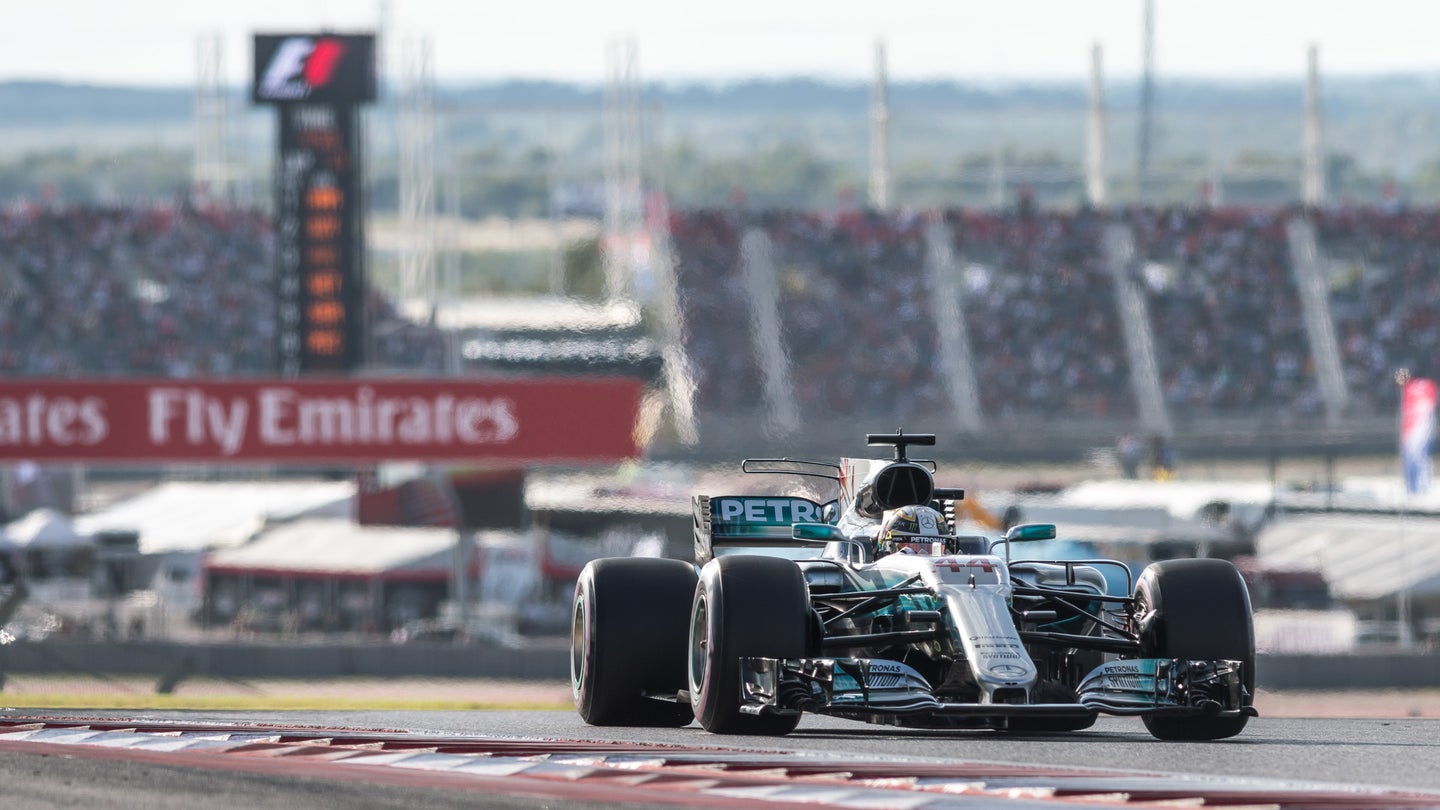 Lewis Hamilton's recent string of dominance has set him up for success at this weekend's Mexico Grand Prix. The three-time Drivers' champion has won seven of the last 10 races, catapulting him ahead of longtime lead holder Sebastian Vettel and creating a 66-point deficit in the process. After his most recent win in Austin at the USGP, Hamilton only needs a fifth-place finish or better to take the title and seeing as he's the only active driver to have won in Mexico City in the past, things are looking up for the 32-year-old Brit.

Hamilton's stance is also comparatively favorable to that of Vettel's. While Lewis took home the victory in Mexico last year, his Ferrari rival has only managed a career-best finish of fifth place. Additionally, his 10 points at the race are significantly less than Hamilton's 43 total points since the event's return to the calendar in 2015. The only other driver to win at Autódromo Hermanos Rodríguez in the last two years is former Mercedes driver and reigning F1 champion Nico Rosberg.

The high-speed sections of the track will also fall to Hamilton's advantage. While much of the Mexican circuit is tight and technical, the lengthy pit straight allows for enormous speeds as high as 231 miles per hour (372.5 kilometers per hour). The Silver Arrow team's speed has proven triumphant over that of Maranello and Red Bull in 2017, and the fastest parts of the circuit will put that quickness on display as Friday's first practice showed.

Mexico's Grand Prix circuit sits at the highest elevation of any F1 track as it skies 2,200 meters above sea level. This will put physical stress near a season-high matching that of Singapore's extreme humidity and heat. Hamilton's performance at Marina Bay proved successful even though Vettel crashed on lap one, so it's up in the air as for who will withstand the lofty track setting.

Saturday's qualifying round should give a hint to how this weekend will play out. Luckily for Hamilton, he's the only current driver to achieve pole at Mexico, racking up one of his 72 career P1 starts there last year.