Felipe Massa Thinks Williams F1 Would Be Worse Off Without Him

With talks of replacement, could the 15-year veteran be out of a job come 2018? 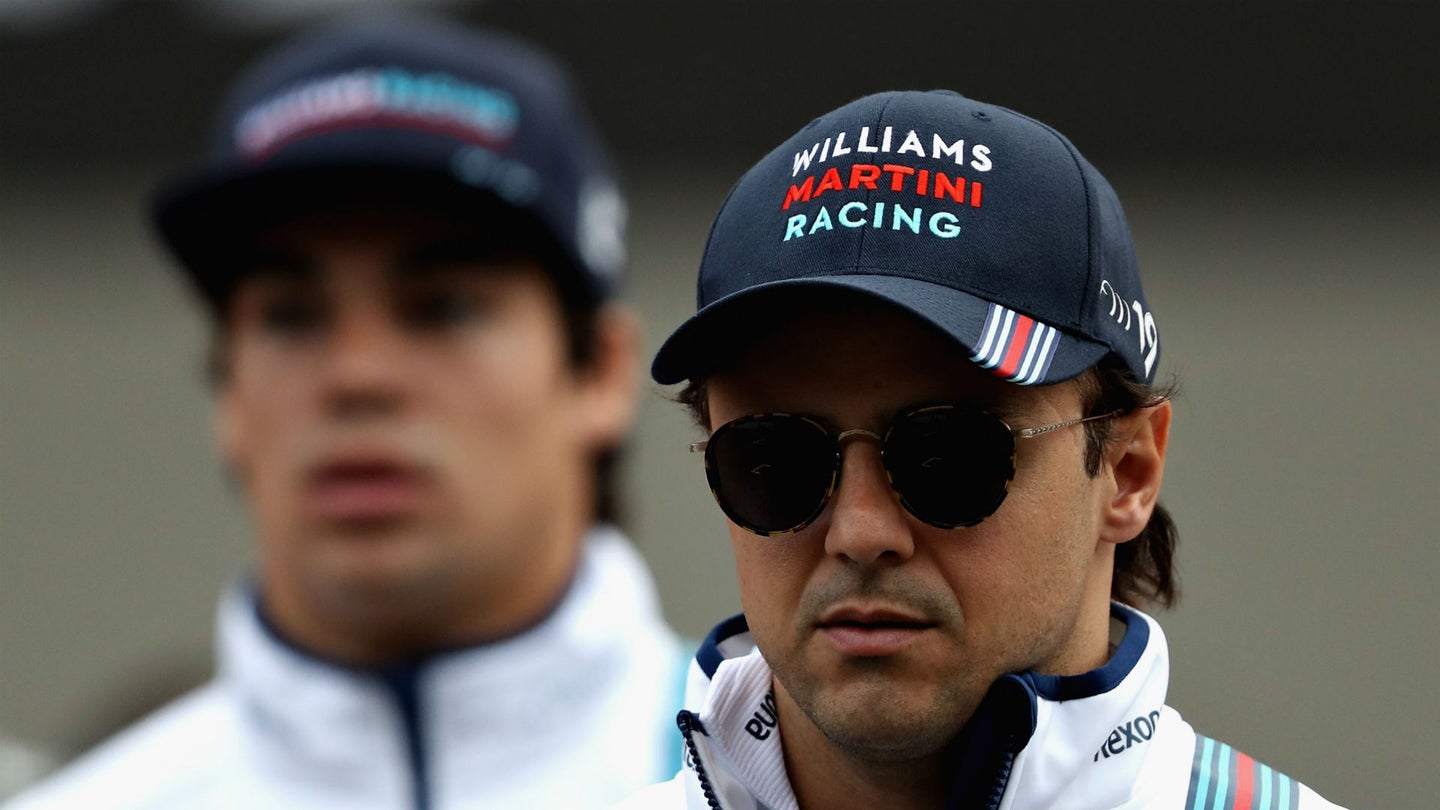 The rumor mill has churned out talks regarding a Williams' 2018 driver team switch up, none of which seem to include veteran Felipe Massa staying put. It has been reported that young gun Paul Di Resta and former Renault driver Robert Kubica are battling it out for a spot alongside Lance Stroll, all while leaving out the 36-year old Massa in next year's plans. Previously, this didn't seem to be an issue within the organization as the Brazilian driver had taken a relaxed stance on his position, but now, it appears as if he may want to stick around a while longer.

Massa, who had previously retired in 2016 before coming back to replace Valtteri Bottas at Williams, believes his experience can be a major benefit to the British outfit. He's quoted in a recent interview saying, "I think it’s frustrating that the team is trying to go for a direction that can really be much worse for the team than keeping the same (drivers),” according to Autoweek.  This all seems to contradict his former stance on staying in Formula 1 in which he was mostly indifferent towards what happens after this season.

“Lance (Stroll) is growing a lot, and to be honest I’m really doing a great job with my driving, so I think the team has a direction that it can just be positive to keep it the way it is. If the team changes something, they can pay more than it costs to keep me."

While his race proven know-how may give him an edge over the other competitors, his performance on paper has been the worst since 2009. Massa has scored 34 points this season, landing him outside of the top ten in the current drivers' standings. This, he believes, does not reflect his capability, however.

“I think the team knows 100 percent what I am able to do," Massa said. "Where I am in the classification in the championship now I am not because of my mistakes, I am because of things that happened in three races, that I lost maybe 30 points. If I had the points that I’m supposed to have, not from my mistakes during the season, I would have been maybe fighting very close to the Force India guys.”

In the end, Massa believes that money could be the deciding factor for Williams. As costs continue to skyrocket, the non-factory backed team has to pay a tremendous amount out of pocket which would only be increased by bringing in a new driver. Massa says that it would be much cheaper to keep him on board than hiring Di Resta or Kubica.

Massa does request that, regardless of what happens next year, he'd like to know the team's choice before his home Grand Prix in Brazil on November 12. He has already explained that he would join Formula E following his retirement from F1, but his affection for the Brazilian fans remains at the top of his list.

"For sure, if I don’t know in Brazil I will try to enjoy my last race at home. It doesn’t mean I have to say 'bye bye everybody,' If I need to wait one or two weeks, it won’t change my life completely.”